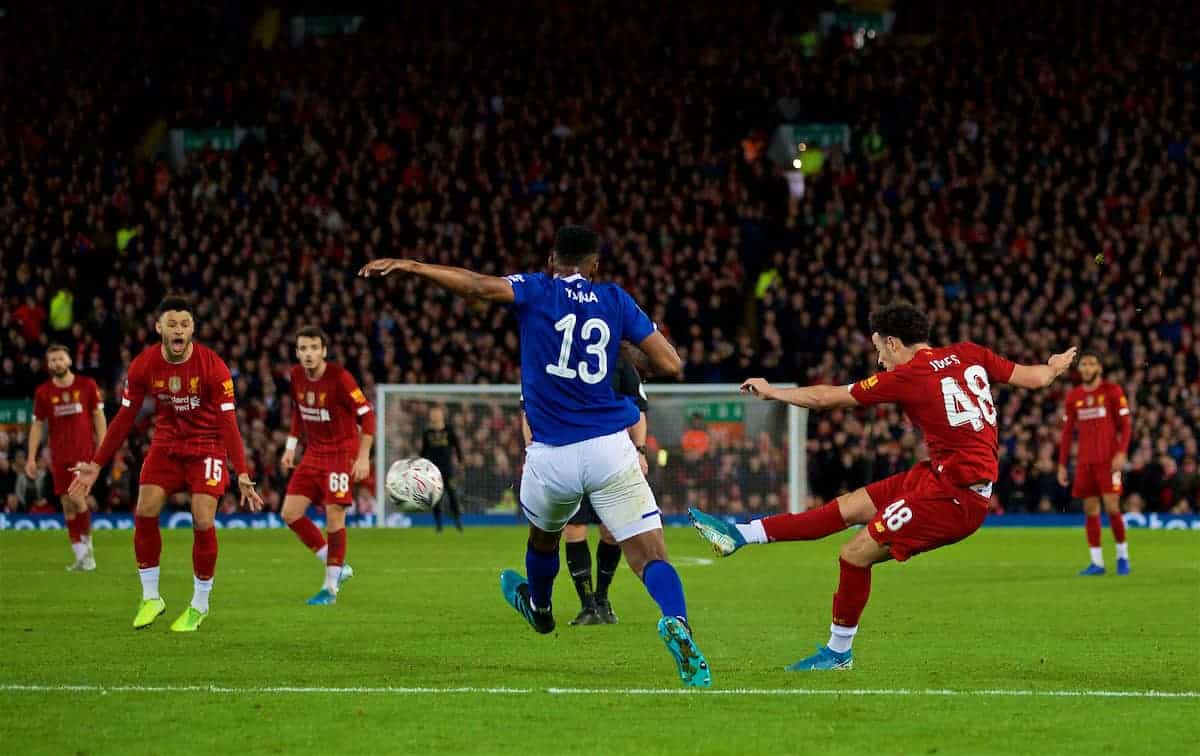 Liverpool won 1-0 at home to Everton in the FA Cup third round on Sunday, with Curtis Jones‘ sensational strike earning a much-changed Reds side victory.

Liverpool faced their Merseyside rivals in the cup for the second time in three seasons, but the Blues were the bookies’ favourites pre-match due to the Reds’ heavily rotated side.

It was an undoubted risk from the manager, but one that paid off emphatically in the end.

An early injury to James Milner was far from an ideal start and Adrian had to make three important saves to thwart the visitors.

Liverpool created opportunities of their own, though, and Minamino missed a glorious chance to head home on his first appearance.

In the second half, the Reds youngsters did themselves proud, comprehensively outplaying Everton, who didn’t register a shot on target after the break.

It was left to Jones to make himself the star man on the day, with the 18-year-old curling home majestically with 20 minutes remaining.

It was his first senior goal on his first Anfield start, in the derby, by a lad born in Liverpool city centre.

The Reds held on as their Merseyside rivals continued to create very little.

Next up for Klopp’s men is a trip to Tottenham next Saturday (5.30pm GMT), on what will be a stern test in north London.

The draw for the fourth round takes place on Monday evening.