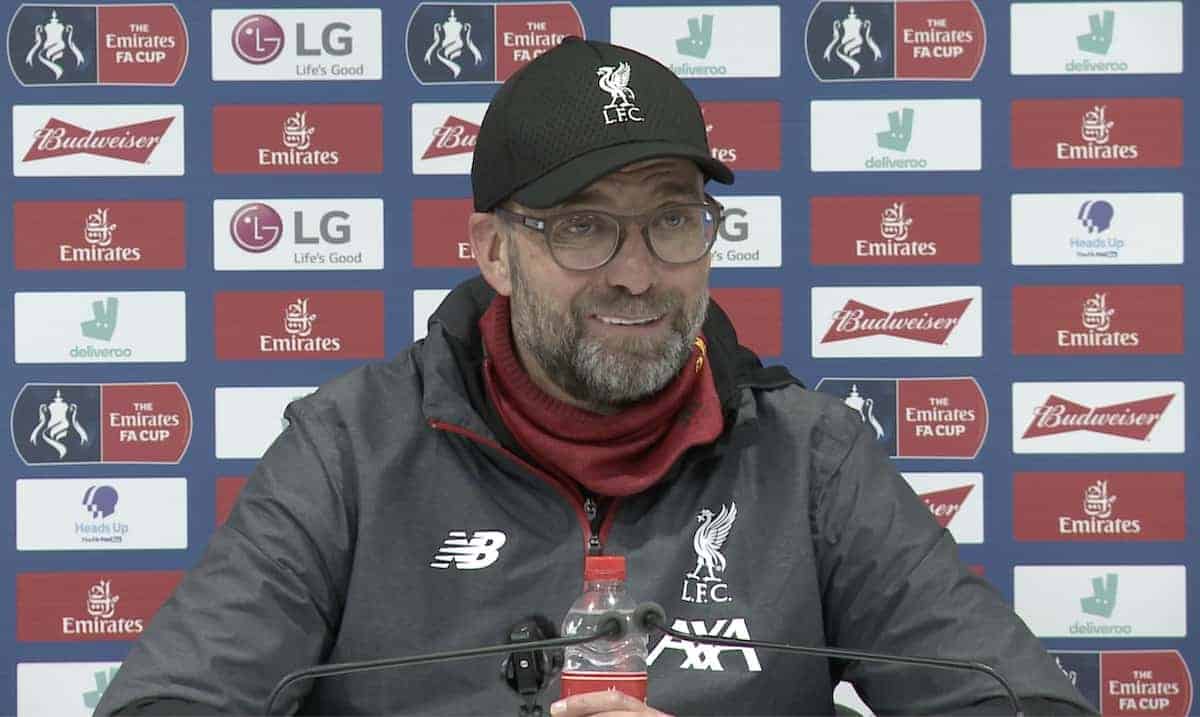 To a man, Jurgen Klopp thought Liverpool were simply “outstanding” as they progressed to the next round of the FA Cup with a 1-0 win over Everton.

In the knowledge that sweeping changes were set to be made in the aftermath of the Reds’ festive fixture list, many were preparing themselves for a multitude of eventualities.

But there was only one which came to fruition, with Liverpool continuing to heap misery on Everton after Curtis Jones notched his first senior goal for the club in sensational fashion.

The 18-year-old was joined by a host of fellow academy stars and a sprinkle of experienced figures as the Reds swept a strong Everton side aside to progress to the next round of the FA Cup.

And the manager was full of praise for his side after a “sensationally good performance” from each member of the squad.

“All the rest of the night was absolutely perfect, I have to say,” Klopp told reporters.

“I saw a sensationally good performance of a not-very-experienced team with a lot of players for them the first time playing on this kind of stage, in front of this crowd, against the opponent.

“It was outstanding, I loved it, I loved each second of this game. It was a bit too wild in the first half, that’s completely normal; if you try to show respect to our principles, it can happen that it gets a bit wild.

“But, football-wise in a lot of moments brilliant. Defensive-wise, organisation-wise, the press, the counter-press, absolutely incredible. And then we scored this goal.

“I just liked it, each individual performance was outstanding.”

The boss also touched on Takumi Minamino‘s debut, Jones’ “sensational goal”, the Anfield atmosphere and provided a brief update on the sole sour-note of the night which came with James Milner picking up a muscle injury early in proceedings.