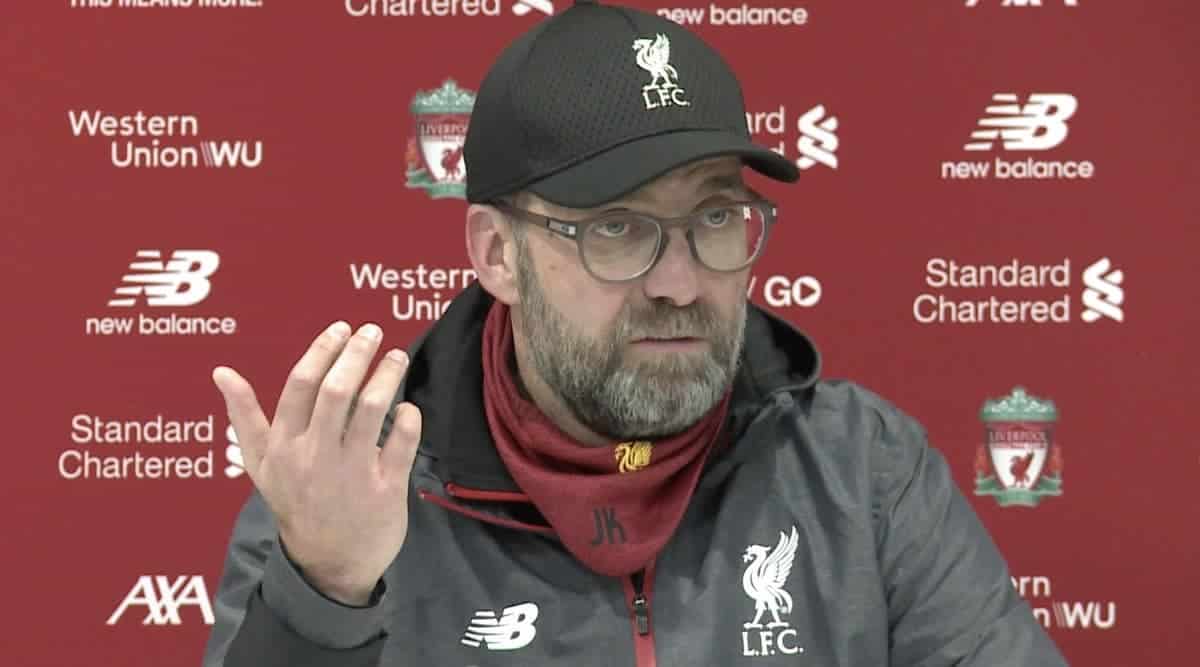 Jurgen Klopp felt Liverpool played “outstandingly well” in yet another crucial win, with the Reds emerging as 2-0 victors over Man United.

The Reds powered to a 16 point lead atop of the Premier League table following a 2-0 win over Man United.

Liverpool were the superior side throughout and while Virgil van Dijk edged the Reds into an early lead, the second would not arrive until the last kick of the game through Mohamed Salah.

And while Klopp would have prefered “we scored more” to prevent tension and nerves creeping in, he was full of praise after an outstanding performance from his side.

“Good game, really good game. We were dominant for big periods of the game and we played outstandingly well,” he told reporters after the game.

“We had three or four chances but didn’t take them and had to defend. Then Mo Salah and Alisson, what an assist, what a goal! Two really quick boys and such a relief.

“We don’t take it for granted. Either you saw or you don’t score. Even if you miss a chance, you can take positives from it. These situations are outstanding, I’m not frustrated. I would prefer we scored more so it’s not nervous but we are the clear, deserved winner.”

There was also a nod to the Anfield faithful, who broke out into “we’re going to win the league” after the final whistle, and Liverpool fans around the world, with the collective “passion” something he does not take for granted

“I don’t take [the Anfield atmosphere] for granted. There is a lot of passion around the world based on Liverpool Football Club,” he continued.

Liverpool now have a swift turnaround with a trip to Wolves awaiting on Thursday evening and focus will no doubt remain solely on clinching another three points.