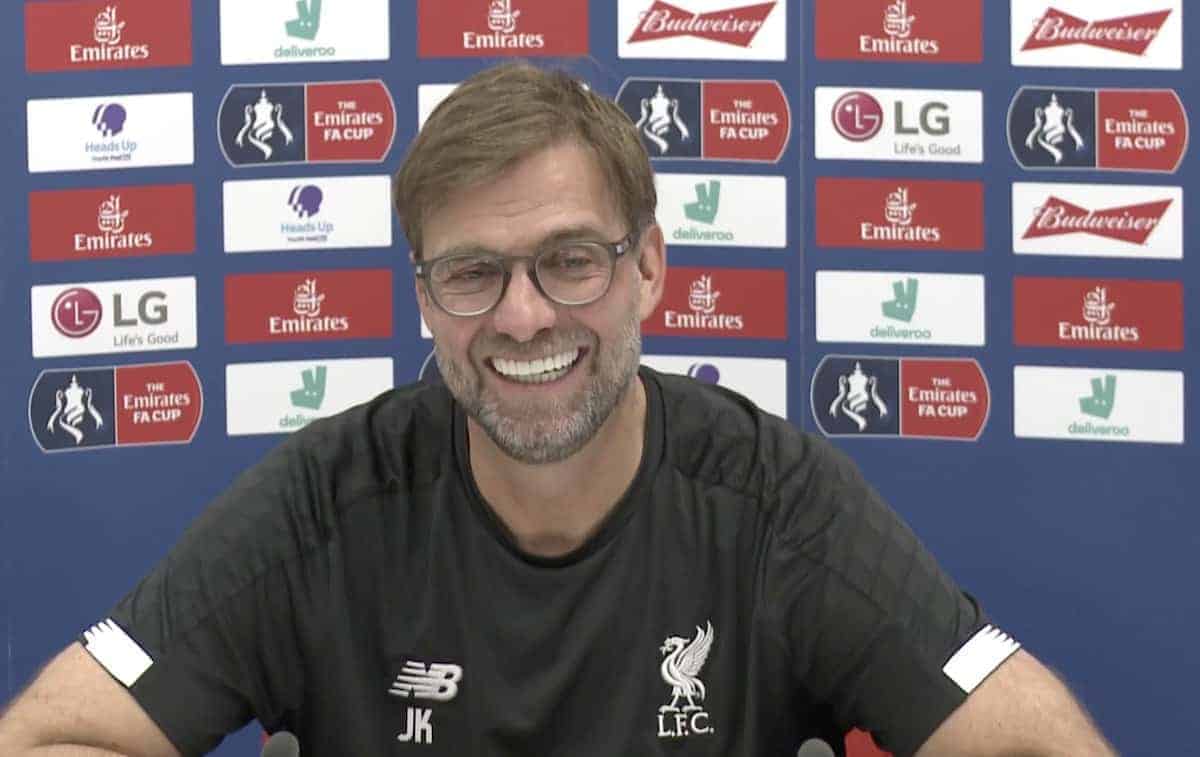 Jurgen Klopp has called on his players to take their chance at a “tough place to go” as Liverpool prepare to head to Shrewsbury in the FA Cup.

It is easy to laugh when things are going well, and Klopp’s press conference ahead of Sunday’s clash at New Meadow began as such.

“Oh, you know already before you ask that’s a shit question,” he joked, when met with a stuttering start at Melwood. “I like that! Can you still ask it? You don’t have to!”

His focus has not wavered when it comes to Liverpool’s efforts on the pitch, however, and the manager dismissed the ‘Inevitables’ nickname coined after Thursday night’s 2-1 win at Wolves.

Instead, his priorities are currently in the FA Cup, and it is expected to be a different side fielded in Shropshire at the weekend.

Fabinho, Joel Matip and Dejan Lovren are all likely to come in, while Adrian is confirmed to start bar any issues, and youngsters such as Curtis Jones, Neco Williams and Harvey Elliott should be in the squad at least.

And while it may not be the Premier League, Klopp is confident his players will approach the fourth-round tie with the same vigour as they did at Molineux.

“But I don’t think the players left a shadow of a doubt this season that they want to win the game when they are part of the game.

“Wherever it is, whoever it was, whoever was the opponent. So [a winning mentality is] very important, of course.”

Klopp could give no further update on Sadio Mane, with the winger undergoing a scan on his hamstring on Friday afternoon, but he revealed that Naby Keita is in contention for Sunday. 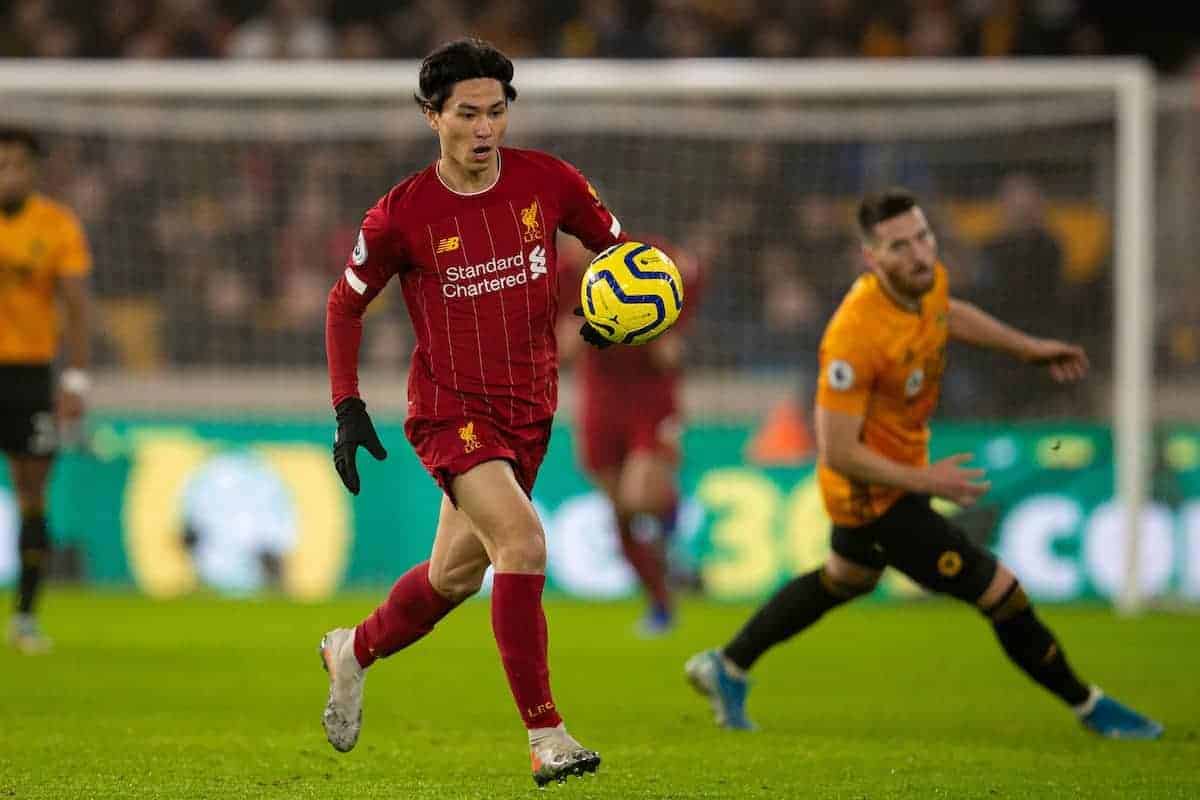 Takumi Minamino, meanwhile, will be assessed after a “super start” in his Premier League debut in midweek, with the Japan international feeling the effects early on in Wolverhampton.

He will require “fresh legs” against Shrewsbury, with Klopp under no illusion it will be an easy ride.

“We know it’s a tough place to go, how it always is in cup competitions,” he concluded, “and so that’s it.”