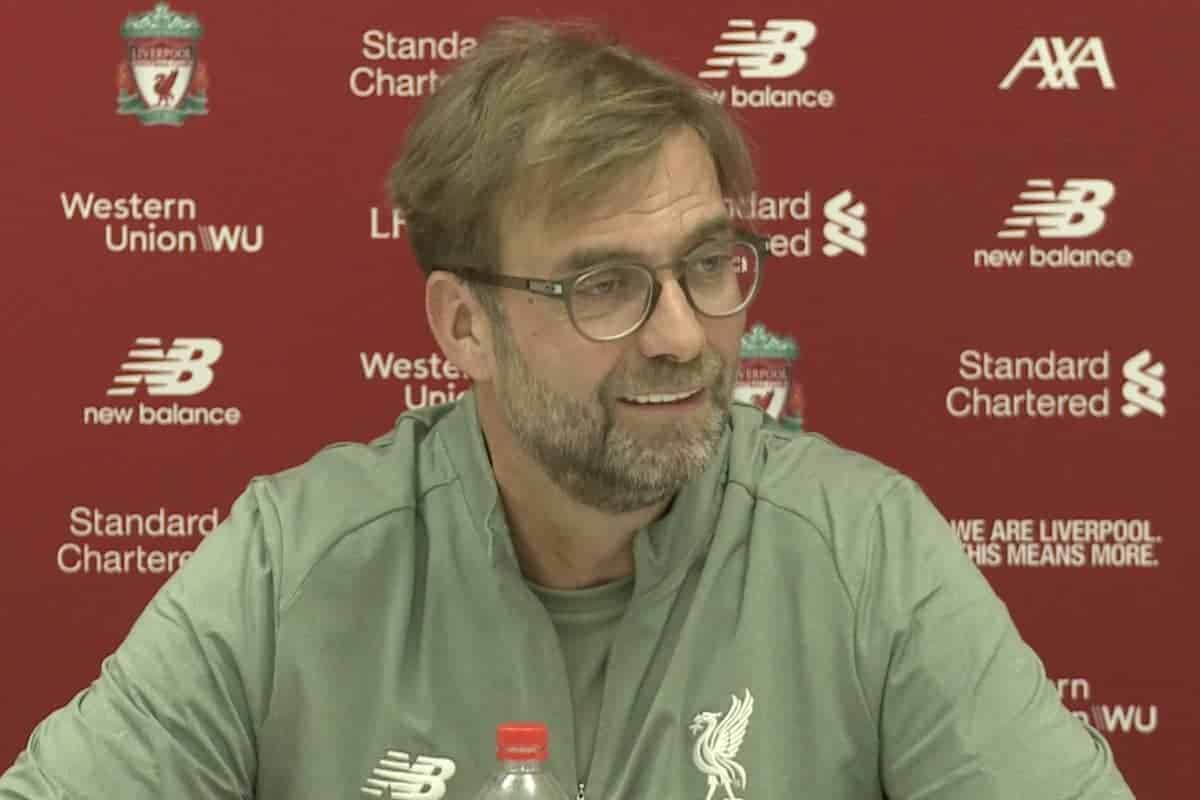 Amid continued discussions surrounding the FA Cup, Jurgen Klopp was eager to focus on the “big fight” coming up against West Ham.

The Reds meet West Ham in the Premier League on Wednesday in search of their 23rd win of the league campaign, a game which follows in the immediate aftermath of the FA Cup draw with Shrewsbury.

Klopp hit the headlines soon after the final whistle after announcing neither he nor members of his first-team would take part as they will instead “respect” the two-week winter break.

And it, of course, dominated the discussion as Klopp spoke to the media ahead of the trip to the London Stadium, where the runaway leaders meet David Moyes’ side who currently sit above the relegation zone only on goal difference.

“West Ham fight for the league and that is what it looks like. A big fight,” Klopp told reporters.

“Four or five at the back, different possibilities but we have to be ready. They have no time to waste.

“It will be just a tough one. We can do what we have to do. Fight, set the intensity level.

“Antonio and Lanzini could play and it will be tough but that is what the Premier League is all about.”

Klopp was afforded minimal time to talk about the Reds’ next opponents as questions flooded in surrounding his position for Shrewsbury at Anfield.

It was another passionate display from the manager as he continued to stress the need for the demand on players to be reduced both at club and international level.

But he insisted “we want to go the next round” and that he “will not be there not because I don’t want to but it is not about just showing up.”

“It is about the best thing for the boys and that is to have Critch there,” he continued. “The boys have a chance against Shrewsbury, 100 percent.”