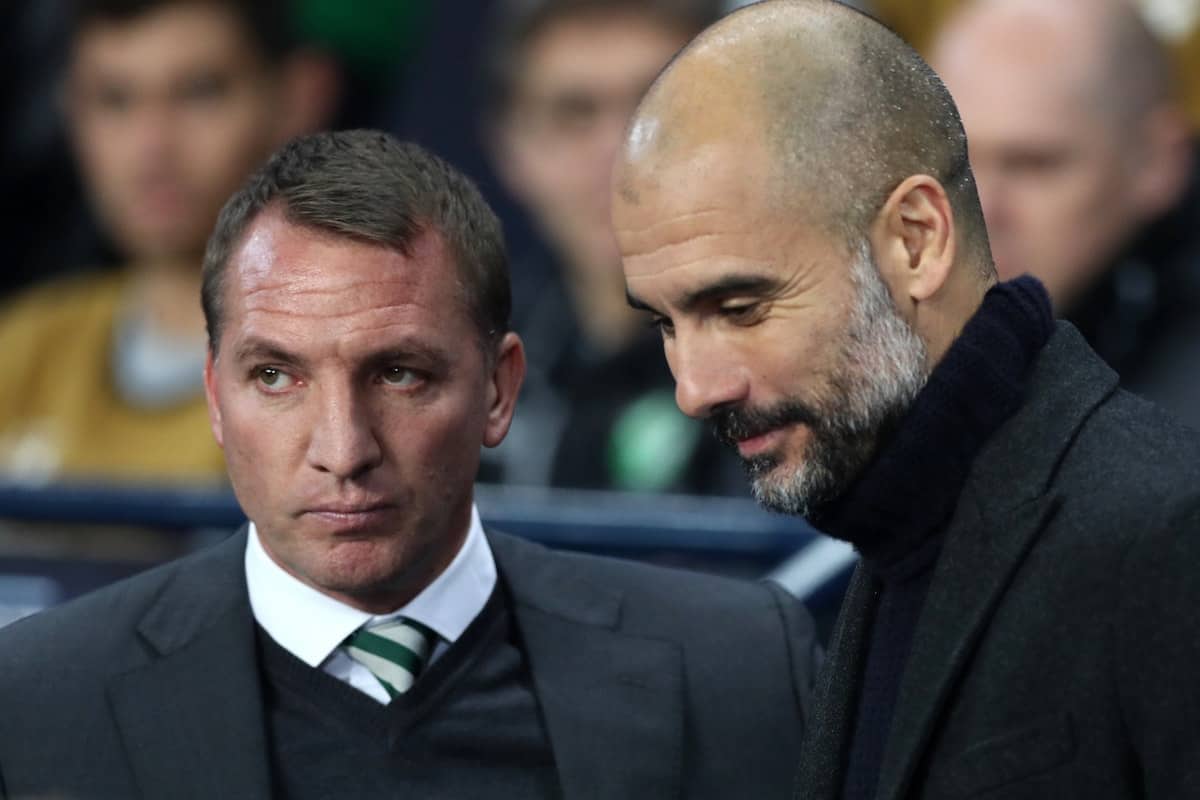 Liverpool aren’t in action until Monday night, here’s a look at the rest of the Premier League action this weekend.

Manchester City will be looking to strengthen their grip on second place on Saturday evening when they travel to a Leicester side just one place and four points below them in the standings.

Pep Guardiola’s men were one of a number of clubs who took a break from the domestic game in midweek to continue their European campaign, where league leaders Liverpool suffered a rare defeat to Atletico Madrid in the first leg of their Champions League round of 16 tie.

Here, the PA news agency looks at the main talking points ahead of the weekend’s Premier League action.

Spurs carry on without Son

Tottenham were dealt an unwelcome blow last Sunday when Son Heung-min broke his arm during their 3-2 defeat of Aston Villa, despite playing the full 90 minutes and scoring twice.

The injury is likely to leave him sidelined for the remainder of the season, an absence Spurs can ill afford after the long-term hamstring injury sustained by Harry Kane.

The club’s first fixture without the South Korea international ended in defeat as they lost their Champions League last-16 first-leg clash with RB Leipzig on Wednesday.

Jose Mourinho’s squad must now adapt as they turn their attention back to domestic action and head to Stamford Bridge on Saturday to face a Chelsea squad just a point above them in the table.

Frank Lampard’s Blues have not enjoyed a Premier League victory in four games and will be determined to hold on to their top-four position as the end of the season looms.

Can Vardy spoil the party? 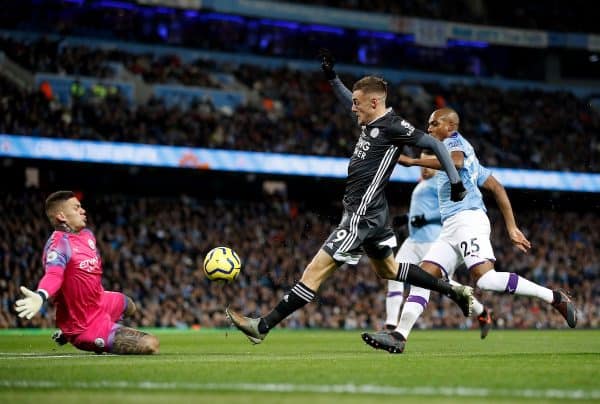 Jamie Vardy poses a unique threat to Guardiola’s Manchester City squad, having scored more goals against them than any other player across all leagues.

The 33-year-old has a chance to further establish that statistic on Saturday when Leicester host City at the King Power Stadium.

The Foxes sit a place behind City in third and can feasibly overtake them before the conclusion of the season as just four points separate the two clubs.

With Liverpool 22 points clear at the head of the table and seemingly infallible, Leicester and City are now one another’s biggest rival in the battle for the runner-up spot. 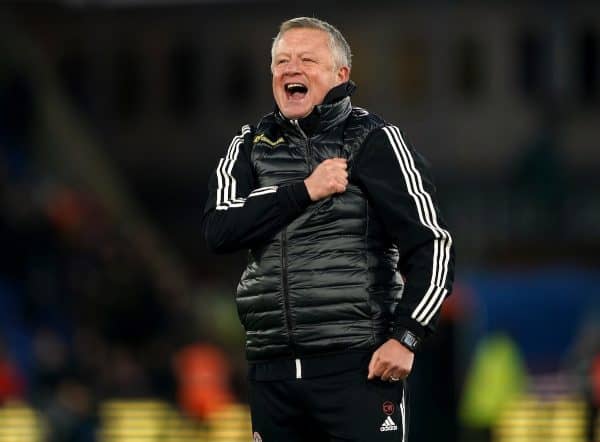 Manchester City’s two-year European ban, imposed by UEFA as a sanction for breaching Financial Fair Play regulations, could be a ticket to European football for Sheffield United.

Newly promoted to the Premier League after a 12-year absence, the Blades have defied all expectations to sit in sixth place in the table.

Only two points cover them, fourth-placed Chelsea and fifth-placed Tottenham, meaning qualification for a European competition of some form next season is a very real prospect.

Their chances are greatly improved by the potential voiding of Manchester City’s Premier League placing, which would elevate Chris Wilder’s squad in the qualifying places and could determine whether they will partake in the Europa or Champions League.

The added significance of their table finish will no doubt motivate United as they face Brighton on Saturday, a team against whom they could secure a comfortable three points as the Seagulls suffer a six-game winless league run.

Arteta becomes an enemy of Everton 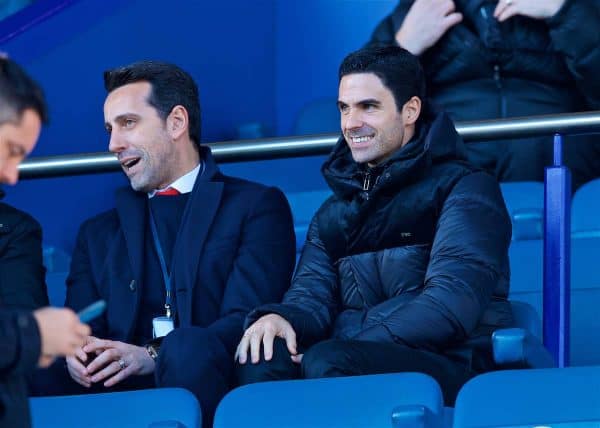 Mikel Arteta will face former club Everton on Sunday for the first time since his appointment as Arsenal manager.

The Spaniard spent six years of his playing career with the Toffees, eventually departing in 2011 when the Gunners bought him for a reported £10million.

After five years of wearing an Arsenal shirt, Arteta retired in 2016 and took up a coaching position at Manchester City before the dismissal of Unai Emery made way for his return.

The Gunners have slowly returned to form under the 37-year-old’s leadership and are currently unbeaten in six games.

Their weekend rivals are enjoying their own five-game unbeaten run, however, and sit a place and two points above Arteta’s team in the table.

Though Norwich are four points adrift at the foot of the Premier League table, only three points separate the five teams that sit above them.

The Cherries travel to Turf Moor to tackle the in-form Burnley on Saturday and could certainly do with taking three points from what will be a testing fixture.

Seventeenth-placed Aston Villa seek to avoid a third successive loss as they head to Newcastle, a side who have also lost their last two matches but are better placed to absorb a defeat with a table spot of 13th.

It is the three clubs already in the relegation zone that have toughest assignments ahead of them, however, with Watford tackling Manchester United and Norwich facing Wolves on Sunday and West Ham coming up against the unbeaten Liverpool on Monday night. 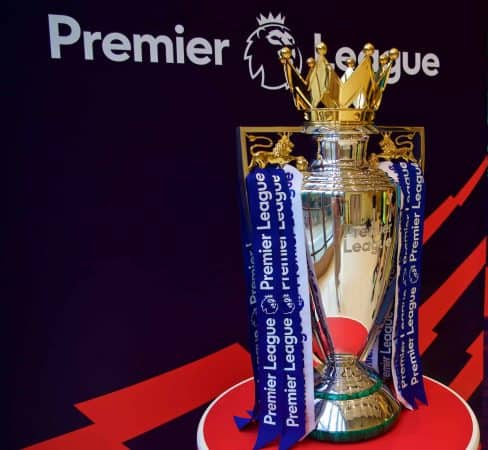