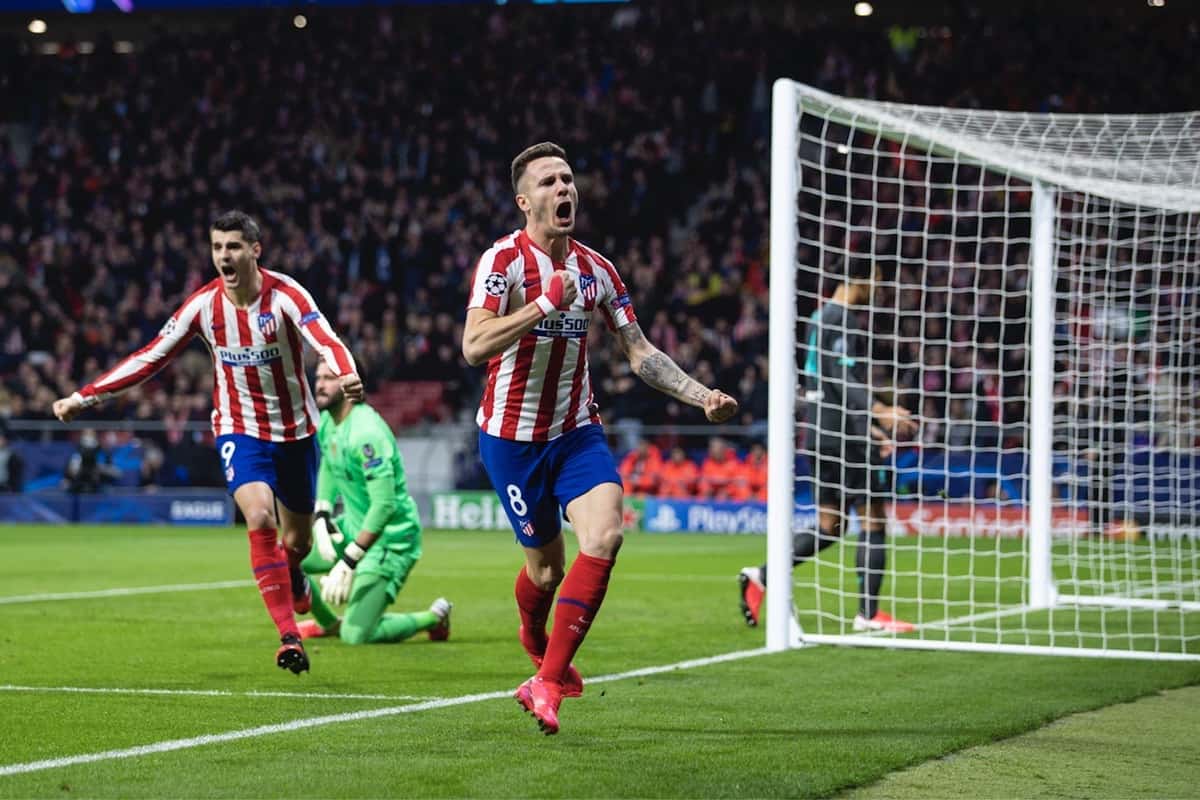 Liverpool will have to overcome a first-leg deficit if they are to progress in the Champions League, after a 1-0 defeat in Madrid.

There was an early goal the last time Liverpool were at the Metropolitano Stadium, in the Champions League final last June, but this time the goal wasn’t for the Reds.

The home side started at a fast pace and were ahead inside four minutes when Saul Niguez poked home from five yards after a corner bounced to him off Fabinho.

It was a tough opening 10 minutes, but from there it was very much as you’d expect, with Atletico ahead it suited them perfectly to defend deep and organised.

It was a typical Diego Simeone performance, with niggling fouls and play-acting and the referee buying them every time.

However, Liverpool weren’t at their best either, with Andy Robertson having to stretch to poke away a cross that was destined to be put in, and Alisson making a save to deny Alvaro Morato after Virgil van Dijk missed a header.

At the other end, Liverpool failed to get a shot on goal in the opening 45 minutes, with Mo Salah‘s blocked effort the only real chance of note.

There was a half-time change, with Sadio Mane – making his first start since injury – replaced by Divock Origi.

Liverpool were better after the break, playing quicker and more positively, but Atletico dropped deeper and continued to defend with perfect organisation.

A superb Joe Gomez cross presented Salah with an opportunity but he couldn’t get his header on target.

Atletico had a huge chance to make it 2-0 midway through the second half, but Morata slipped as he was about to shoot.

Klopp brought on Alex Oxlade-Chamberlain in a bid to add some shooting threat, with Liverpool yet to have had a shot on target.

An injury to Jordan Henderson added another negative to the Reds’ night, replaced by James Miner with 10 minutes remaining.

But the Reds weren’t able to produce a piece of magic to unlock the Atletico defence and in truth never looked likely to get a crucial away goal.

Liverpool ended the game with over 70% possession but without a shot on target, they’ll need to find a way to break down the Simeone-coached side back at Anfield.

Despite the result, the reigning European Champions will still back themselves in the return leg in three weeks’ time on March 11.