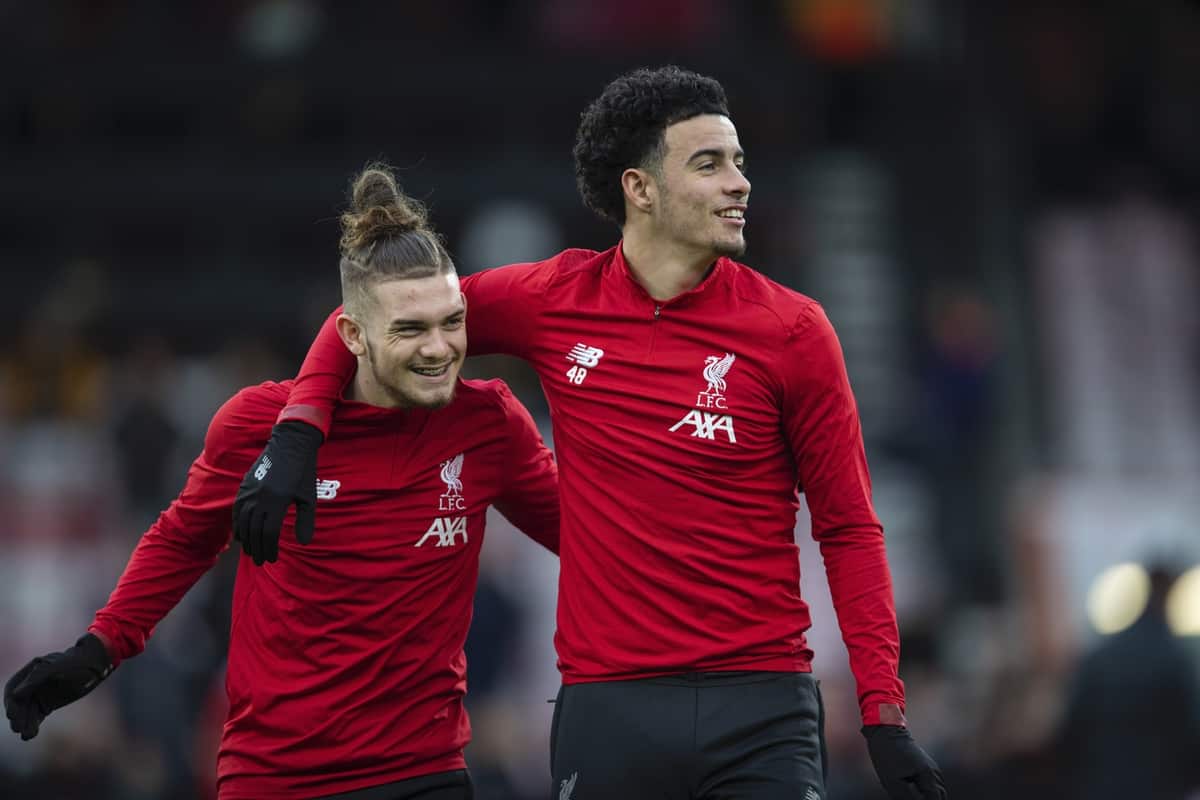 Neil Critchley has named the lineup many expected as Liverpool’s under-23s take on Shrewsbury in their FA Cup fourth round replay at Anfield tonight.

With no senior players available and injuries restricting him in some areas, Critchley has still been able to field a strong youth side to face their League One opposition.

Caoimhin Kelleher starts in goal, with the Irishman making his fourth appearance of a profitable season so far, despite being behind both Alisson and Adrian in the pecking order.

His back four is comprised of Neco Williams, Ki-Jana Hoever, Sepp van den Berg and Adam Lewis, as Yasser Larouci misses out at left-back.

Pedro Chirivella should take up the No. 6 role as his revival campaign continues, having stayed at the club beyond the end of the January transfer window.

Harvey Elliott starts on the right flank, with Curtis Jones on the left and Liam Millar up front, making his debut for the first team after returning from a loan spell with Kilmarnock.

Jones has been confirmed as captain, making him the youngest-ever player to wear the armband for Liverpool. 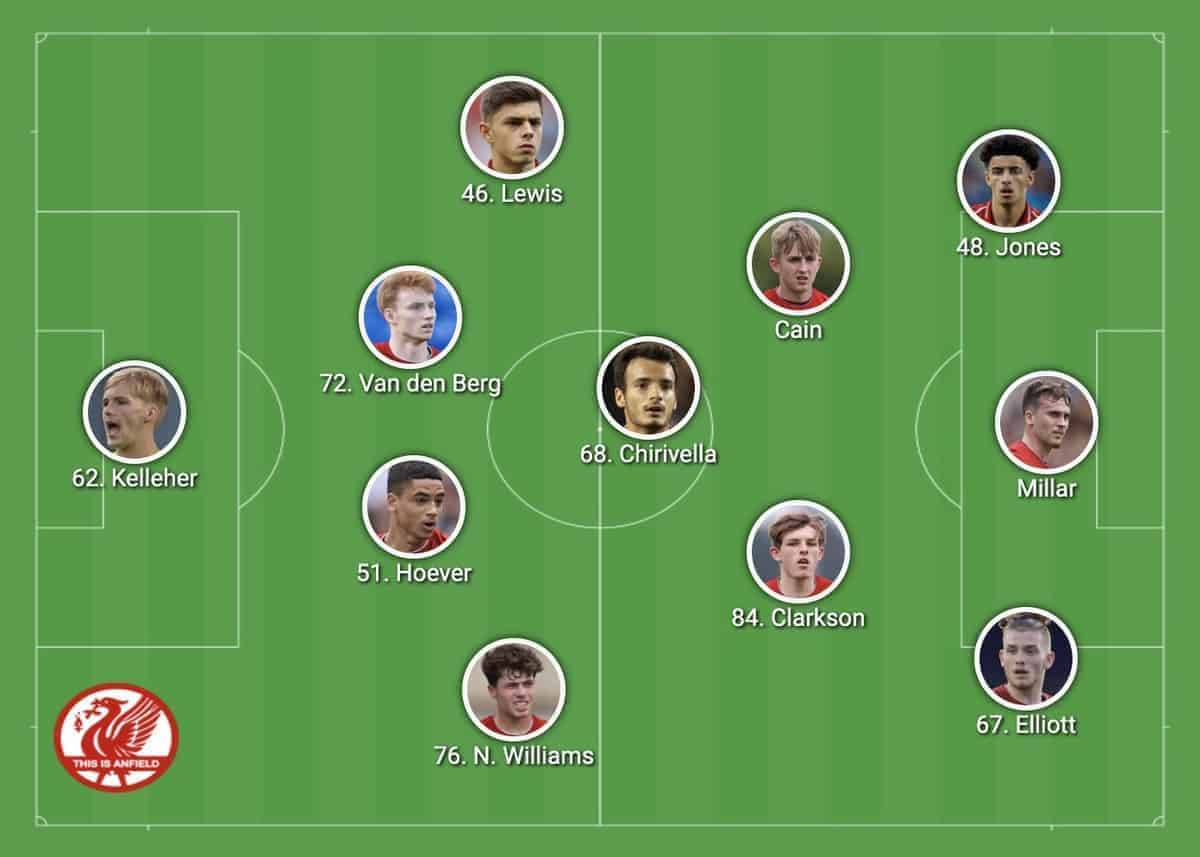 The under-23s manager spoke to reporters on Monday, and insisted that despite the absence of Jurgen Klopp and his senior squad, Liverpool were not writing off the FA Cup.

“We’re talking about how we can do well and the things that we’re going to need to do well to give ourselves an opportunity of being in the game,” he said.

“Is there maybe more pressure now on Shrewsbury to win the game because of the team that we have out? Possibly. But that might work in our favour.”