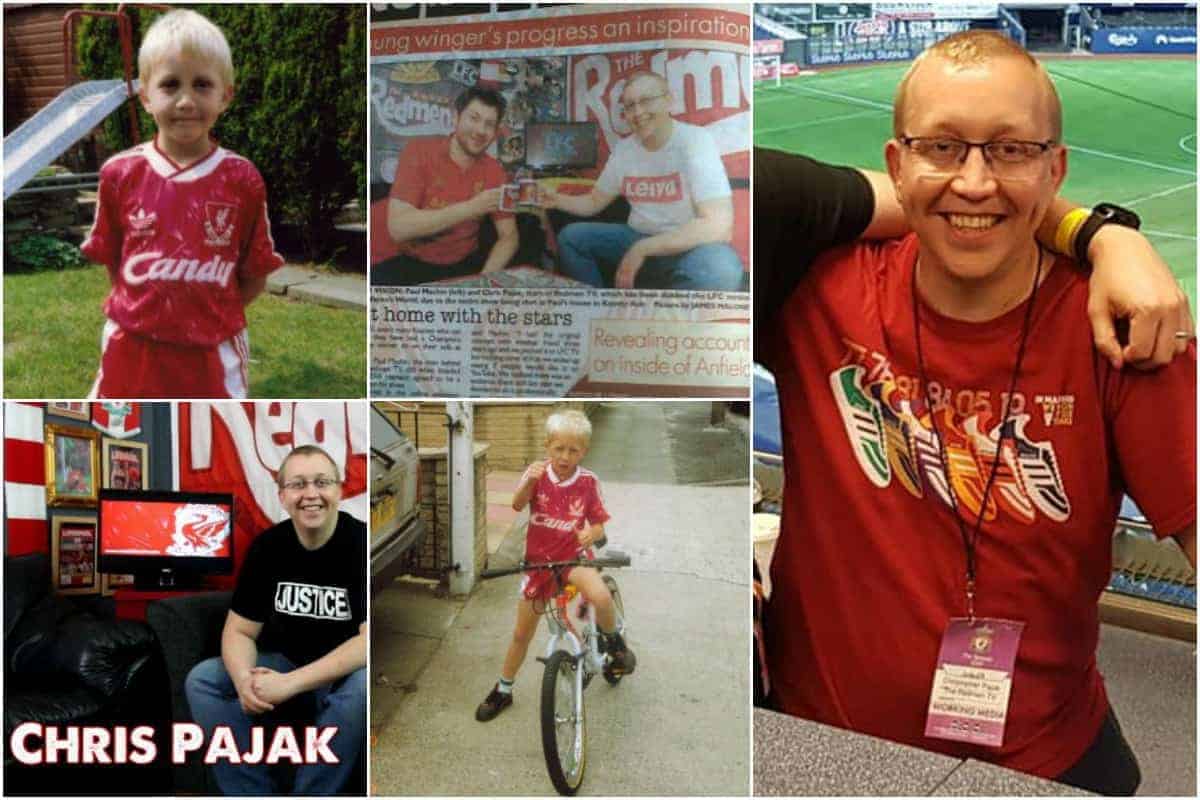 “I knew I was gonna be a part of this for life” – My Liverpool Life: The Redmen TV’s Chris Pajak

In the latest edition of ‘My Liverpool Life’, which delves into the colourful lives of supporters, Chris Pajak shares tales and stories of his life as a Red.

My Dad. He wouldn’t have it any other way to be honest. I did have a wobble one day after nursery though.

My two best mates were Blues (I was two or three at the time and didn’t know any better) and they’d convinced me to support Everton. I came home, told my Dad and he just, without thinking, said “get out”—he locked me out of the house.

I cried my eyes out and came back in a Red about two minutes later. To this day I am so thankful to him. I wasn’t cut out for a life of misery.

The first game I remember going to was Liverpool against Bristol Rovers in the cup. We won 2-1 with goals from McManaman and Saunders. I think it was a replay.

I just remember parking up by Georgesons garage and walking up to the stadium. It was the greatest feeling. Just me and my Dad, proper special times.

We sat in the old paddock and that feeling when I saw the inside of the stadium for the first time. I still get it now at grounds I’ve never been to before but this was 100 times more special.

This was Liverpool and I knew I was gonna be a part of this for life.

It’s this season. It has to be. We’ve got world-class players all over the pitch. We’re the best team in the world and we consistently do things that surprise me.

I’ve never laughed so much inside a ground at some of the things we’ve done to teams.

The heart, determination, drive and will to win is only matched by the talent, guile, execution and ruthlessness of this side.

There may have never been a better time to be a Red. Drink it in, enjoy it because we’ve waited long enough!

Home and away. Still not as many aways as I’d like. I probably get to between 10 to 15 aways a year but obviously every home game.

Doing Redmen TV has made this loads easier, meaning I don’t get the gripe from my wife anymore but massive respect to anyone who goes home and away. They are the lifeblood of our support!

The fans. There’s no one like them anywhere in the world. The culture is unique with its own identity and nuances that you’d come to expect from us.

I love the fact that we support our team through thick and thin just like we battle injustices and support each other. I’m so proud to call myself a Liverpool fan, now more than ever. 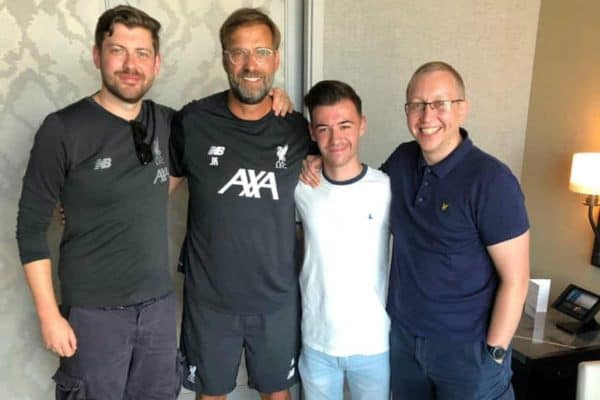 Wow. Which one to choose? I’m gonna give you a personal memory if you’ll indulge me here.

Last summer, I got to sit down and do a one-on-one interview with Jurgen Klopp and that for me was a standout.

Talking to him, listening to him, gaining more of an understanding of what makes him and his teams tick. It was superb and I’m not sure it will be topped until we lift No. 19 to be honest.

Emile Heskey and he threw me against a wall. So, we did a YouTube ‘Let’s Play’ based around me and Paul playing Championship Manager 2001/02 and we kind of half-acted the storyline out based on what happened during the game. 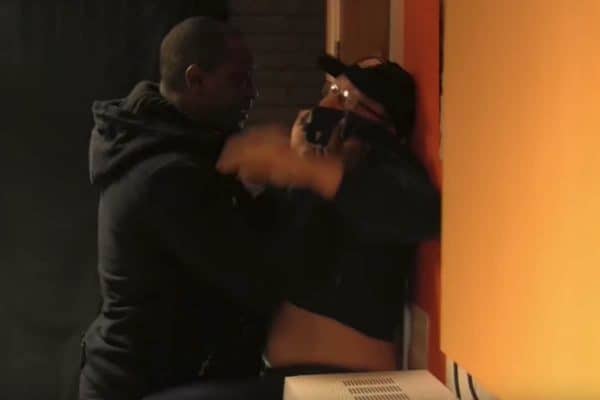 I’m not sure why but Heskey agreed to come down and film it with us for a laugh. He threw me against a wall and nicked my brew. One of the more random Thursday afternoons of my life.

I got involved with The Redmen TV…

The idea was nothing to do with me to be honest. It was Paul and another mate of ours, Aubrey, who originally had the idea. Paul wanted me to co-host it with him as we were best mates.

We made a pilot that we sent off to LFCTV and they liked it but wanted it to be a one presenter gig. Needless to say, we rejected that and decided to do it ourselves.

We were actually the first fan channel in the world, something I’m immensely proud of.

We started to regularly upload to YouTube back in 2010 and the channel has gone from strength to strength since then.

I get asked this question so often and I always change my answer so today I’m gonna say Steven Gerrard, Jurgen Klopp and Bill Shankly.

This is probably the first time I’ve said Steven Gerrard and that is down to the podcast he did recently with Jamie Carragher. He came across so well.

He was interesting, thoughtful, honest, open and of course, he’s a Liverpool legend. What more do you want?

As far as Shanks and Klopp go—I’m not sure I really need to explain why, do I?

* Thanks to Chris for sharing his ‘Liverpool Life’ – look out for more from this series on This Is Anfield. Follow Chris on Twitter @mrbloodred and subscribe to The Redmen TV here.