Global Scouse Day began as a tradition among friends of Graham Hughes, but it has grown over the years and now is a tradition in Liverpool, based around the local dish.

Klopp has been with the Reds since towards the end of 2015, and this year’s was therefore his fifth Global Scouse Day, and he was asked about whether he felt “officially Scouse.”

“No, not officially I think, but half-official!” he joked.

“Last week I got the honour, the singer of You’ll Never Walk Alone, he gave me that honour.

“I really like to identify myself with the region I’m living in. When I was born I was 100 percent a boy from that region, I spoke the dialect and all that stuff.

“I went to Frankfurt first, and then to Mainz, to study, and I love the region to this day, then to Dortmund which is completely different, I have friends there.

“And now we are here with 100 percent, we’ve met so many nice people.

“There’s no need to separate us from something, it’s not that I’m used to all the things which are common here, but more and more, and I like it. It’s interesting, and it’s a nice thing to have.” 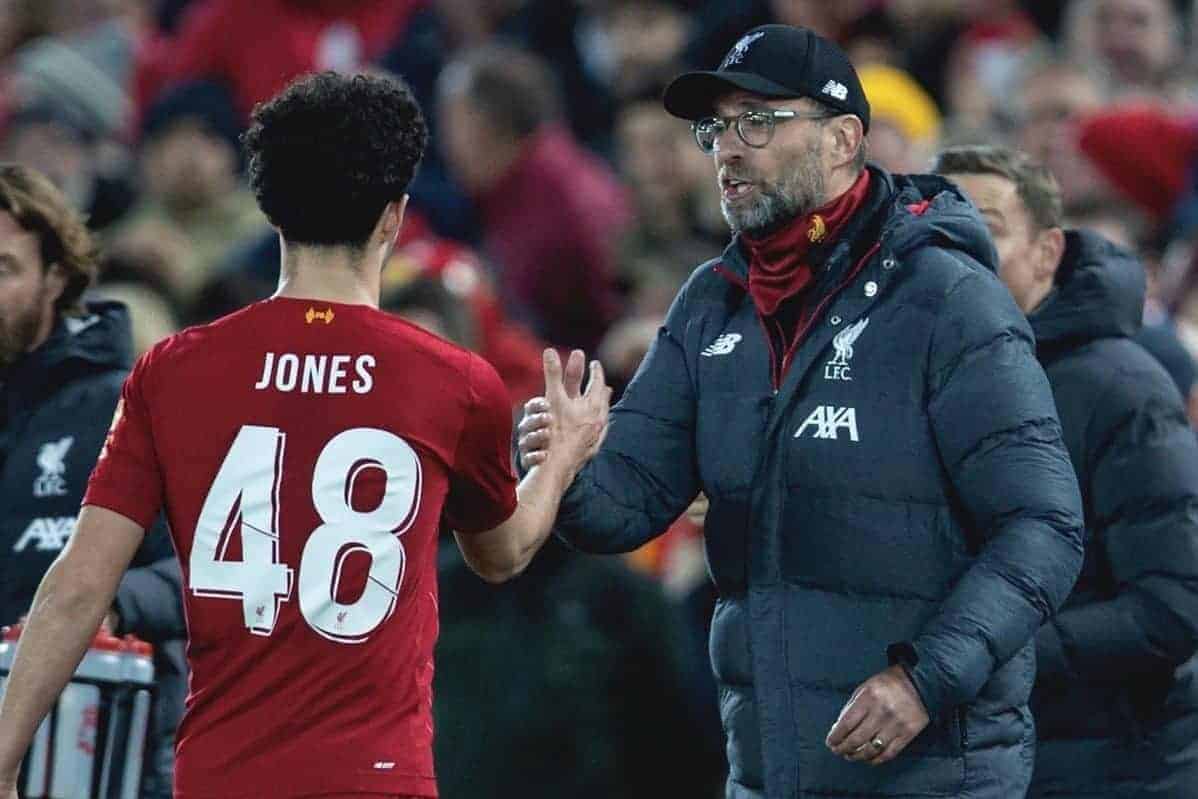 Klopp has previously stressed the importance of a Scouse core in his squad, with Trent Alexander-Arnold the region’s standard bearer in that regard, while Curtis Jones is leading the next wave.

“It’s always this little plus if they come from Liverpool,” he said in 2018.

“If I have two players, same quality, but one speaks proper English and the other one speaks Scouse, the Scouser is in! That’s why we are Liverpool.”

Having signed a new long-term contract in December, which ties him to the club until 2024, it is no surprise Klopp feels an affinity with Liverpool, and he displays a clear understanding of the culture.

That can only be a benefit to the club and to the area, with Klopp willing to give opportunities to local players and, off the pitch, local causes too.