Liverpool fans visiting the city for a potential parade to mark the Reds’ first league title in 30 years will face a headache over hotel prices.

Jurgen Klopp‘s side continue to move ever closer to securing the club’s first Premier League title, having amassed 73 points from a possible 75 – a return which sees them placed 22 points ahead of Man City.

It is now a matter of when, not if Liverpool will lift the Premier League trophy as Klopp’s men need just 18 more points from their last 13 games to be crowned champions.

Results the way of City and or Liverpool could see the timeline fluctuate as to when it is mathematically secured but current projections are in mid-March, which would be the earliest ever Premier League title success.

But regardless of when the Reds cement their place atop of the table the parade to celebrate their achievements are pencilled in to take place on Monday, May 18.

That’s the day after Liverpool’s final game at Newcastle, and a week after they would lift the trophy at Anfield after their last home game, against Chelsea.

We understand that even if Liverpool made the Champions League final, which is a fortnight later, a parade would still take place to mark the domestic success – as was the potential plan last season.

The parade to celebrate the club’s sixth European Cup saw over 750,000 people descend onto the streets of Liverpool and that figure could rise significantly this May.

And local hotels and available apartments are taking advantage of the club’s imminent success as prices for a one night stay in the city have skyrocketed.

Private rental apartments, for example, have been advertised for a low of £1,500 and a high of over £26,000, while two beds in a six-bed dormitory room at Hatters Liverpool will set you back a staggering £40,889. 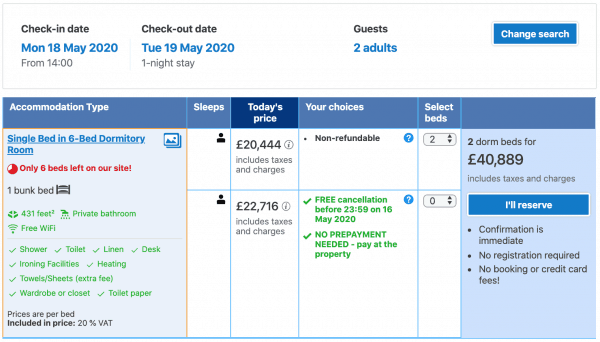 Fans are already subject to an ever-increasing cost of watching their team play and the exponential rise for Klopp and Co. has seen the effect of supply and demand hit fans directly in the wallet.

The rising cost of being in the city to commemorate the occasion will still see hotels snapped up by fans regardless of the prices.

Some mad prices for apartments in Liverpool for the prospective parade day. pic.twitter.com/yh1Z4OWFxP

While options are limited as many fans have booked well in advance, other prices currently range from over £230 to £999 and with over three months left until May 18, their rates are only going to head in one direction. 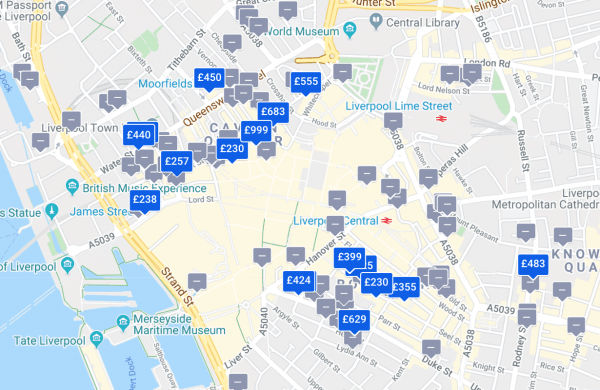 Astronomical prices are nothing new for Liverpool supporters or football fans in general, with flights and hotels readily ramped up upon the announcement of an away fixture or cup final.

It’s a rare situation where fans and the club can prepare for an event of this nature so long in advance, and the club are working on another large fan event to mark the title success.