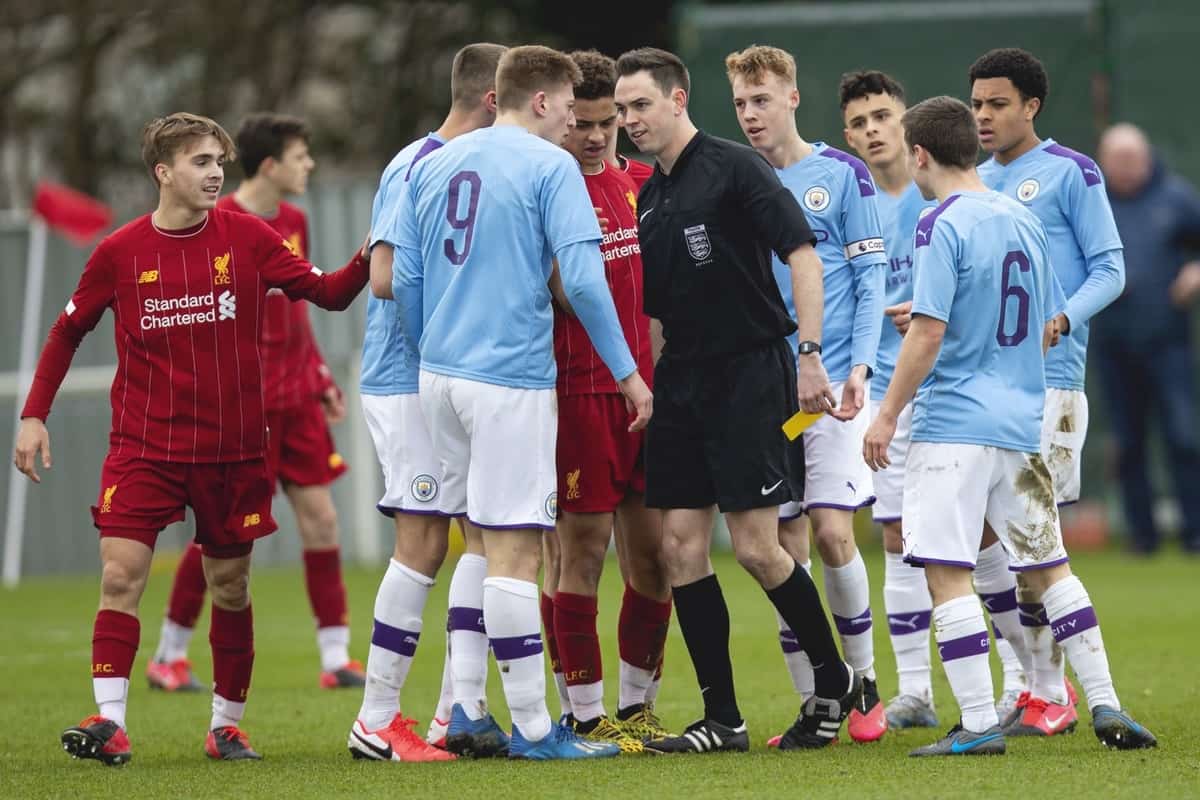 The Liverpool under-18s showed their fighting spirit despite defeat to Man City in their U18 Premier League title clash on Saturday, losing 4-2 at Kirkby.

The young Reds welcomed City to the academy on Saturday morning with a six-point gap between them and the league leaders, though Barry Lewtas‘ side had two games in hand.

Lewtas made just one change from the 4-0 thrashing of Sunderland last time out—almost a month ago—with that being enforced as Niall Brookwell took the place of the injured Layton Stewart, with the striker on crutches and wearing a protective boot on his right foot.

City’s in-form forward Liam Delap undermined a bright start from Liverpool, as he broke with a powerful run from his own half and, with Remi Savage opting against a cynical foul, fired past Jakub Ojrzynski to make it 1-0.

Liverpool continued to threaten at the other end, with former City youngster James Balagizi particularly impressive in attack, but they went further behind just after the half-hour.

Samuel Edozie was the goalscorer, producing an unstoppable finish to ensure City went into the break with a strong 2-0 lead. 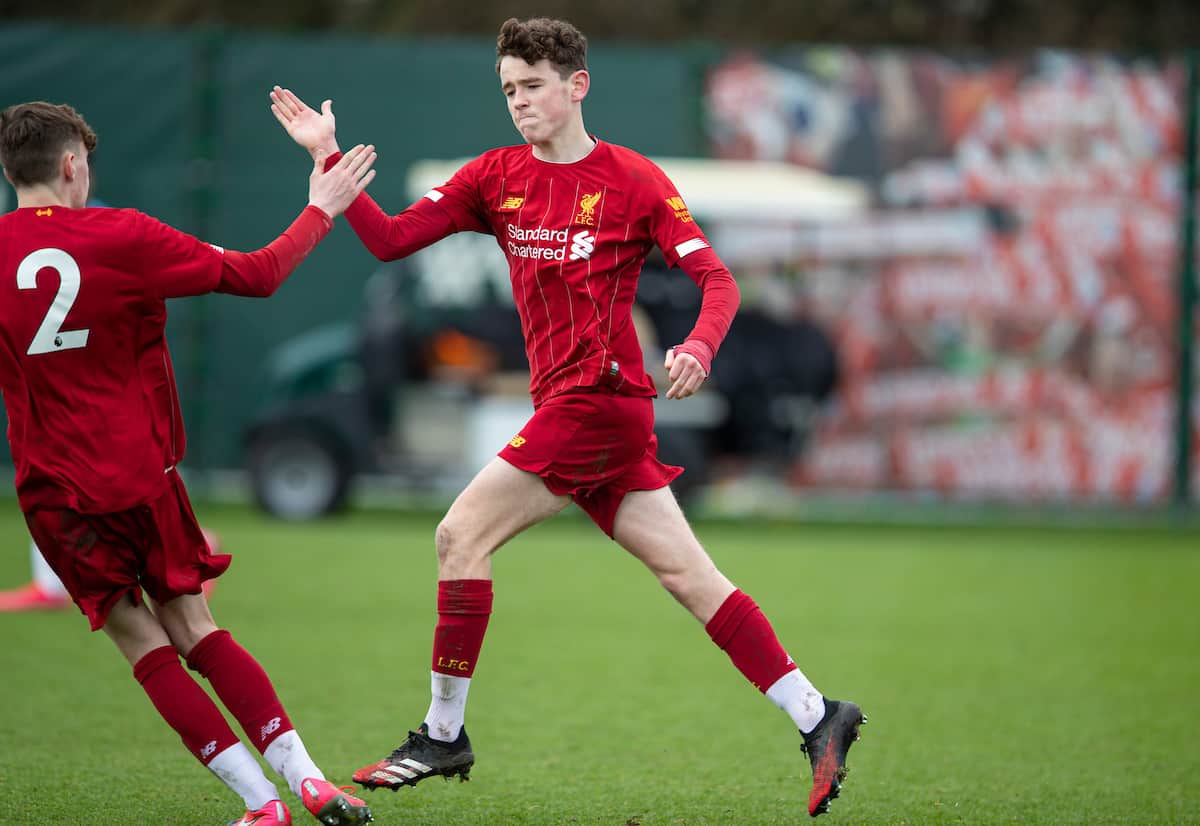 With no changes to either side at the break, the game played out in similar fashion early on in the second half, with Ojrzynski strong between the sticks despite letting the clean sheet slip.

But James McAtee was on hand to extend the visitors’ lead on 73 minutes, with City taking advantage of Liverpool’s need to chase the game by continually damaging them on the counter.

The young Reds would not give in, however, and Tom Hill had reduced the deficit soon after, with the versatile 17-year-old finding the back of the net with a powerful effort, as hopes of an unlikely comeback rose.

And with Lewtas sending on Max Woltman for Brookwell—who himself could have been on the scoresheet in the first half, only to be ruled out for handball—Liverpool soon had their second, with the substitute scoring within a minute of his introduction.

It wasn’t to be, however, with Cole Palmer making it 4-2 late on, though Fidel O’Rourke thought he had got the ball over the line in the dying stages, as City survived a goal-line scramble. 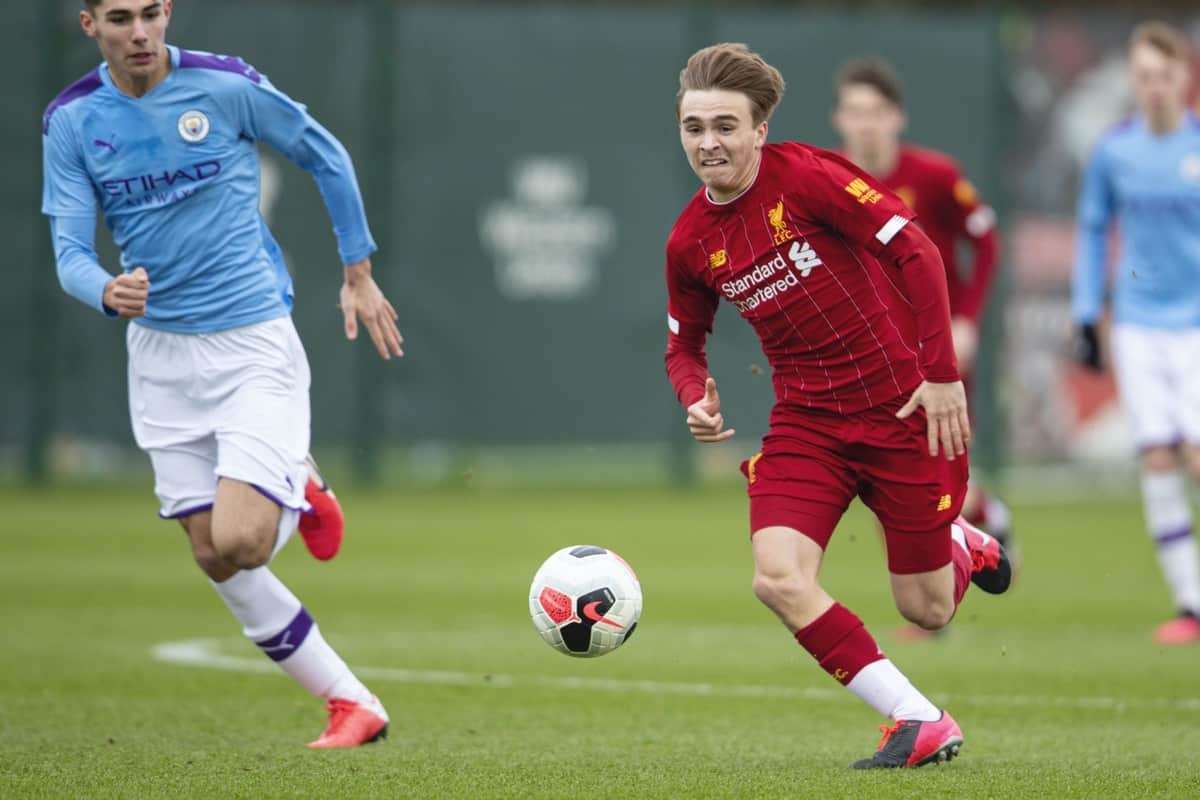 The status quo remains at the top of the table, with City still clear and Liverpool still with two games in hand, but this was an opportunity missed for Lewtas’ young Reds, who are next in action away to mid-table Middlesbrough.