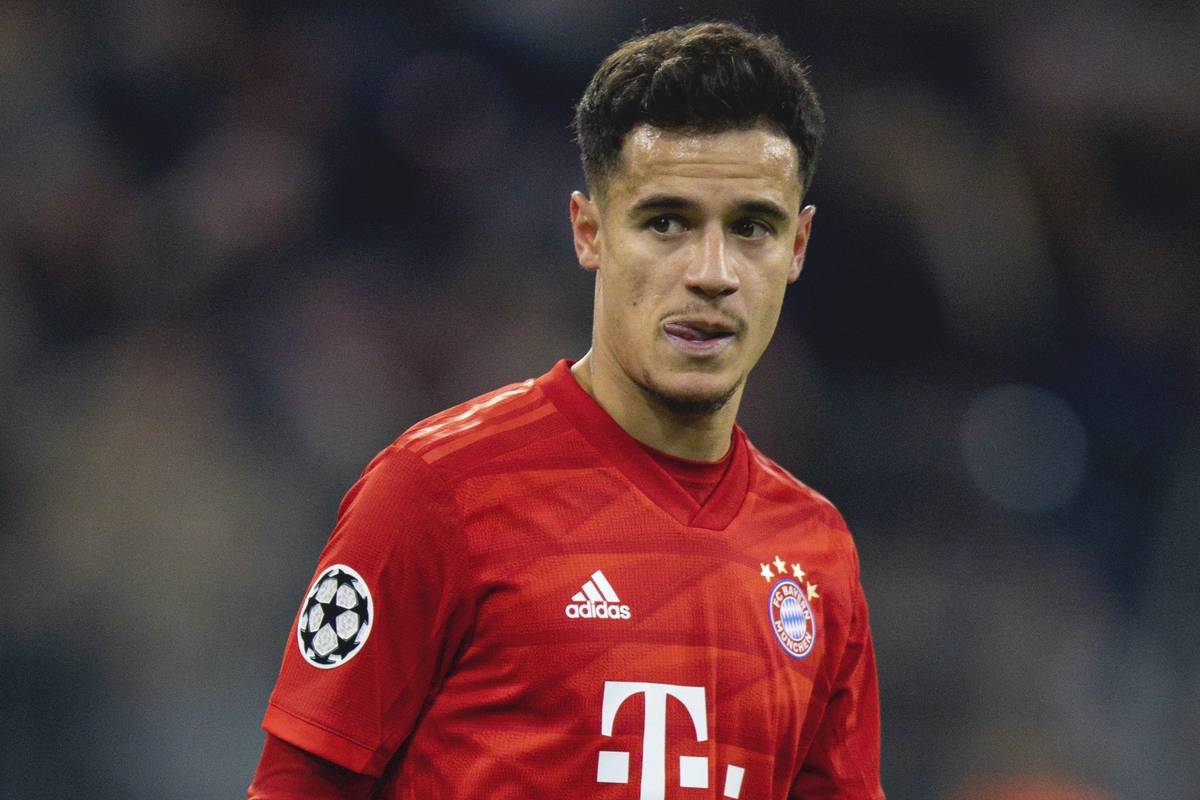 Philippe Coutinho has expressed his joy at Liverpool’s “flying” form, but has insisted he doesn’t “look back” despite his struggles since leaving in 2018.

Coutinho’s £142 million switch to Barcelona has played a big part in the Reds’ transformation from challengers to champions-elect, given how they reinvested.

Alisson and Virgil van Dijk were brought in for a combined £140 million, with Jurgen Klopp exchanging what has proved to be a spare part in attack for two of the club’s all-time greats at the back.

The Brazilian was, of course, Liverpool’s best player at one stage, but now he is labouring to stand out at Bayern Munich, his loan club, and before that Barcelona.

After scoring 21 goals and providing a further 11 assists in 76 games for Barca, Coutinho was granted a temporary switch to Munich last summer, with seven goals and eight assists coming so far in 27 appearances.

Though this is far from a paltry contribution, the £7.8 million loan fee paid and a prospective £109.8 million to make the deal permanent this year are likely to see the 27-year-old back in limbo soon enough.

Liverpool briefly considered a return before Coutinho joined Bayern, but despite repeated rumours it is highly doubtful he will ever rejoin the Reds—not that, according to the player himself, he is concerned.

“I don’t look back. I took another path, and now I am on another journey, much like everyone else,” he told Sports Illustrated.

“I’m focused entirely—just like them—on reaching my dreams. I’m happy with what I did in the past, and now I can only look forward.”

There is no doubt a tinge of disappointment in how it has turned out for Coutinho, who will turn 28 in June—much like former team-mates Sadio Mane, in April, and Mohamed Salah, in June; Roberto Firmino celebrated his birthday in October.

While they near their peak in a, pending disaster, title-winning side, the Brazilian could be savouring hollow achievements for giants in Germany and Spain.

This gloom has tempered fans’ views of Coutinho, and there is certainly no ill feeling from the midfielder, who praised his former side for their achievements since his exit.

“Liverpool are flying, and it doesn’t surprise me,” he continued.

“We’ve seen it already last year when they won the Champions League, but I’m also not surprised because of their fantastic squad and manager.

For Coutinho, there is no sense in living in the past, though the grass clearly wasn’t greener in Catalonia.