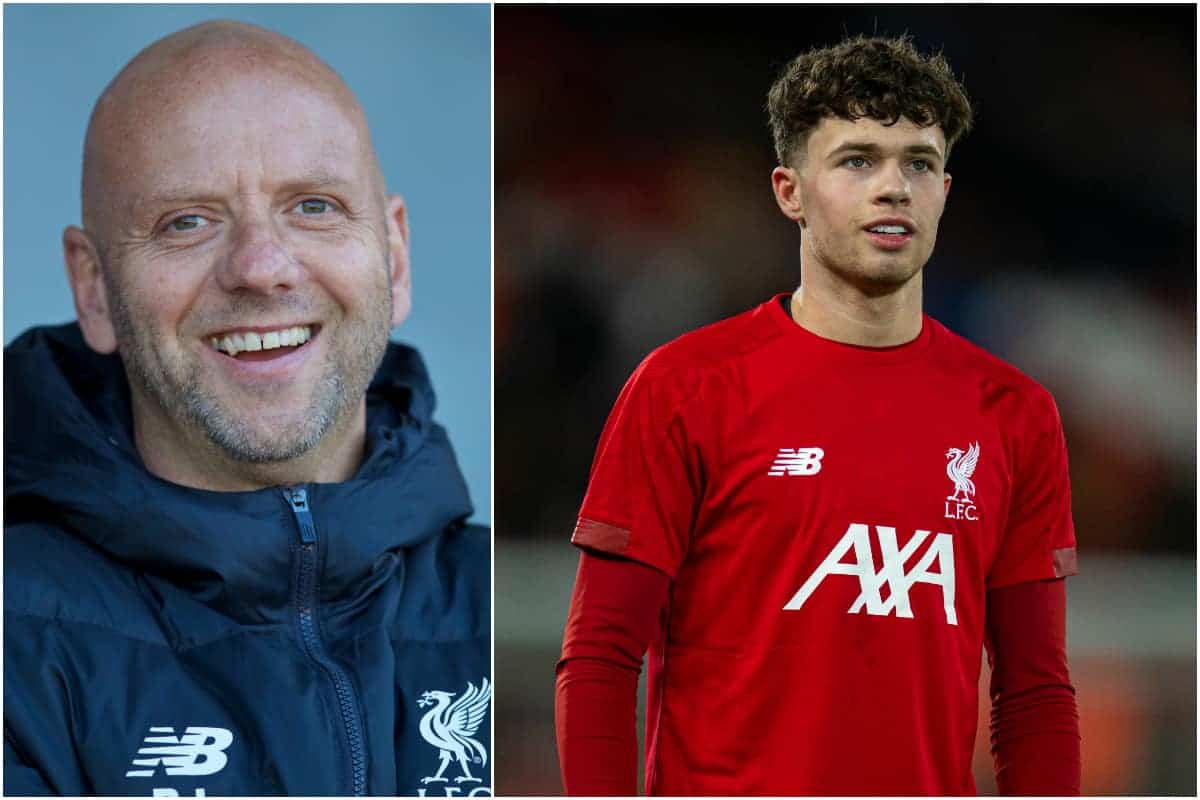 Neco Williams‘ rise at Liverpool has come as a surprise to some, but the role of ex-Reds right-back Rob Jones has primed the Welshman for his progress.

Earlier this season, it seemed as though Williams’ first-team prospects on Merseyside were slim, despite having yet to celebrate his 19th birthday.

With Trent Alexander-Arnold established as undroppable first-choice right-back at 21, and Ki-Jana Hoever emerging from the academy, the long-serving teenager appeared set to miss out.

But Hoever’s departure to the Under-17 World Cup in October saw Williams drafted into the senior setup, where he quickly impressed Jurgen Klopp.

Four appearances and a host of man-of-the-match performances later, and the Wales under-19 international is now settled as Alexander-Arnold’s deputy, and a new long-term contract is likely in the offing.

Jones himself made his Liverpool debut at 19, and was named Man of the Match in that 0-0 draw with Man United in 1991, going on cement himself as one of the club’s most exciting prospects.

Having retired at 27, and now 48, the Wrexham native—like Williams—works on a casual basis at Kirkby, and according to Neil Critchley offers “words of wisdom [which] are priceless to Neco.”

“He gets tremendous bits of advice particularly from Rob because he can relate to Neco,” Critchley told the club’s official website.

“Because he went through a similar pathway himself. He was a similar age when he moved to Liverpool and got into the team.

“Those little bits of words of wisdom are priceless to Neco and I know he appreciates that so much.” 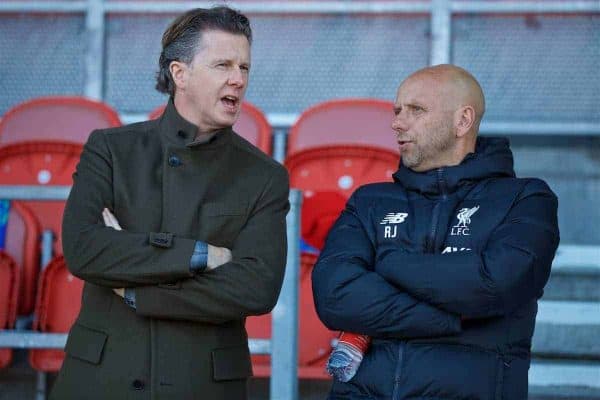 Jones has worked in his role at the academy for six-and-a-half years now, along with Steve McManaman and previously Robbie Fowler, who is now manager of Brisbane Roar.

Back in January, he told LiverpoolFC.com that the key area he had worked on with Williams was his “positional sense when he’s defending,” and that he had explained: “‘You’ll need me more when things aren’t going so right’.”

Along with the obvious comparisons in terms of their playing style, Critchley highlighted Williams’ “best quality,” and it can certainly be related to Jones, too.

“Neco’s best quality is his humility. He is still the same boy he was a few months ago and he has always been the same,” he continued.

“He plays every game the same. It wouldn’t matter if he was playing in front of 50-odd thousand at Anfield or playing for the U23s or U19s.

“He plays the game the same way and that’s his best quality.

“He has been here for a very long time and he’s had great support from his family.”

This is clearly an important characteristic for players breaking through under Klopp, and with the support of Jones in particular, Williams is well-placed to continue his development at Melwood.

The hope is he gets more chances to impress in the coming months, particularly if Liverpool are able to clinch the Premier League title early.

His next outing will perhaps come at Chelsea in the FA Cup on March 3.