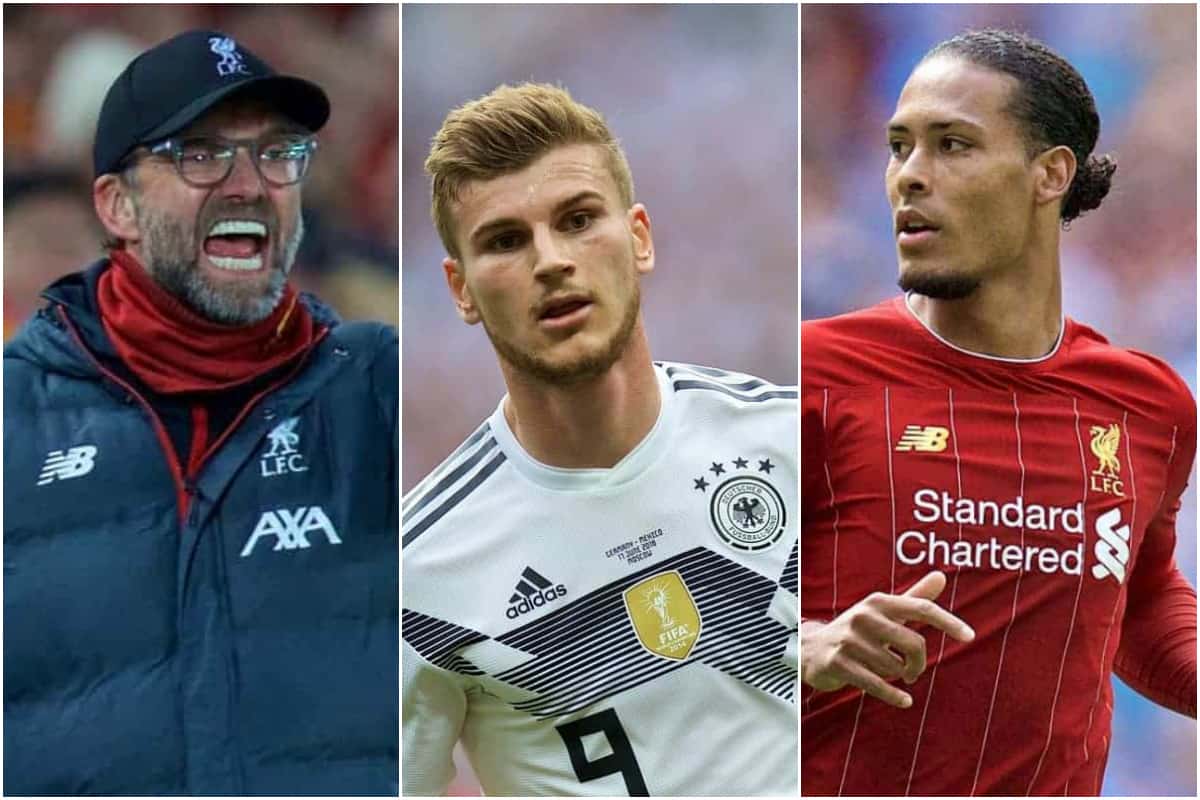 Liverpool are preparing for their weekend clash against Watford, while we’ve also got transfer and contract news for the summer.

All aboard the Timo train

Nothing official, nothing guaranteed…but Liverpool are almost certain to make an offer for RB Leipzig Timo Werner.

That’s the news out of the Athletic, with James Pearce saying he “expects” the Reds to make an offer in the coming weeks.

A release clause is a big incentive, compared to his usual market value, but there’s also Werner’s recent comments about the Reds and Jurgen Klopp.

The boss was asked the striker’s comments and certainly showed his appreciation of them.

Klopp stopped short of expressing his own thoughts on the striker, though acknowledged it was great to have the Reds spoken about in such terms.

Isn’t it nice when keeping the best players at the club is seemingly a routine operation?

This summer looks to be the turn of Virgil van Dijk to renew his deal with the Reds – and it could make him the world’s highest-paid defender.

A weekly salary of around £200,000 could be in the pipeline and, despite the massive amounts of money involved – it equates to around £10.5m per year – there are few who would say Big Virg isn’t worth it.

The Dutchman is a cornerstone of our success and his partnership with Joe Gomez looks to be one which we can rely on for years to come.

Locking him down, and Alisson, would be as important as any new signing this summer. 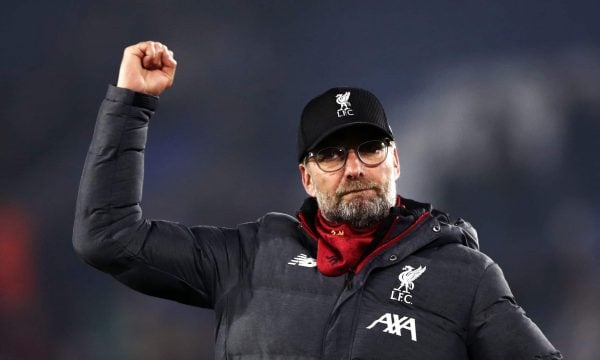 With another game around the corner, Jurgen Klopp has tackled a range of questions in his pre-game interview.

Fabinho says Jordan Henderson has been one of the squad’s top stars this season and that his influence is being missed on the pitch – but he’s ready to step up and help out.

“Hendo has been one of the team’s best players this season, without a doubt.

“His performances have been really good and his presence on the pitch doesn’t just help us with the ball, but also with his attitude. He is the captain.

“Now I need to try to help the team out with this kind of leadership; of course, we have different personalities, but hopefully I can help a bit in this respect.”

Both players have operated in the deepest midfield role this term, though Fabinho‘s return to fitness initially saw Hendo step forward before his own recent injury. 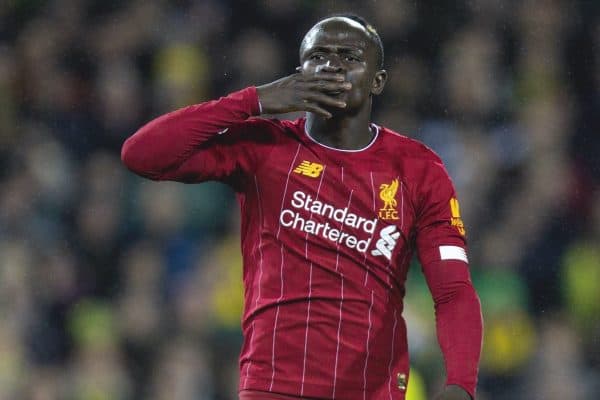 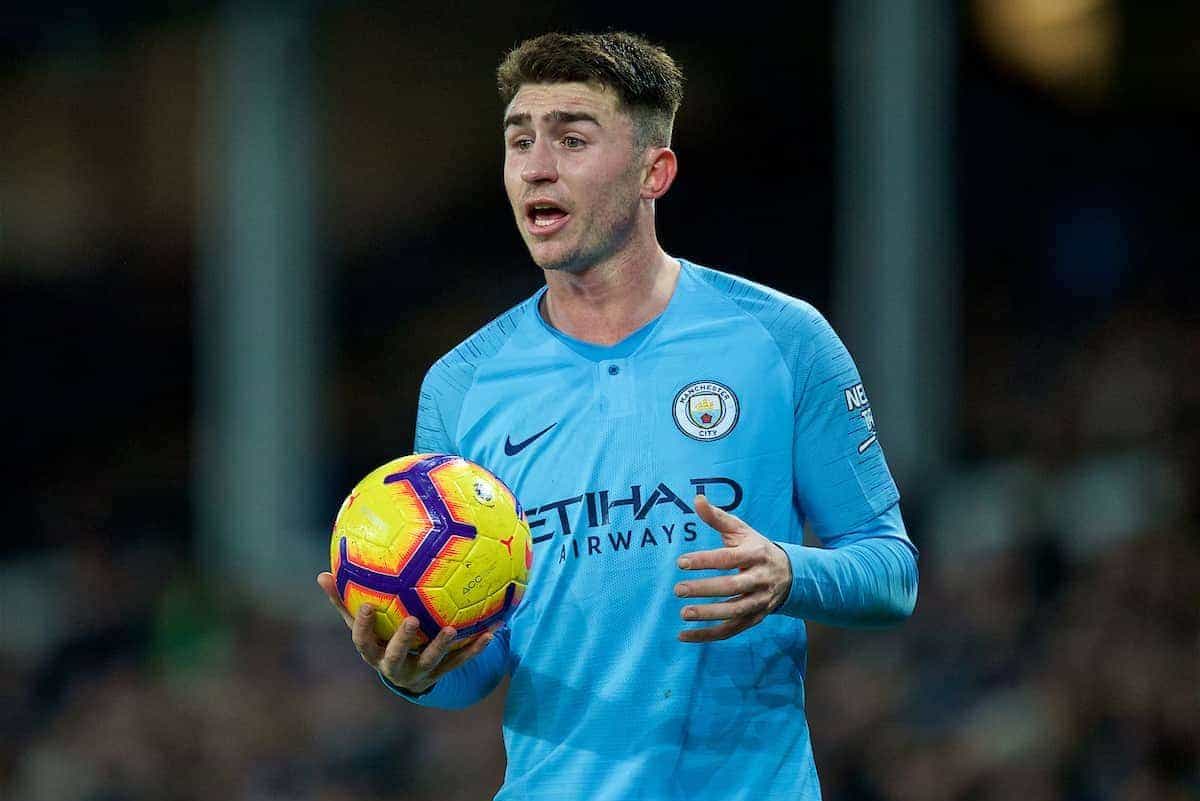 Apparently, there’s “no guarantee Liverpool would be crowned champions” if the coronavirus stops the season early.

That’s according to the Telegraph, who have put together a nice little article based on absolutely nothing, no quotes, no investigation, no asking anybody in authority and no sense whatsoever.

What a football team ? pic.twitter.com/YpTgxrihdG

Remember Jerome Sinclair? He left the Reds for Watford a few years ago as he wanted regular action. He’s on loan with VVV Venlo now. Ben Nagle looks at what went wrong, for the Mail.

And Inter Miami are finally ready to get started in MLS after years of delays. This investigation from Chris Smith in the Guardian looks at whether there is the interest and intent around the city to make it all worthwhile.

A rearranged Europa League game between Salzburg and Eintracht Frankfurt is an early kick-off at 5pm, while Norwich vs. Leicester in the Premier League kicks off at 8pm.