The significance of Jordan Henderson‘s hamstring injury was detailed by Andy Robertson and Trent Alexander-Arnold after Liverpool’s 3-2 win over West Ham.

Henderson has stepped up to a new level of importance this season, with his mentality and quality ensuring the Reds’ consistency on their way to the Premier League title.

But an injury suffered in the second half of the 1-0 loss to Atletico Madrid last week is set to keep him out for around three weeks, which could see him miss at least four games.

He joined the squad for the home clash with West Ham on Monday night, and gave his usual speech in the dressing room, but was unable to join them on the pitch as Naby Keita took his place.

It was a tough night for Keita, and ultimately he was replaced by Alex Oxlade-Chamberlain at 2-1 down, with the No. 15 helping to turn the tide on the way to another win.

Speaking to The Athletic‘s James Pearce after the game, Robertson said he “could feel” the impact of Henderson’s absence, and said “the quicker he’s back the better for all of us.”

“When you don’t have your captain out there you can feel it,” the left-back said.

“Hendo is a real leader. He was in the changing room before saying a few words and he was exactly the same as he always is before games, and he was in there again afterwards.

“It was good having him there. Everyone hates being on the sidelines and Hendo is no different. The quicker he’s back the better for all of us.” 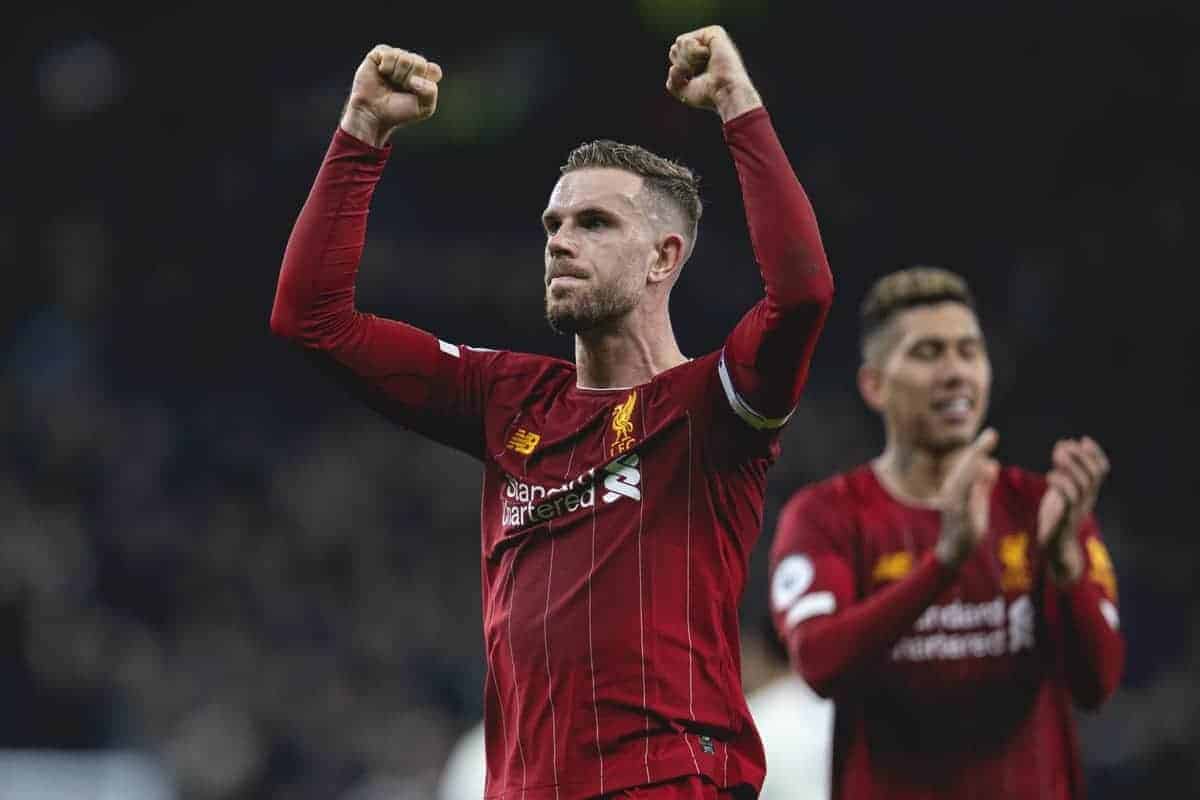 Alexander-Arnold was arguably the Reds’ top performer on the night, producing two assists and creating another four chances, not including the cross that set up a Sadio Mane goal ruled out for offside.

Along with Robertson, the right-back is one of those in the squad closest to Henderson, and in his post-match interview with LFCTV reflected his fellow defender’s praise, with the captain’s influence felt more when he is not available.

“Obviously credit to the team, but Hendo is obviously someone who wants to play every minute of every game.

“He’s someone who you probably don’t realise how much he does for the team until he’s actually not there.

“So there were certain parts of the game where you could just tell he wasn’t there, and would’ve been there.” 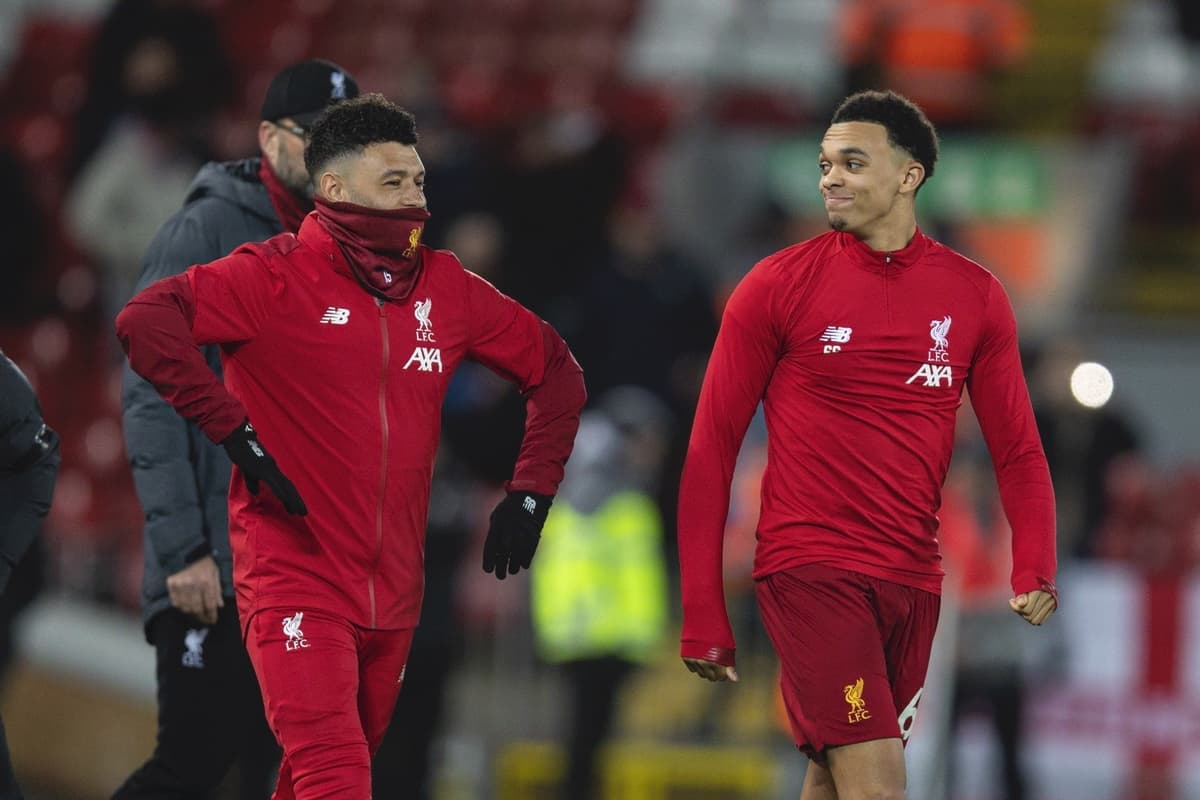 The 21-year-old did offer praise for Henderson’s stand-ins, however, and Oxlade-Chamberlain in particular, who he feels “changed the game.”

“The way that the lads have come in, Naby, Ox [who] coming in made a massive impact for us, changed the game, it just goes down to the lads’ mentality,” he continued.

“Ox would have been disappointed he hasn’t started but he’s come on, changed the game, and that’s the way we’ve been looking at it this season.”

But it is clear how well-respected and trusted Henderson is, by both his team-mates and his manager, and fortunately—unlike in 2013/14—his layoff should have no bearing on Liverpool’s title hopes.

Monday night hinted that it may delay the trophy-clincher, but the onus is on the likes of Keita and Oxlade-Chamberlain to step up while he can only assert his authority off the field.