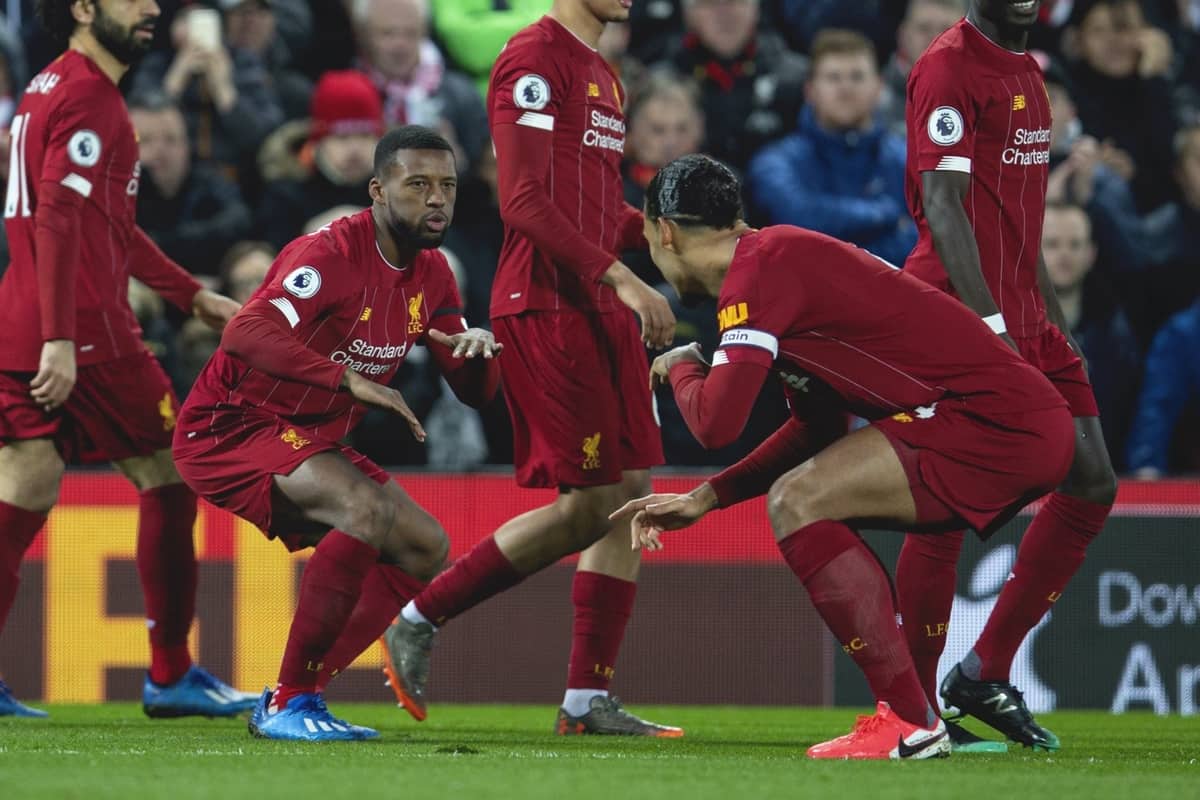 Liverpool beat West Ham 3-2 at Anfield on Monday night, on an evening that once again displayed the Reds’ never-say-die attitude.

After a six-day break, Jurgen Klopp‘s side returned to action, aiming to bounce back from the disappointment of losing 1-0 away to Atletico Madrid.

Trying to stop the league leaders were a relegation-threatened Hammers outfit, as former Everton manager David Moyes returned to Merseyside.

Liverpool made the perfect start to the game, with Gini Wijnaldum heading the hosts in front, profiting from some questionable goalkeeping from Lukasz Fabianski.

It was quickly Alisson‘s turn to look a little culpable, however, failing to keep out Issa Diop’s near-post header from a corner.

It was a flat opening 45 minutes overall, played out in front of an equally lifeless Anfield crowd.

Liverpool were stunned early in the second half, as Pablo Fornals found himself in space, steering home a finish at the Anfield Road end.

Fortunately, the Reds didn’t panic and Mohamed Salah‘s strike agonisingly squeezed through the hands of Fabianski, who experienced a poor night at the office.

Sadio Mane then tapped home the winner nine minutes from time, turning the game on its head and clinching another massive three points.

It means Liverpool have matched Man City‘s record of 18 straight Premier League wins – to have missed out on that feat would have been hugely disappointing.

Up next for Liverpool is a trip to Watford on Saturday evening, as they look to edge one step closer to title glory at Vicarage Road.

What a team this is.