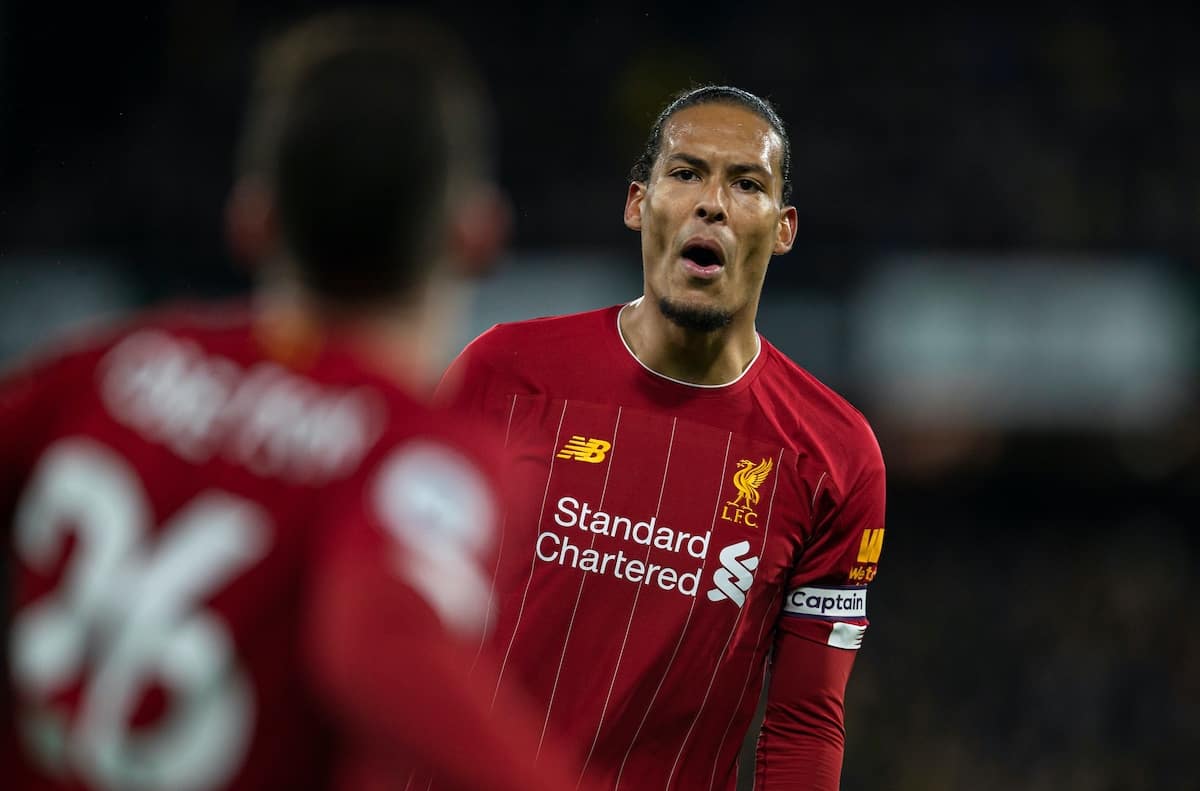 Virgil van Dijk has called for Liverpool to “strike back strongly” after they suffered an “unacceptable” 3-0 loss at Watford for their first defeat in the Premier League.

Van Dijk was one of those to particularly suffer as the Reds’ unbeaten record ended at Vicarage Road, with Ismaila Sarr’s double and Troy Deeney’s late strike earning Watford an unlikely win.

Liverpool were widely expected to take the three points and edge closer to the title on Saturday, but it was a night that arguably saw them underestimate a battling Hornets side.

Speaking to Sky Sports after the game, Van Dijk described the defeat as “unacceptable,” but insisted he and his team-mates will improve as they aim for a swift response.

“If you concede three goals, that’s something we haven’t had for quite a while, so obviously we have to improve as a team. We will,” he explained.

“Obviously it’s very tough to take this one, but I think the only positive might be that we have an FA Cup game in a couple of days again. So it is what it is.”

Van Dijk disagreed with the suggestion that Liverpool are enduring a drop-off in form at the back, however, despite losing at Atletico Madrid and conceding twice to West Ham last time out at Anfield.

“The last game was one set-piece and one good goal, today we should have been better,” he argued.

“If you look at the whole season we’ve been pretty good defensively, the most clean sheets in the league, but we know there is room for improvement.

“And we will, that’s the good thing about our mentality.”

Wearing the captain’s armband again in Hertfordshire, Van Dijk delivered a rallying call to his team-mates as he stressed: “We don’t walk away from this.”

“Keep going, we want to win the next game ahead of us. If we want to strike back we need to show what we’ve been doing all season.

“The whole season we didn’t last a game like this, I think they did very well but we should have done better. How I said, we want to strike back strongly, and we will as well.”