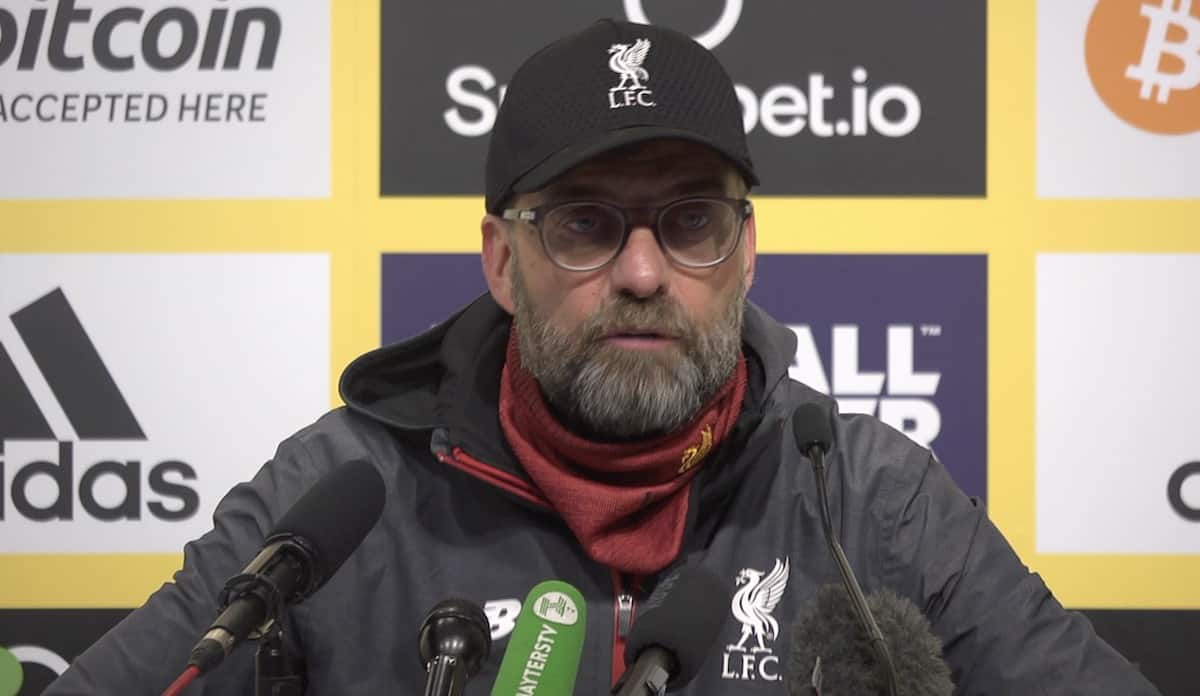 Jurgen Klopp was not short on praise for Watford as he reflected on Liverpool’s performance in their 3-0 defeat at Vicarage Road.

The Reds put in a performance worthy of being crowned the worst of the season as they fell to a 3-0 defeat at the hands of a relegation-threatened Watford side who had not won in their previous five league games.

A Troy Deeney strike and a double from Ismaila Sarr sealed Liverpool’s fate on a night where Ben Foster failed to be tested, as the Reds’ unbeaten run came to a crashing halt.

For the boss, the outing was one where Liverpool did too many of the “little football things did not work out,” but he could not overlook Watford‘s influence in consigning his side to their first league defeat this season.

“I’m not surprised by the performance because that would mean I hadn’t seen something like that before. I have seen it a lot of times,” Klopp told reporters.

“3-0 is a little harsh but we had a big hand in that. Congratulations to Watford, well deserved. That’s the headline.

“Little football things didn’t work out for us. When we wanted to play the ball and use runs, things we normally do naturally right, we didn’t do them right. That makes the game already pretty tense.

“It’s not easy, and then you feel it.

“The biggest surprise for me is that Watford were 19th in the league. Now is the moment where everybody is fighting like crazy and we’ve been fighting all season.

“We lost the battle. We don’t think it’s the biggest catastrophe in the world of football.”

The boss also commented on the records which are no longer in reach, how tiredness was not a factor and that criticism is always a part of Liverpool’s process, not just in defeat.