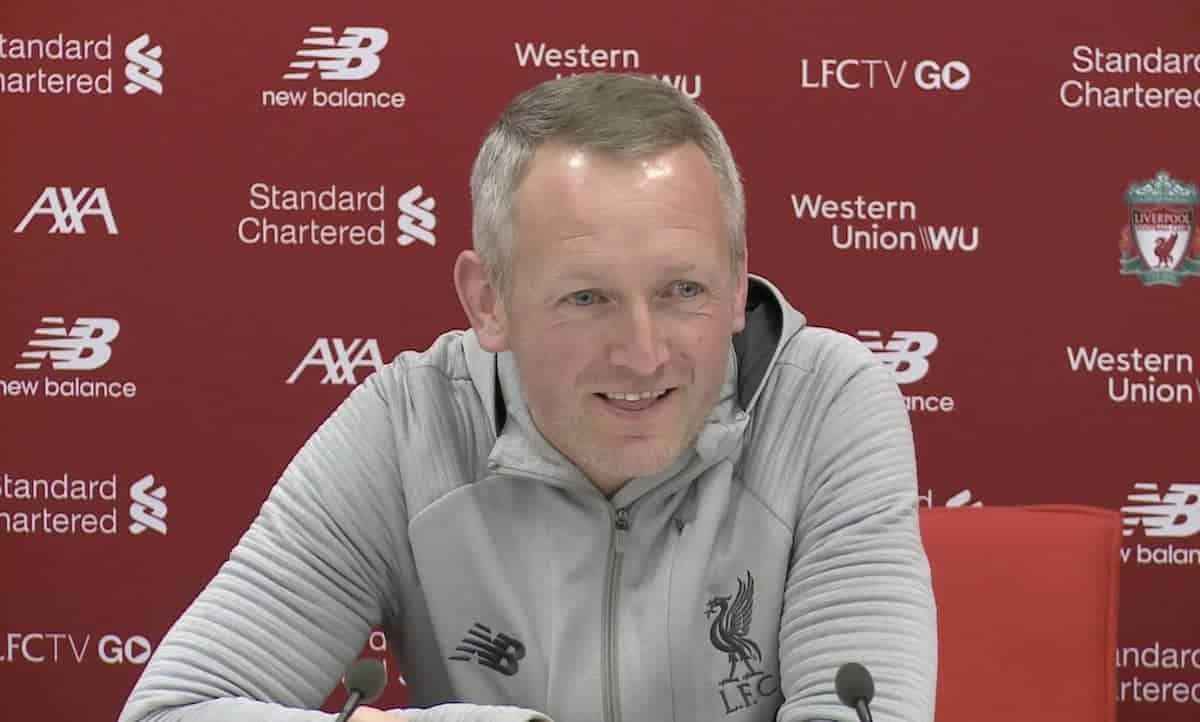 Neil Critchley took over media duties in place of Jurgen Klopp as a young Liverpool side prepare for the FA Cup fourth round replay against Shrewsbury.

Following Jurgen Klopp’s decision to “respect” the winter break, Neil Critchley will lead his side of young Reds against Shrewsbury on Tuesday night.

A Curtis Jones strike and a Donald Love own goal set Liverpool on course for a comfortable victory at New Meadow before Jason Cummings struck twice late on to see the Reds squander a two-goal lead.

It ensures there is everything to play for at Anfield for a place in the fifth round against Chelsea, where Liverpool’s under-23s boss is set to turn to a host of players who featured at Aston Villa in the League Cup in December.

While the game is being touted as Liverpool’s U23s vs. Shrewsbury, for Critchley it will be “an under-19 or under-20 team at best.”

“I hope the young players can play in many ways as they did at Villa but hopefully make more of a game of it. The support will be behind us and hopefully, we can have a great night,” Critchley told reporters.

“[Shrewsbury] deserve their replay because of the way they performed, to stay in the game and come back. They created a lot of problems for us.

“But obviously we will have a different team and the expectation is different for them. That’s what makes it an intriguing cup tie, there’s a bit of unknown.”

Both Critchley and members of the club’s academy were exposed to a similar set of circumstances against Aston Villa in December, and the aim is to “do a lot better” on Tuesday.

“You can’t buy the experience we had at Villa,” he continued. “It’s probably worth a million of my coaching sessions.

“But we didn’t do well enough in both penalty boxes, that’s not a recipe for getting success in a results-driven business. Our aim is to do a lot better than that tomorrow.”

Critchley also spoke of the invaluable opportunities which continue to be handed to the club’s young players under Klopp, how the senior team are the ideal role models and the self-belief which oozes from Jones.