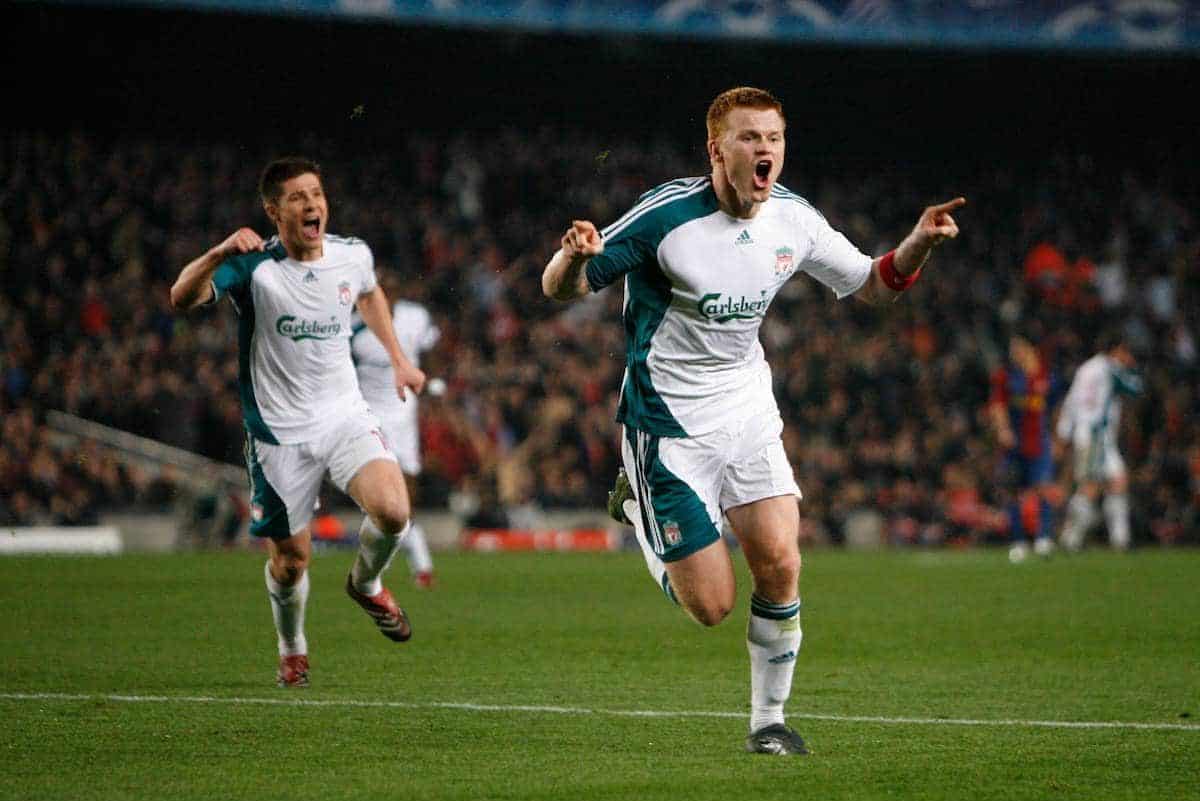 Liverpool were the underdogs and Barcelona the reigning champions on a night where the subjects of an earlier off-field altercation proved key.

Under the Spaniard, Liverpool were reacquainting themselves with their European heritage having won the competition in 2005, but many viewed their battle with Barcelona as one of their sternest tests yet.

After finishing top of their group, the Reds set up a date with Frank Rijkaard’s side – one which included teenage prodigy, Lionel Messi.

Liverpool’s preparations, however, were marred by insistent debate and discussion of a fight which had taken place between a golf club, John Arne Riise and Craig Bellamy. 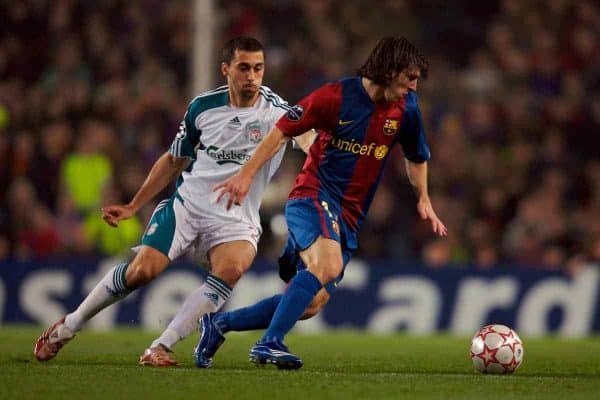 What was intended to be a relaxing and light build-up in Algarve for the all-important clash turned into a headline hitting training bust-up with Bellamy brandishing a golf club in Riise’s hotel room.

It was far from an ideal preparation but a famous European night was on the menu nevertheless, with the Reds’ intent on going for the jugular proving successful.

It did not appear that way from the off, however, as Liverpool’s bold approach in a 4-4-2 system raised eyebrows as the Catalan giants piled on the pressure.

And the hosts opening the scoring with 14 minutes on the clock did not come as a surprise, with Deco nodding home from Gianluca Zambrott’s pinpoint delivery.

Liverpool had few answers to Barcelona’s slick passing and movement, with Pepe Reina asked a number of questions as the Reds were forced to ride out the storm.

But the Reds’ bullish approach did not waver throughout and having identified Barcelona’s defensive shortcomings, all that was left to do was to expose them.

The Guardian at the time surmised that Barcelona “view defending as a task unworthy of them” and an error from goalkeeper Victor Valdes provided the platform in which to mount a memorable comeback.

A Steven Finnan cross directed towards Bellamy was headed straight into the hands of the ‘keeper only for him to carry the ball over the line and then swiftly attempt to make it look as though nothing had happened. 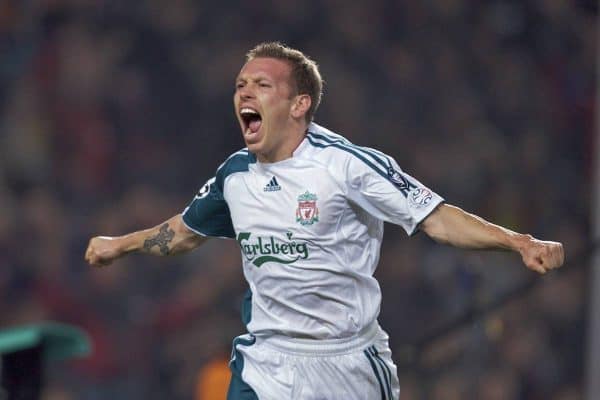 Dirk Kuyt was there to smash home the rebound to ensure there were no doubts that an equaliser was secured, but it was Bellamy who wheeled away in celebration with only minutes left before half-time.

But despite hitting the headlines for the right reason at Camp Nou, Bellamy was still eager to reopen the wounds of his teammate as he celebrated by pretending to swing a golf club.

Riise would later reflect on the moment as one which “revealed the sincerity of his apology.”

But their story was not yet over. With Barcelona on the ropes, Liverpool were surging forward with confidence throughout the second half, refusing to settle for what would have been a respectable draw away from home.

An error-laden performance came the way of Barcelona as pressure mounted.

Valdes picked the ball up in his area after a back pass to which Steven Gerrard’s subsequent effort which required a desperate intervention, with Kuyt then finding the crossbar as play continued.

And the irony of the winning goal was not lost as Bellamy teed up Riise in the penalty area for the left-back to smash into the back of the net with just over 15 minutes of the game remaining.

The travelling Kop broke the silence emanating from around the rest of Camp Nou as Benitez’s hoodoo over Barcelona was extended in the most glorious of circumstances. 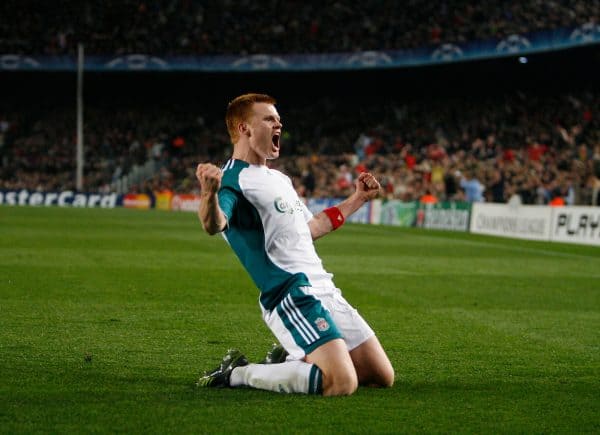 A cold shoulder was given to the summation that Liverpool were ‘inferior’, with the Guardian having credited their ‘self-belief’ as key to the victory:

“The task was to resist the sense of inferiority that might have been stamped indelibly on to Liverpool minds when Barcelona’s panache was at its most hypnotic.

“In reality, that stretch of the game was short, but the flakiness of Frank Rijkaard’s line-up could never have been exploited without the self-belief of Rafael Benítez’s squad.”

Liverpool’s victory was, and remains, as Barcelona’s sole home defeat to an English side in the Champions League.

And despite a nervy and tense night at Anfield in the second leg which saw Barcelona emerge as 1-0 victors, the Reds progressed on away goals and went on to make the final only for AC Milan to exact revenge for 2005.

Liverpool’s feat at the Nou Camp, however, is one which holds vast significance and is widely remembered as one of the great European nights away from Anfield.