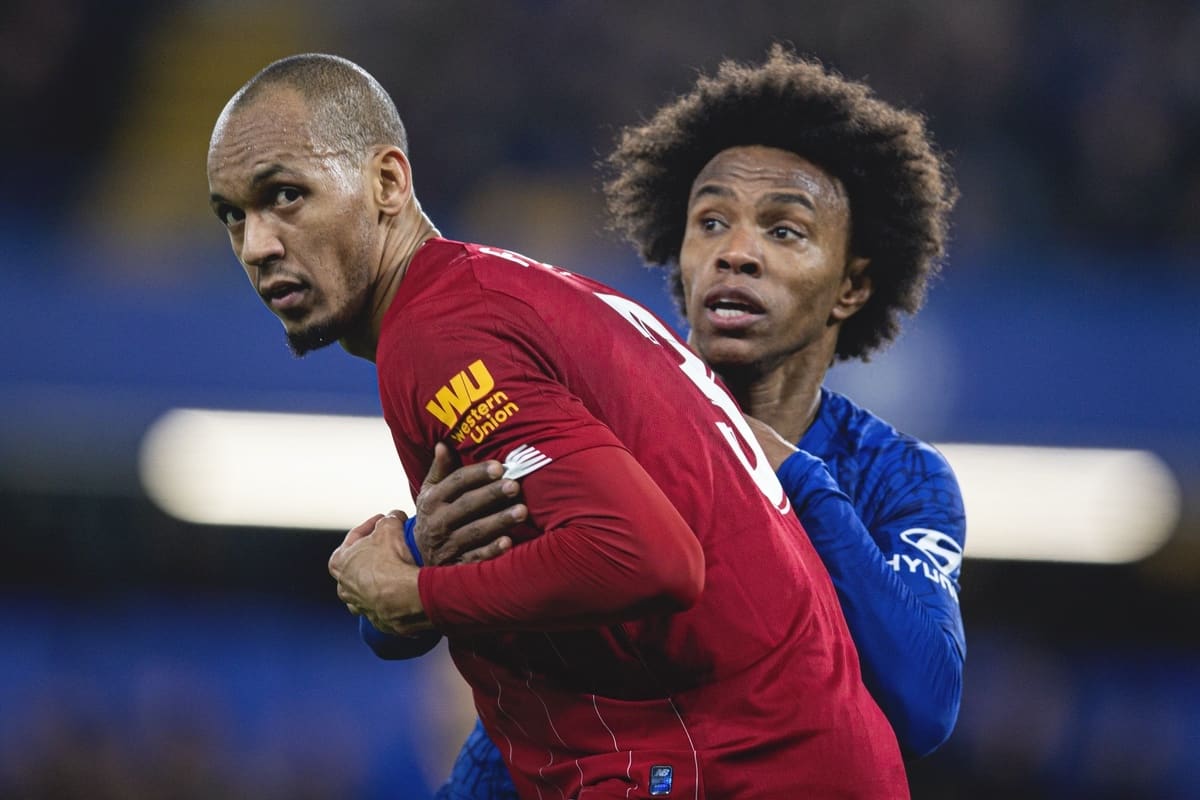 There was no hiding from the result and the performance for Liverpool players as they immediately looked to the next opportunity to bounce back.

After succumbing to defeat just once in all competitions, with the exception of the cup tie at Aston Villa, prior to the trip to Atletico, Liverpool have now tasted defeat in three of their last four games.

The run has seen Jurgen Klopp‘s men struggle in every department, failing to nullify the defensive approach taken by the opposition and Chelsea were the latest side to take advantage.

Willian and Ross Barkley were the benefactors for the hosts as mistakes proved costly, but there was no shying away from the performance at Stamford Bridge or the teams current run of form.

The loss signalled the end of a memorable FA Cup run, one which Curtis Jones seized his chance to impress having started all four games, netting two goals in the process.

It was a quieter night for the 19-year-old on Tuesday as the entire XI struggled to ask questions of the hosts’ defence, leaving Jones “devastated” with his outing and the end of the cup run:

“I thought we started well but it wasn’t the result that we wanted, and on a personal note I’m devastated to not have had the best performance and not to be going through to the next round.

“In any big game it’s vital that every opportunity that you get you try to take it. We had a couple of chances in the first half where their ‘keeper made three or four great saves.

“The best teams punish you and I think that’s what happened today.”

But despite the defeat, there was an immediate feeling of gratitude toward the boss for showing faith in both him and fellow academy players to represent the team.

And it comes as no surprise, but he is already looking ahead to the next opportunity which is bound to present itself:

“I just want to say a massive thank you and I’m honoured really.

“I think for a young lad at such a big club it’s not always easy getting game time as much as you’d like or in the games that you would like, but the gaffer has shown great belief in myself and the rest of the young lads and hopefully I’ve paid him back in a great way and look forward to a few more along the way.”

It was a sentiment echoed by Neco Williams, who made his fifth senior appearance on the night, as while there was rightly frustration there was also an acknowledgement of the chances he has been provided to grow as a player:

“It was frustrating. I think it was a top game to play in, but at times we were sloppy.

“Just because we’ve lost this game doesn’t mean we are all going to be down, we’ve just got to focus on the next game and get the win.

“I’m grateful for every game I play, the more I play the more confidence I’m going to get and I’m thankful for the boss choosing me and trusting me.

“I’ve played against top players and that’s the only way you’re going to learn…so that’s going to improve you as a player.

The response from the Watford defeat was not felt against Chelsea and it was not lost on either the fans or the players themselves, and with another big week in store, there was, again, another acknowledgement of the need to dust ourselves off and go again.

Adrian and Adam Lallana were both left with disappointed after the taste of another defeat but, as always, it is a situation they will bounce back from as a unit.

We are disappointed but it's not about never falling, it's about ALWAYS STANDING UP ???#ADR13N https://t.co/U5f7z3aNWc

And Williams, James Milner and Andy Robertson did not shy away from the run of poor performances but the message was clear – “we’ll bounce back” and continue to put in the hard work to repay the fans’ unwavering support:

Not our best performance but we’ll bounce back ?? thanks to the travelling fans??

You always have tough times in a season, the most important thing is how you react and bounce back from them. Away support was fantastic as always #ynwa #alwaystogether

It’s not been good enough from us the past couple of games but we’re going to keep putting in the hard work and come back better! The fans were incredible again. We’ll hopefully repay your support!

A chance to get the momentum rolling once more now awaits against Bournemouth on Saturday before the all-important clash against Atletico Madrid in midweek.

There’s no hiding from the last few games, but Liverpool now return to the fortress that is Anfield for what is the most important week of the season to date.