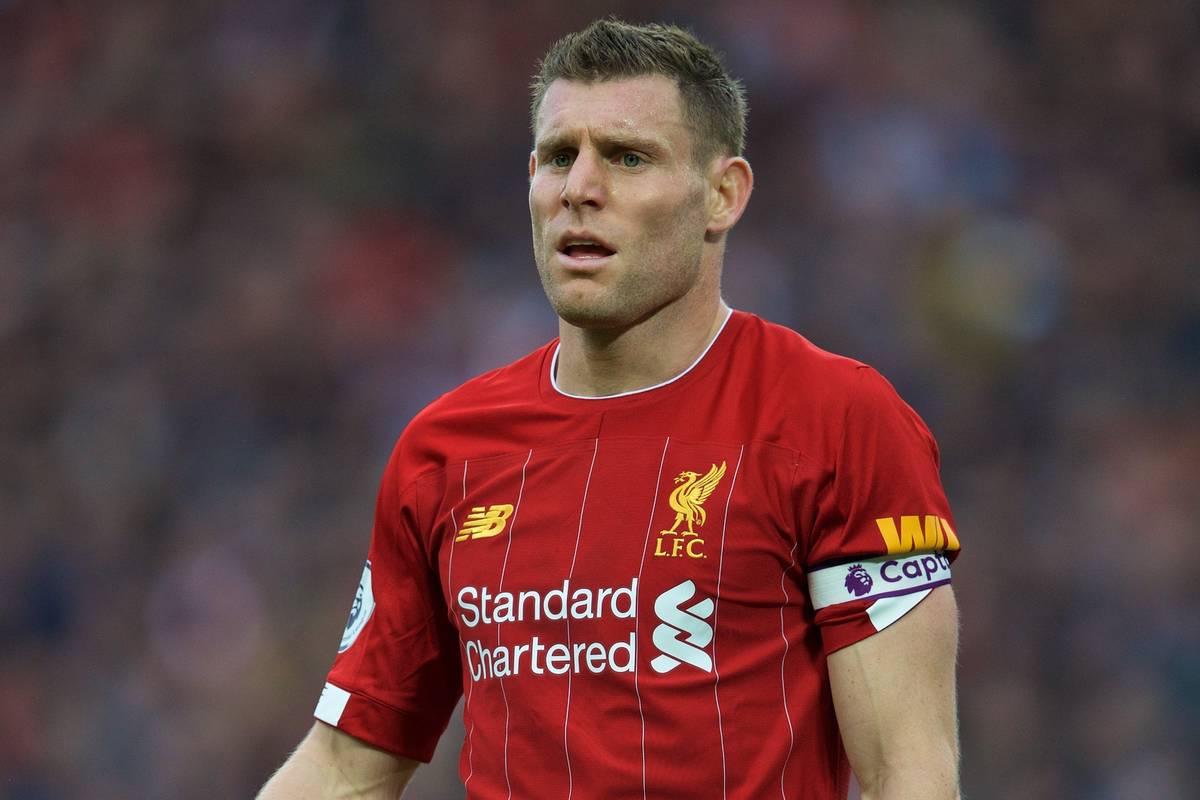 James Milner returned to the side on Saturday and produced a performance befitting Liverpool’s only current Premier League winner, as he prompted a hard reset.

The 34-year-old’s last start for the Reds was the 1-0 win over Everton in the FA Cup third round, with injuries restricting his appearances since January 5.

A total of 36 minutes on the pitch against Norwich, Atletico Madrid and Chelsea saw Milner reintegrated, and with Andy Robertson rested for the visit of Bournemouth to Anfield, he was restored to the starting lineup.

It came in his unfavoured role at left-back and he took the captain’s armband from Virgil van Dijk, as Jordan Henderson continued his watching brief from the stands.

Such is the nature of modern football coverage that the BT Sport microphones caught Milner’s pre-match address while the Reds were warming up, and it served as a testament the example he sets.

? "Everything we do, highest tempo!"

Klopp's Lieutenant on the pitch!

Liverpool may be out of sight in the league but James Milner isn't about to let standards slip on his return the Premier League XI. pic.twitter.com/JhGX5mcmi3

“Everything we do, highest tempo today,” he told his team-mates while he stretched.

“It doesn’t matter, no matter what or who scores, we score, they score, we lift it again.”

Milner’s words were borne of the frustration of Liverpool’s recent form—losses to Atletico, Watford and Chelsea, and a narrow victory over West Ham—and no doubt echoed Jurgen Klopp‘s words in preparation.

But there is a difference between pre-match talk and doing the talking on the pitch, and the Reds were required to react when Callum Wilson scored in controversial circumstances in the 10th minute. 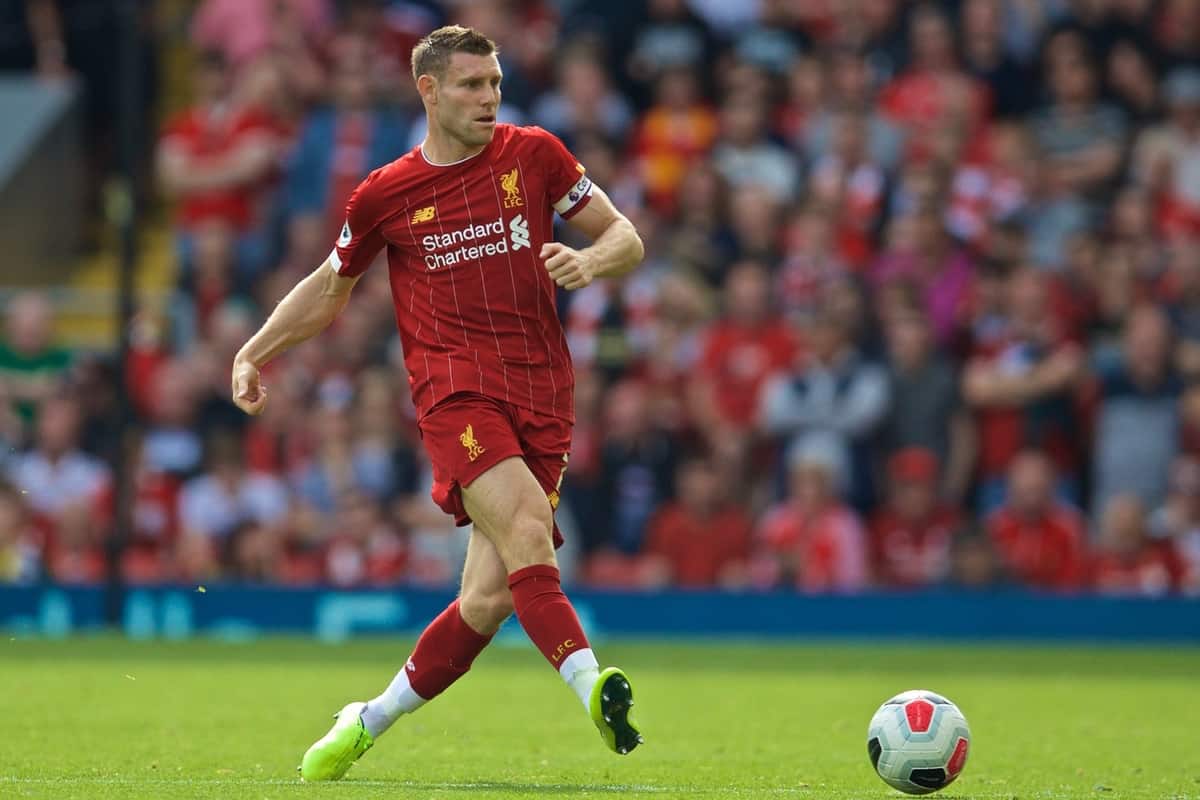 It took time for the Reds to find their groove, just as it did the Anfield crowd, but Milner served as the tempo-setter on an afternoon that required a grind.

While he doesn’t offer the same thrust and forward bluster as Robertson, his persistence and intelligence on the overlap still provided a key outlet out wide.

His most defining contribution came, of course, with a stunning goal-line clearance to keep out Ryan Fraser’s lofted effort with the score at 2-1, and he was rightly praised for his intervention:

But it was his overall influence that helped push Liverpool to victory, and in the absence of Henderson his leadership was priceless to Klopp.

“Having Milly not available, and Hendo at the same time—so pretty much not in the dressing room, nowhere—is really not cool,” the manager told reporters in his post-match press conference.

“The job they do is on the pitch mainly, but not only. So I’m more than happy for Milly that he had the [clearance] situation—I didn’t like the situation obviously, but when when Milly saved it I was really happy about it.

“[It was a] super game in the position he told the whole world and their dogs that he doesn’t like two years ago, but now from time to time he obviously likes it.”

Klopp described Milner as “very important for us,” and that was what convinced the club to extend his contract beyond his 34th birthday; he will be with the Reds until at least 2022, by which time he will be 36. 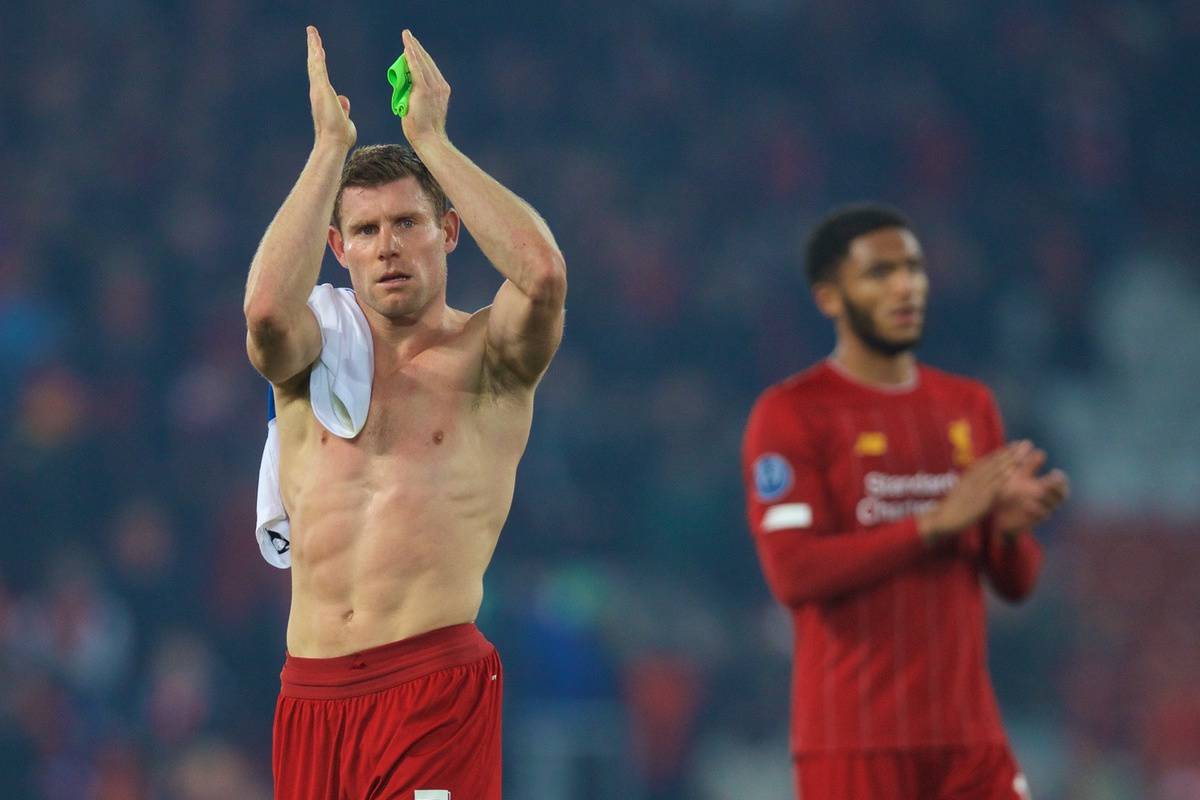 In a season in which Liverpool are set to clinch their first-ever Premier League title, Milner’s experience is vital—he is, after all, the only player in the squad to have done so before.

There are other title-winners available to Klopp, but none who have lifted the most-prized trophy in England, and this intangible quality is key.

“I don’t think any Premier League game is easy to win. It’s boring to say, but it’s true,” Milner told BT Sport at the final whistle.

“Especially after a couple of performances not on our level, many teams would have crumbled.

“A couple of poor results, people saying this and that, but we kept going and stayed calm.”

On the back of the loss to Watford, sandwiched between defeats to Atletico and Chelsea, Liverpool needed their veteran to drag them back to three points—aided, of course, by goals from Mohamed Salah and Sadio Mane.

Milner proved his worth again—crunching into tackles, recycling possession sensibly and, with the lead narrow in a lengthy period of stoppage time, keeping the ball in the corner to wind down the clock—and merited the praise from his manager and team-mates.

The decision to rest Robertson for this game paid off, as the Scot should now be fit and firing for the Champions League decider on Wednesday night.

But there is certainly a case to argue that Milner should keep his place in the side against Atletico, replacing one of Fabinho or Alex Oxlade-Chamberlain to restore a functional midfield trio alongside Henderson and Gini Wijnaldum.

Experience cannot be overlooked in these situations, as though this is a squad of world-class players they still need coaxing and motivating both on and off the pitch.

Milner did his talking before, during and after the game on Saturday, and he helped oversee a momentum-building win on the way to his third league title.