Liverpool battled back from a tough start to return to winning ways in the Premier League as Mohamed Salah and Sadio Mane secured a 2-1 win over Bournemouth.

With the emphasis on a big response, Jurgen Klopp navigated a host of injuries to restore close to his strongest side for the visit of Bournemouth, but controversy hampered the Reds’ start at Anfield.

A clear push from Callum Wilson on Joe Gomez, chasing a long ball forward, was overlooked by both referee Paul Tierney and VAR official Michael Oliver to allow the Cherries to open the scoring in the 10th minute as the striker tapped home.

The Anfield crowd woke up late, but eventually backed Liverpool as they attempted to fight back from a bizarre start, and they benefited from the introduction of Jack Simpson, whose comically poor efforts were pounced upon by the bright Sadio Mane.

With Mane winning the ball off the right-back 25 yards out, the No. 10 played it across to Mohamed Salah who, despite the delivery catching him on the back foot, was able to produce a brilliant finish to level on his league century.

Mane then got on the scoresheet after a positional error from Simpson, driving into space to latch onto Virgil van Dijk‘s through ball before opening his body up and easily beating Aaron Ramsdale to put Liverpool in front for the half. 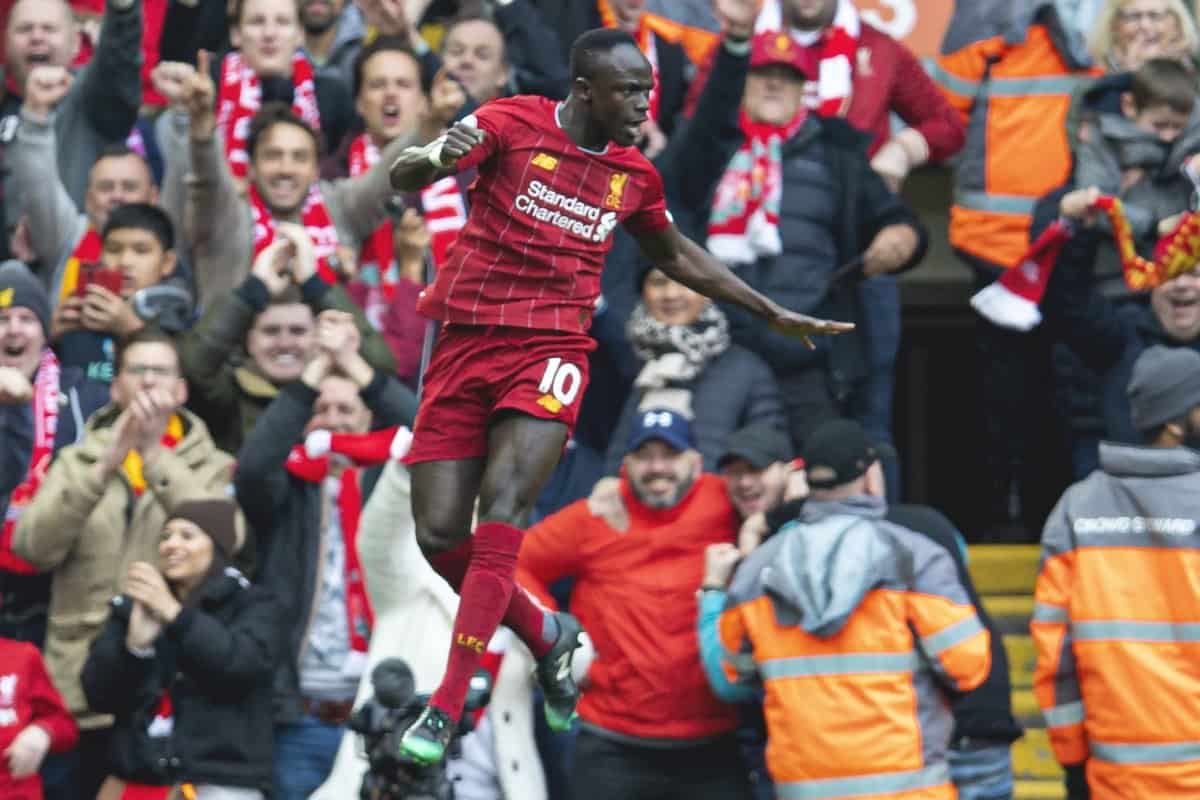 Liverpool slowed the tempo down after the break, perhaps on the instruction of Klopp given their as-of-late rare lead, looking to gain control of a Bournemouth side needing to attack to gain any foothold in their relegation battle.

The Reds required a vital intervention from their captain, James Milner, to keep them ahead though, as the left-back made a stunning clearance racing towards the goal-line after Ryan Fraser had lofted the ball over Adrian.

A brilliant drilled cross from Roberto Firmino evaded every player in the six-yard box at the other end, before Mane thundered an unstoppable shot against the post as the Reds looked to put the game to bed.

Klopp left it late to turn to his bench as Adam Lallana replaced Alex Oxlade-Chamberlain with under 10 minutes to play, while Bournemouth briefly went down to 10 men soon after as Dominic Solanke took out his own player, Philip Billing, to inflict a back injury.

It certainly wasn’t an impressive performance from the Reds, and they survived a late scare as Nathan Ake opted to pass to an offside Wilson rather than shoot, but ultimately the three points drags Liverpool closer to the title.