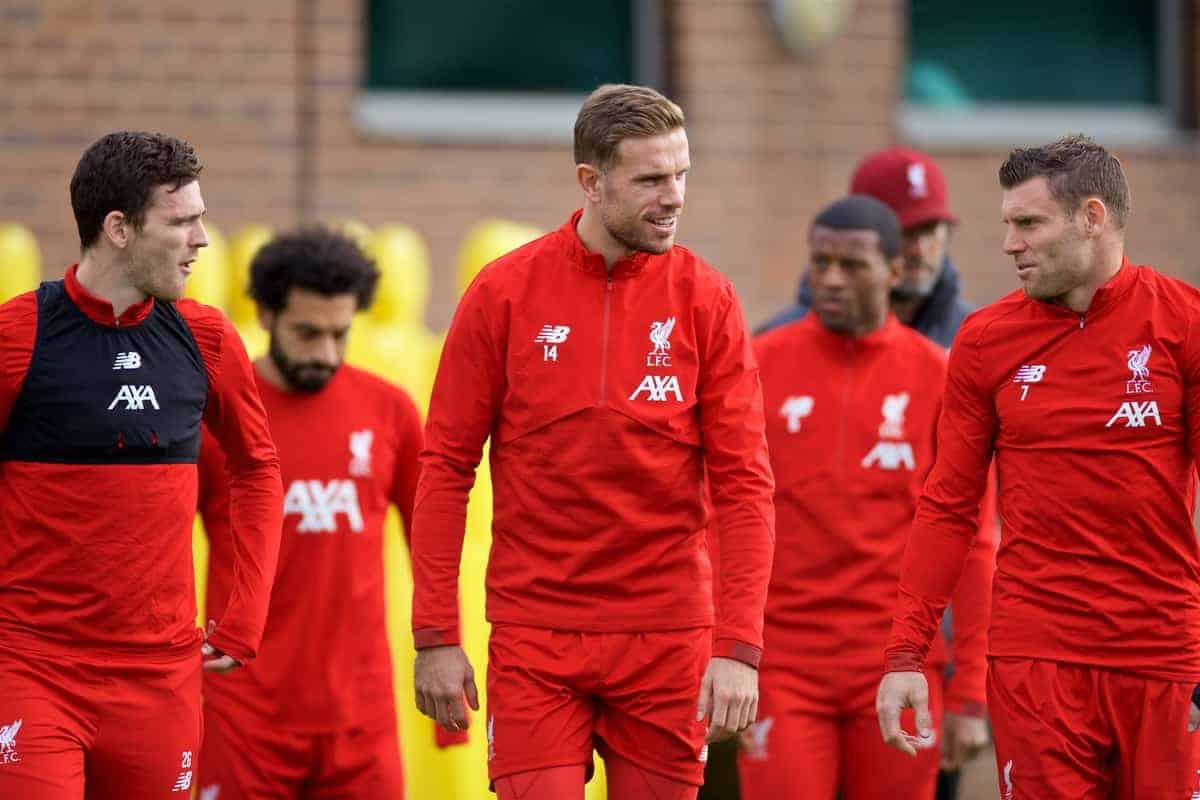 Liverpool have been handed a timely boost ahead of the must-win clash against Atletico, with Jordan Henderson to return to full training on Sunday.

The skipper has been out of action since sustaining a hamstring injury late in the defeat to Deigo Simeone’s side in mid-February.

He was given a three-week recovery period in the immediate aftermath, which left his availability for the return leg at Anfield precariously placed with the timeframe falling on the cusp of Wednesday’s clash.

And now, Jurgen Klopp has been handed a welcome boost as Henderson will return to full training at Melwood on Sunday having successfully recovered within the expected period.

In his absence, Liverpool have struggled to assert themselves in the midfield – struggling for both physicality and leadership.

The four games without the skipper has led to two defeats and two wins, a run which returned zero clean sheets and saw the Reds shut out on two occasions.

And after Liverpool came from behind to secure a 2-1 win over Bournemouth, to move within nine points of the title, the boss confirmed that Henderson “will train tomorrow” and “that [he] looks good.”

Klopp was, of course, coy on the capacity of Henderson’s involvement in midweek, saying that it “should be possible” that the No. 14 is available, while there “should not be a problem” for Andy Robertson – who was left out against Bournemouth.

It will leave Klopp with a lot of options at his disposal in the middle of the park, with Fabinho, Gini Wijnaldum, Alex Oxlade-Chamberlain and Naby Keita similarly available as the Reds look to overturn a 1-0 deficit.

They will be without, Alisson, however, after he sustained a hip injury prior to the FA Cup clash against Chelsea.