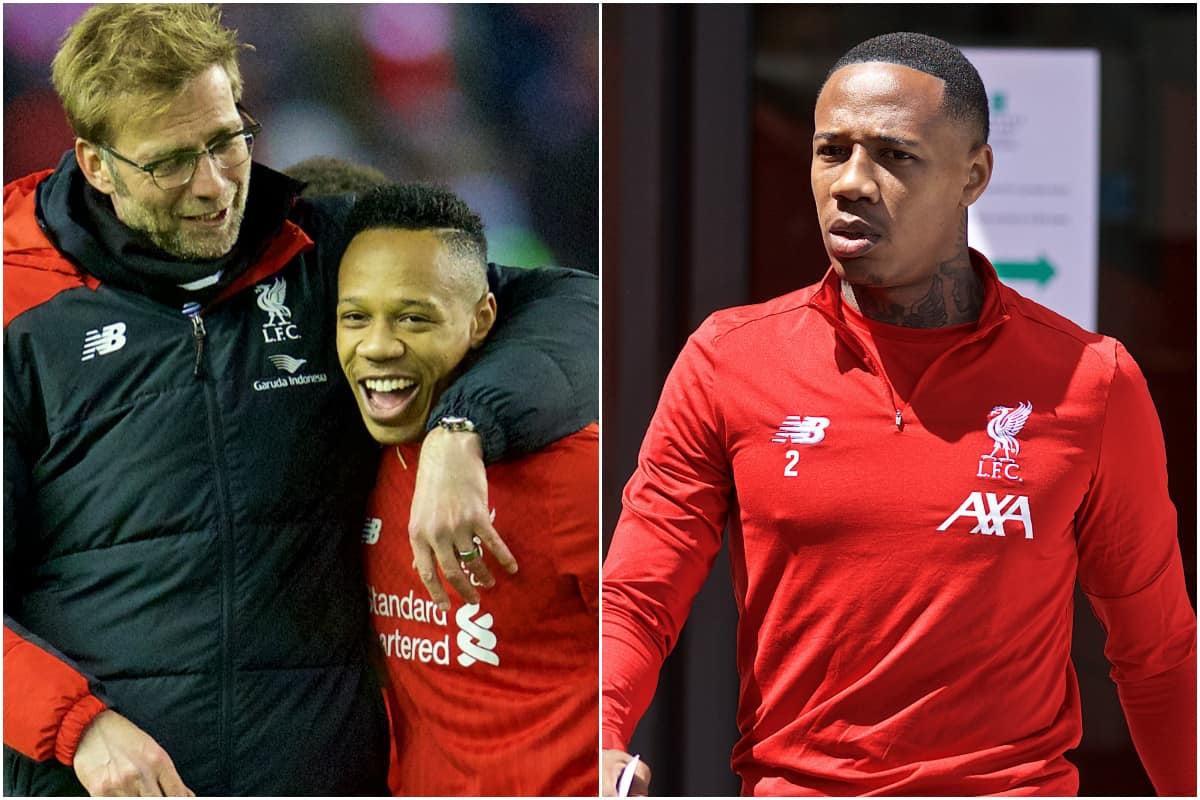 Assess the shifting shape of Jurgen Klopp‘s Liverpool squad over the past five-and-a-half seasons, and there are a number of constants.

Roberto Firmino, Gini Wijnaldum and, believe it or not, Dejan Lovren have been dependable figures for much, if not all, of the German’s tenure; in three out of five seasons, James Milner has matched his shirt number in goals.

But of the changes, one of the most intriguing is how Clyne went from clocking the most minutes of any outfield player in Klopp’s first two campaigns to barely registering in the following three.

Since the end of 2016/17, the right-back has played just 10 times for the Reds, totalling 381 minutes on the pitch and starting only three games in the Premier League.

Prior to that he made 93 outings in his first two seasons with the club, with 8,277 minutes of game time; he started in all but one of those appearances, including a 34-game run of consecutive starts in league and Europe in 2015/16.

He was, by all means, Liverpool’s most dependable player, and his consistency rewarded a protracted pursuit that began a year before his arrival.

When reports of the Reds’ interest first emerged in 2014, he stood as the ideal replacement for a fading Glen Johnson, and given his form at Southampton was making a strong case to become England’s first-choice right-back. 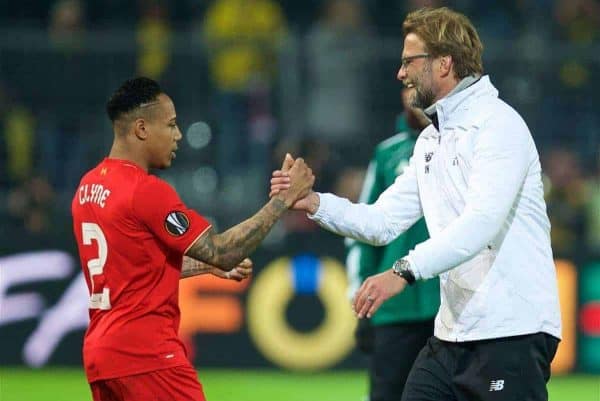 After another season with Johnson in the role, and a brief, bright run for Javi Manquillo, an eventual £12.5 million deal brought Clyne to Anfield.

A problem position solved, the Crystal Palace academy graduate settled in quickly under Brendan Rodgers and, upon Klopp’s arrival, maintained his form throughout an impressive first campaign.

“The manager has called me a machine in the past,” Clyne reflected early into his second season with the club.

“I’m not entirely sure why, it’s probably because I play in loads of games and rarely get injured or come off with knocks. All I try and do is my best for the team and try not to complain about anything.”

That was the crux of Clyne’s importance: a reliability that made him one of the first names on the team-sheet, and a no-nonsense attitude that gave Klopp a solid platform in his early months.

But this came to a halt in the summer of 2017, and cruelly betrayed his correct assertion that he would “rarely get injured,” as there has rarely been a period since when he has been fully fit.

A back injury sustained in the 4-0 win at Tranmere in the first game of pre-season kept him out for all but the final month-and-a-half of 2017/18, limiting him to 10 minutes on the road to Kyiv, where he was an unused substitute.

By then, serendipity and immense potential had cemented Trent Alexander-Arnold as Klopp’s new first choice.

Another back problem kept Clyne out for much of the first half of 2018/19, though a short-term injury for Alexander-Arnold then thrust him into a surprise starting role in the 3-1 win at home to Man United at the end of 2018.

The No. 2 shone that day, defying expectations in what proved the perfect shop-window performance as Bournemouth made a loan bid in the January transfer window.

Despite concerns over a lack of depth, Klopp was content with allowing Clyne to leave for another Premier League club; such is his unerring faith in Alexander-Arnold and, if required, the options in Liverpool’s academy.

It certainly didn’t help that Clyne was not up to his usual standards at Dean Court—and unsurprisingly so, given his time out—but a mooted permanent switch to Bournemouth failed to materialise last summer.

And, like clockwork, a promising run for the Reds in pre-season was cut short as he suffered an ACL injury in Indiana.

That likely forced a host of clubs to change their plans, as at the time Clyne would have served as the ideal cut-price signing for many Premier League hopefuls—West Ham were credited with an interest, for example.

Now, as with Alexander-Arnold in 2017, the lack of an experienced, specialist deputy at right-back has led to the rise of Neco Williams.

While Klopp has certainly not forgotten Clyne—on the contrary, he invariably mentions him along with Paul Glatzel in his long-term injury updates—the form of Alexander-Arnold and the promise of Williams has made him a forgotten man among many Liverpool fans.

This does him a disservice, as on the surface he has proved a consummate professional for Liverpool, and deserves to be acknowledged as key to Klopp’s early impact.

Unfortunately, while he may still be one of the best defensive full-backs in England—the prototype for United’s £50 million Palace product Aaron Wan-Bissaka—he does not provide the attacking thrust and devastating service of Klopp’s No. 66.

In 103 games for Liverpool, Clyne has only scored twice and laid on five assists, while in his 77 outings in the league he has created just 70 chances.

Alexander-Arnold has produced two goals, 12 assists and 75 chances created in 29 league outings this season alone, while Williams has set up three in his five games for the club.

The development of Alexander-Arnold has changed the shape of Klopp’s side entirely, as Liverpool’s primary playmaker from right-back, and Williams’ early showings indicate a like-for-like stand-in.

Like Adam Lallana, the Reds have moved forward while Clyne has, through no fault of his own, stood still.

He will leave the club on the expiry of his contract, but unlike Lallana is unlikely to be a priority in terms of a short-term extension beyond July 1 and to the end of a postponed season.

His next move is uncertain, though Besiktas have been linked with a free transfer, and it would not be unrealistic to suggest the same English clubs his representatives approach will be considering a loan move for Williams.

Clyne only turns 29 in April, however, and would provide an accomplished first-choice right-back for a mid-table side if he is able to stay fit.

That caveat has effectively clouded his last three years, and Clyne’s story is a sad indictment of how quickly football moves and how quickly things can change.

Hopefully, away from Liverpool, he can regain his mojo.