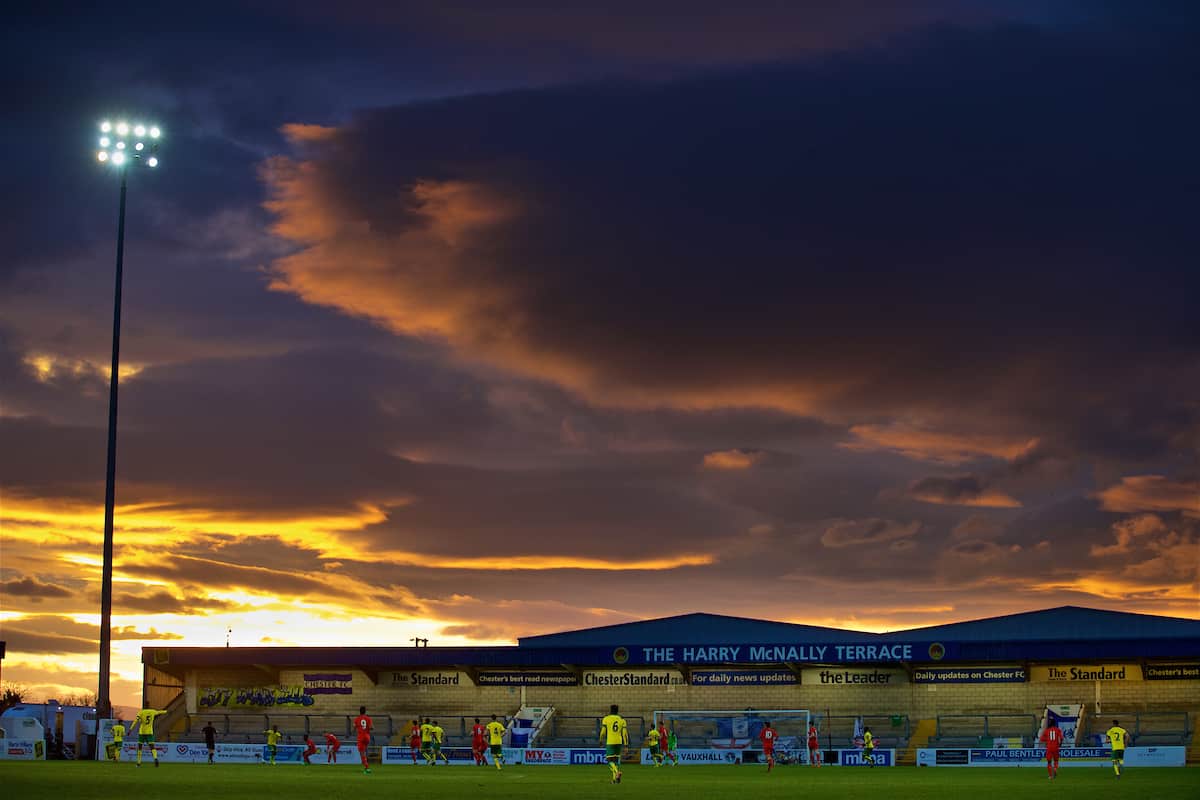 Levels of the National League System have seen their seasons declared null and void due to the coronavirus, prolonging debates and speculation during a time where other matters are to take prominence.

The FA announced this week that all leagues on the National League System from steps three to seven will see their seasons come to an end and all their results “expunged”, as the statement so brutally put it.

This means that the teams playing from the seventh tier and below on the English football league pyramid will see their seasons wiped out, deleted, and count for nothing.

The plight of football clubs is far from the most pressing matter at this time, but at the same time any planning for the future of the sport gives football fans currently in isolation, on lockdown, or socially distancing, hope that some normality will return.

As Scottish band Idlewild once said, ‘hope is important’ (there’s an album to listen to while on lockdown), but the hopes of many clubs and their fans were dashed with this announcement which saw some memorable seasons wiped completely from the record books.

Some clubs, such as Jersey Bulls and Vauxhall Motors had already mathematically secured promotion, and the Bulls were in the midst of a perfect league season in the Combined Counties Football League Division One (step six, tier 10), having won 27 of their 27 games before it was abandoned.

The club from the island of Jersey released a statement which suggested they will not readily accept the decision made by the FA.

“We are in unprecedented times and our thoughts as a club first and foremost surround the wellbeing of all our club members, players and supporters, and the wider public during these difficult times,” read the statement from Bulls chairman, Russell Le Feuvre.

“We are of course disappointed with the recent decision of the FA to null and void the season, and discount the club’s hard work over the last eight months and our record-breaking first season.

“The club was in the unusual position of having already secured promotion at the time the league was suspended. We will be engaging further with the FA and Combined Counties League on this issue.”

Many teams appear hesitant to come out and say what they really think of the decision at this stage, but there have been rumblings of legal action.

South Shields FC were 12 points clear at the top of the Northern Premier League Premier Division (step three, tier seven) and are considering such action against the FA.

“SSFC will be writing to the FA in the strongest possible terms and will seek an appeal or will take legal action,” said the club’s chairman, Geoff Thompson.

“Whatever the outcome following this appalling decision, the club will continue as before. However, there is no denying this decision has a huge financial impact.

“We have invested heavily this year in a host of areas and the loss of promotion will also affect some of our revenue assumptions for next season. My message to all our SSFC fans and sponsors is – sorry, a huge disappointment and we’ve all been badly let down.”

Worthing FC had been seven points clear at the top of the Isthmian League Premier Division, but their chairman, Barry Hunter, was more accepting of the decision and focused on the bigger picture.

“Naturally this comes as a huge disappointment to everyone involved at the club,” he said.

“That said, this is not a decision that would have been taken likely by the FA and it is one that the club fully understands and supports. This is a time for everyone to come together, be safe and get through an incredibly difficult period.”

Closer to home, Anfield-based club Lower Breck FC were ten points clear at the top of the North West Counties League Division One North, and described the decision to declare the season void as “shocking”.

For many other clubs, promotion was within touching distance and all but secured, but they will now have to start from scratch whenever the season starts again.

At the time of writing a decision is yet to be made on how this would affect step one and two, with current National League leaders Barrow on the verge of a return to the Football League (EFL) for the first time since 1972.

The knock-on effect on the EFL will be one of the reasons for a delay in the decision at this level, and then attention naturally returns to the leagues above, and ultimately, the Premier League.

The Premier League also have to take into account the effect this has on European qualification, and the fact UEFA will want its full gamut of high-profile competitors for the next season’s Champions League and Europa League, whenever that may be.

The cancelling of leagues in progress has the potential to affect qualification as well as club coefficient rankings.

Putting seasons on hold indefinitely, while also providing any financial support from the top down to facilitate this, seems like the most sensible action.

It would also solve the moral dilemma as to whether things like this should still be being discussed at this time, as it would mean a final decision is made across the leagues.

Making a decision to completely wipe away a season of football, which in some cases had the potential to be the most joyous in the history of some clubs, could in itself be seen as immoral, but this is what the FA and NLS have decided to do.