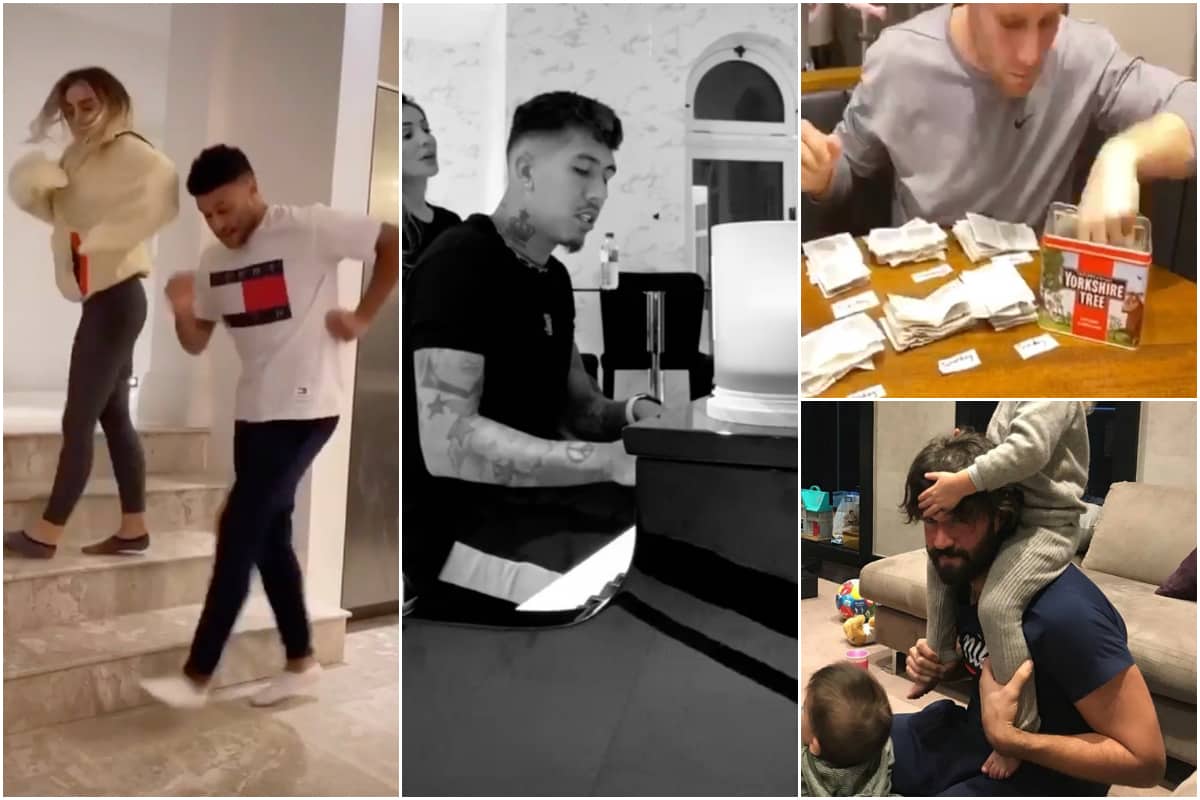 The Liverpool squad have been keeping themselves entertained while in self-isolation due to the coronavirus outbreak, with Alex Oxlade-Chamberlain showing his moves.

The Reds are currently not permitted to train at Melwood, as the club have suspended activity at the training ground following the postponement of their Premier League fixtures.

Jurgen Klopp‘s side are not expected back in action until the visit to Man City on April 5 at the earliest, though there is the possibility this break could be extended.

While the players have been given their own individual programmes to maintain fitness, the time at home has seen many take to social media, no doubt out of boredom.

Oxlade-Chamberlain’s girlfriend, Little Mix signer Perrie Edwards, shared a video as they kept up the spirits, picking up almost 5,000,000 views at time of writing:

Precautionary self isolation can be fun??

James Milner responded in typical fashion, as he “rationed” his teabags for the week from his own ‘Milner’s Tea’ box:

Hey Ox… Barrels of laughs here in the Milner household as well – rationing the tea bags for the week?? #crazydays #somuchtogetonwith #notgotthemovestocompete

Gini Wijnaldum appears to be one of those most affected by the boredom of staying at home, with three different posts of his time in isolation so far, including a message acknowledging that “some things are bigger than football”:

Current mood… some things are bigger than football. Take good care of yourselves and your loved ones ??

Find blessing with your loved ones ?

Like Gini, Alisson has been spending time with his family, with the goalkeeper—still recovering from a hip injury—on dad duty.

I am happy to answer @drtedros call to join @who 's #SafeHands challenge. Now I challenge @mterstegen1 @thiagosilva @filipeluis @taffareloriginal and all of you to join us! #covid_19 #who

Meanwhile, Roberto Firmino showcased his artistic side as he played piano to accompany his wife singing a song dedicated to their friend on her birthday:

And finally, Sadio Mane took a questionable approach to the coronavirus, with the simple message of “corona please stay away”:

It is unclear when the Liverpool squad will be able to report back to Melwood, though every measure will be taken to avoid spreading the coronavirus as the problem escalates in England.

For now, Klopp’s side will be forced to entertain themselves at home while they keep themselves fit for what will hopefully be a positive end to the campaign when it resumes.