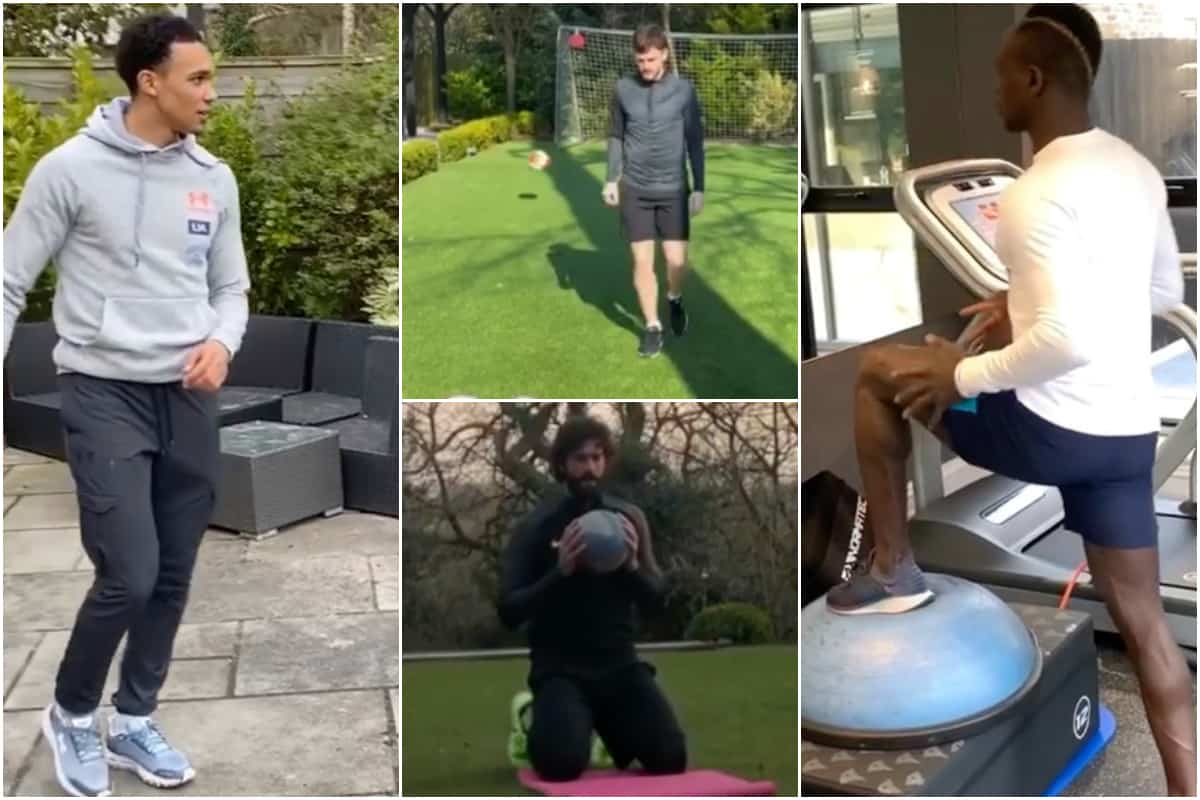 Andy Robertson and Trent Alexander-Arnold engaged in a typical back-and-forth on social media as the Scot claimed he should be Liverpool’s “new free-kick taker.”

There has long been a friendly rivalry between the Reds’ first-choice full-backs, with the pair battling to end each season with the most goals and assists.

Alexander-Arnold has an advantage as he takes most set-pieces, including free-kicks, and the right-back showed off his accuracy as he hit the target in his garden at home:

But in response, Robertson insisted “there’s a new free-kick taker when we get back”:

There’s a new freekick taker when we get back @trentarnold66 ?

To his credit, given it has previously been claimed he struggles when delivering a ball from a standing position, the 26-year-old hit both top corners and the crossbar with his three efforts.

The No. 66 was quick to respond, however, that they would “hit the wall,” to which Robertson responded: “Fair point.”

But Robertson did get the backing of an influential member of the squad in Virgil van Dijk, with the Dutchman replying to his post on Twitter:

Alexander-Arnold could have more competition in the future, though, with Curtis Jones throwing his hat in the ring with a contribution of his own:

Meanwhile, Alisson began his rehabilitation at home after the government-imposed ‘lockdown’, with the goalkeeper rebuilding his strength after a hip injury:

Alisson is one of a host of players associated with Nike to use their new slogan ‘play inside, play for the world’, but for Sadio Mane, his home exercise came with the New Balance angle:

Elsewhere, Liverpool’s throw-in coach Thomas Gronnemark kept himself busy by attempting to hit the crossbar from a throw-in, with the Dane visibly delighted as he managed to do so:

Is it possible to hit the Crossbar with a throw-in from the sideline????#looongthrowin #throwincoach pic.twitter.com/8IMpvHyaYw

And Andy Lonergan urged supporters to “take advantage of the isolation” as he learned a new skill in his garden:

Take advantage of the isolation if you can – learn a new skill! #DIY #stayathomesavelives pic.twitter.com/7WYWmR8QOc

It will be a long period before Liverpool are able to report back to training at Melwood, and work has now been suspended on the club’s new training ground at Kirkby due to the coronavirus pandemic.

But there is the possibility of the squad convening via video link, as Jurgen Klopp prepares his side for their eventual return to the Premier League and the resumption of their title tilt.