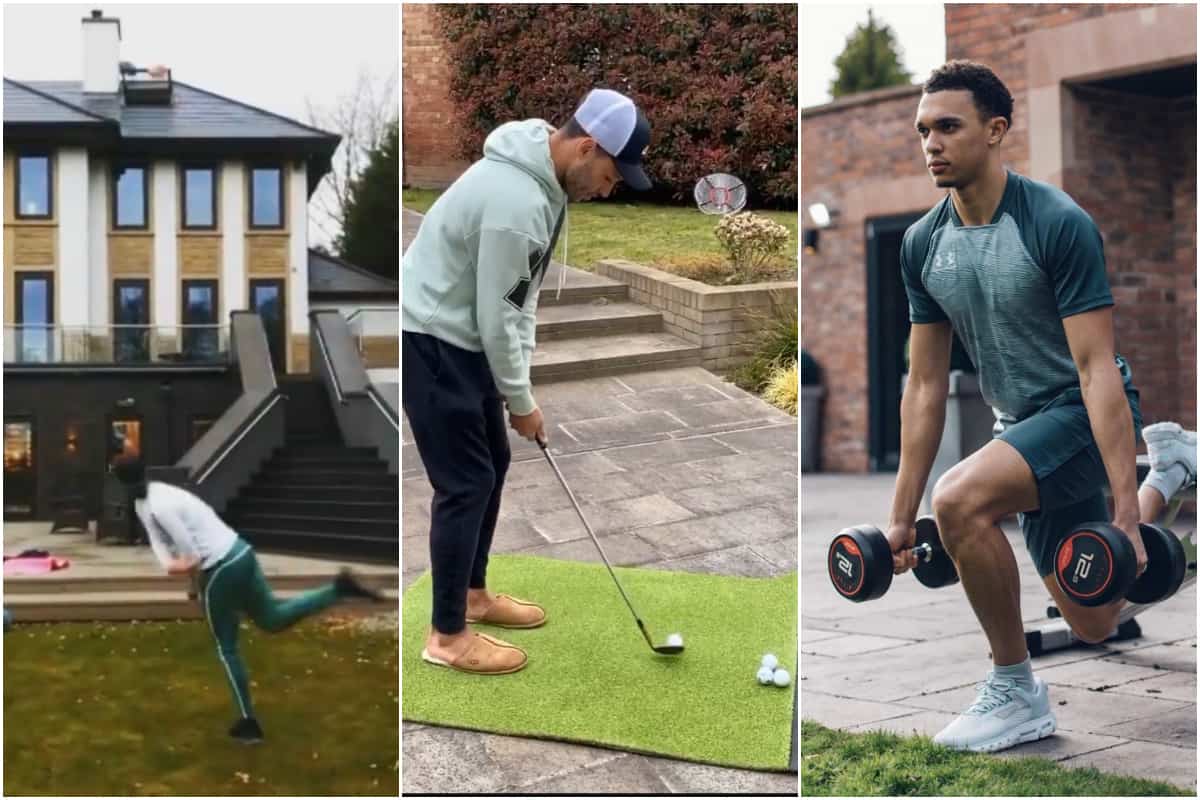 Alisson has found a novel way to maintain his throwing practice while in quarantine, while Alex Oxlade-Chamberlain has turned to golf while he’s stuck at home.

The Liverpool squad have begun training together again despite the UK being in lockdown, with Jurgen Klopp and his players linking up via Zoom.

Achterberg will also be in contact with Alisson throughout the lockdown, as the Brazilian continues his recover from a calf injury ahead of a return to action when football resumes.

While Alisson will be undergoing more traditional exercises as part of his work from home, the 27-year-old also demonstrated his supreme throwing technique from his garden:

The less said about the Cristiano Ronaldo celebration the better, though…

Meanwhile, Oxlade-Chamberlain worked on his short game as he set up a mini golf course in his garden, showing some strong skills in his second sport:

Technical issues seemed to keep Gini Wijnaldum from joining Liverpool’s yoga session, and the Dutchman expressed his desire to return to training alongside Van Dijk on Instagram:

Really missing these training sessions with Big Virg ???How would you do against him? #Throwback

And in the No. 4’s Q&A on Twitter on Tuesday evening, he told Wijnaldum that he is “feeling fine” despite the down time, and that his “body will be ready for when we go again”:

Feeling fine bro, the body will be ready for when we go again!

Alexander-Arnold also shared a photo of his approach to training, with the right-back working on his strength and balance in his garden:

Adrian delivered a worthwhile message on the importance of staying at home during the pandemic, with a possible hint to fans’ concern over the title race as he wrote, with a wink, “they have not taken anything away from us, they have simply put it off”:

Family, friends, football… they have not taken anything away from us, they have simply put it off ? Together and being responsible we will enjoy it again. #StayHome ?? . Familia, amigos, fútbol… No nos han quitado nada, simplemente nos lo han aplazado. ? Juntos y siendo responsables volveremos a disfrutarlo. #QuédateEnCasa ??

And on Rhian Brewster‘s 20th, Curtis Jones, Harvey Elliott and Ki-Jana Hoever were among those to wish the striker a happy birthday: 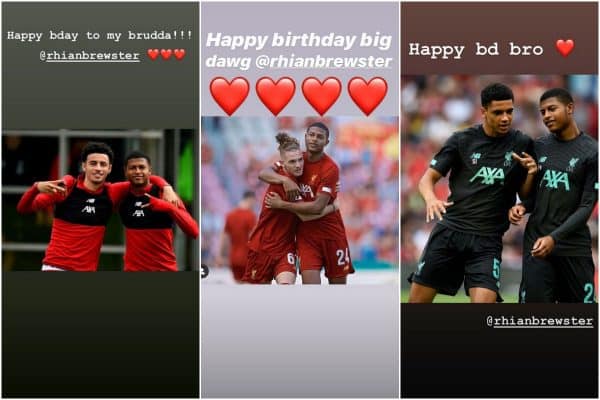 Finally, Ian Rush paid tribute to the ultimate April Fool’s Day joke, with a throwback to 1989 and the front cover of Shoot magazine:

A prank that would not be possible in this day and age!