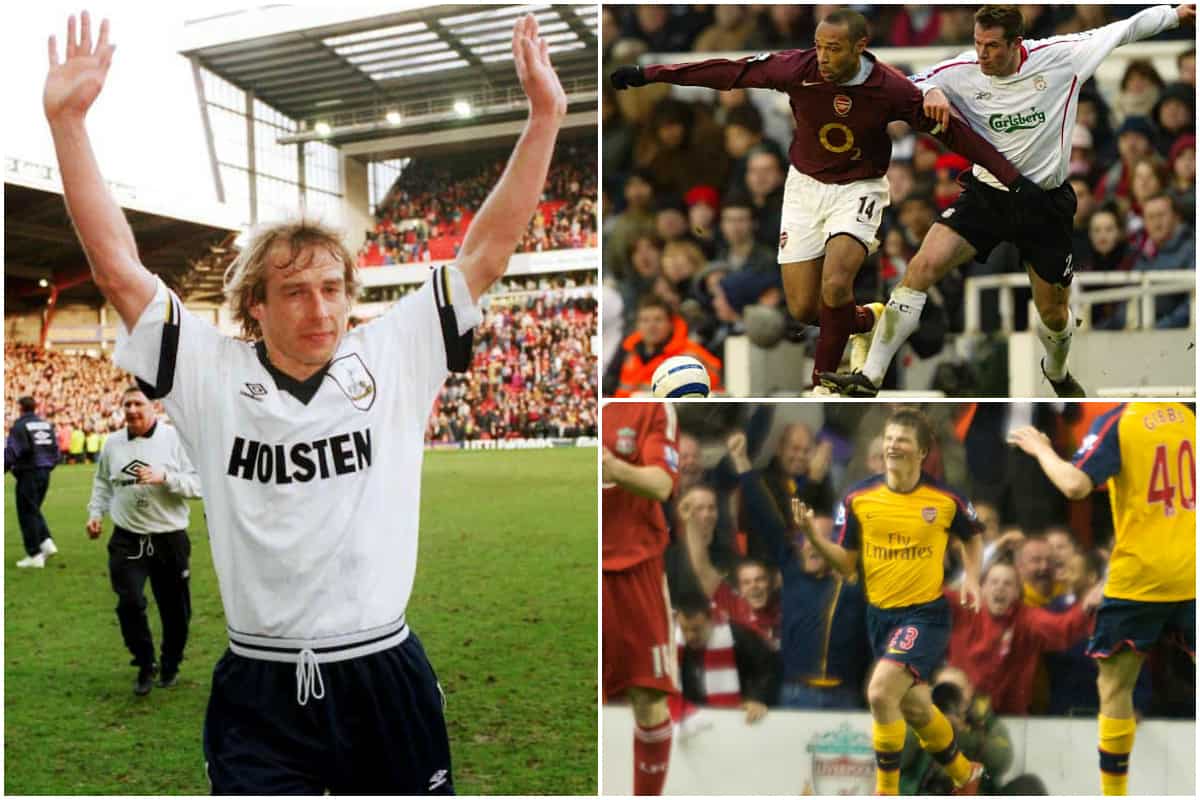 To wrap up our opposition week, we this time look at the best and, at times, most unexpected top performances that rival players have produced against Liverpool.

This is the fourth and final part of a mini-series looking at how Liverpool fans can, and do, appreciate the quality in front of them even when it’s not from those in Red.

It seems to be the case that some players love playing a specific side. Luis Suarez, for example, threw a party on the pitch every time Norwich came to town.

And sometimes it happens against us: a player, great or mediocre in the normal scheme of things, produces an inspirational, match-winning display against the Reds.

Here we acknowledge those who have done exactly that, who have turned heads and won admirers by being so good, even the fact they did it to a team we love had us nodding our heads in appreciation. 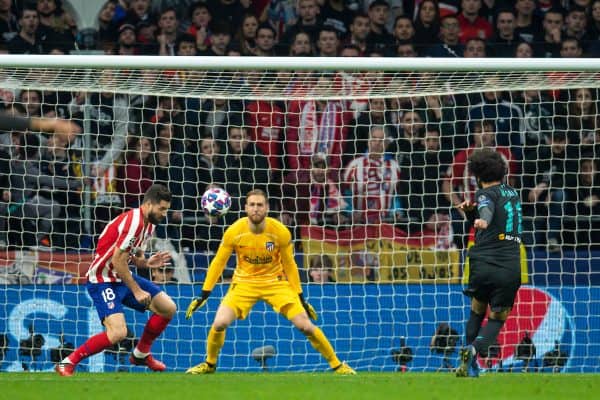 All the damn goalkeepers. So many, in fact, that we dedicate this entire section to them and their decision to produce a worldie against Liverpool, even if they were rubbish the rest of the season and beyond.

An assist, a goal, a 2-0 win over the Reds and a moment of solo magic which left even the great Alan Hansen stumbling around closing down thin air: Barnes gave the travelling Kopites a glimpse of what was to come.

A top performance from a man who would go on to be one of Liverpool’s finest-ever players.

Let’s get the four-goal salvos out of the way, shall we? It takes a particularly lethal night for a player to get a quartet of goals past any Liverpool defence, and they must be applauded for such consistency and accuracy across a 90 minutes.

In the League Cup, Julio Baptista put four of Arsenal‘s six past a hapless Jerzy Dudek, in a quite ridiculous 6-3 victory for the Gunners.

A free-kick, a tap-in after a one-two, a low drive from distance and another close-range finish got him his bushel-load of celebrations—and he even found time to miss a penalty in between all that.

You may have the vague perception in mind that 90s/2000s Liverpool were somewhat lacking defensive solidity. You’d be right, and this game would be a classic example of such.

Christian Ziege gifted Mark Viduka his first, then he was utterly unmarked in the middle of the box to net his second off a cross.

Next it took the combined efforts of Berger, Babbel, Westerveld and Carragher to defy logic and physics to keep out of the ball’s way to allow a hat-trick, before Babbel’s misguided attempt to play offside left the Australian striker in for the fourth. Devastating.

One of the most iconic performances in the modern age from a rival at Anfield, as Andriy Arshavin turned on the style in an incredible back-and-forth game.

The match itself was a fantastic 4-4 affair; all of Arsenal‘s passing flair and quick counters, against Rafa’s Liverpool’s industry, potency and never-say-die determination.

Wenger’s Russian profited from his own brilliant finishes as much as Liverpool’s defensive lapses, as both teams went hell-for-leather for the points. Four each, all of the away team’s by Arshavin.

Peak Spurs era with Jurgen Klinsmann and Teddy Sheringham in attack and the German utterly bamboozled the Reds’ defence with his touch, finesse and movement.

He created the first and scored the second to win this FA Cup quarter-final tie in the last minute, with Liverpool utterly unable to contain his brilliance.

Klinsmann almost returned to Anfield as manager later, of course, but this was his finest time as a player in England.

For absolutely no reason we can fathom, Andreas Weimann turned into Lionel Messi every time he faced Liverpool.

The peak Weimann-Benteke game was a 3-1 win for Villa at Anfield, with the otherwise-unremarkable Austrian absolutely unstoppable with his movement in the channels, quick link play and neat finish.

Unsurprisingly, he was involved in Benteke’s goals too, either side of his own strike to down Brendan Rodgers’ Reds.

If Andreas Weimann had little to trouble Premier League teams other than Liverpool, what do we say about Charlton’s Kevin Lisbie?

Between 1996 and 2007 in the top three tiers of English football, he scored 19 goals for Charlton and a further six on loan. Of those 25 goals in 11 years, three came in the course of 90 minutes against Liverpool.

A first-time finish on the run, a close-range reaction tap-in and a never-to-be-repeated solo goal beating a defender and lashing in his third made it his career-topping day without question.

Drogba might have terrorised Liverpool at times while wearing the blue of Chelsea, but before that ever happened he gave Gerard Houllier’s defence an absolute lesson in the UEFA Cup.

Were you at Anfield that day in the first leg, you’d recall an immense physical presence, occupying Sami Hyypia and Stephane Henchoz single-handedly, battering the midfield all over the place—and scoring the vital away goal Marseille wanted.

And yes, he scored in the return leg too, to send his side through.

French winger Ginola had a few decent games against the Reds—one with Tottenham a few years later stands out in a 3-3 draw—but his performance in the 4-3 classic at Anfield was also exceptional.

It’s a rarity on this list in that his team still ended up losing, but in one of the most free-flowing, all-out-attack games in Premier League history, he was at the heart of everything for Newcastle.

Ginola scored one, linked continuously with Tino Asprilla and had so many silky dribbles and one-on-ones that he probably forced a start-up called Opta to be created in this game alone.

You go a goal up at Arsenal now, you pretty much hope for a good day. You didn’t always get that when Thierry Henry was around.

He absolutely destroyed Liverpool at Highbury on this occasion, showing scintillating individual skill, lethal finishing and every bit of his predatory marksmanship which made him one of the world’s most feared forwards.

The lingering memory is of his unbelievable solo second, sidestepping every challenge which came his way to leave a succession of Liverpool men on the floor and steer home yet another brilliant goal.