The ongoing coronavirus pandemic has had a significant impact on people across the UK and the world and Woodburn, who is on a season-long loan spell with League One’s Oxford, has teamed up with Ward, now of Leicester City, to help relieve some of the pressure.

The duo have launched an appeal which aims to raise funds for disadvantaged children or those suffering from abuse or neglect across Merseyside, Chester and North Wales.

The appeal, which has been organised alongside local charity the Emily Ffion Trust and Chester restaurant Hickory’s Smokehouse, will raise money for children’s charity ‘Cash 4 Kids’.

The local charity Emily Ffion Trust, was set up in honour of the niece of former Crewe midfielder Dave Brammer, the agent of both Woodburn and Ward.

“Players had been called out a bit in terms of being told they should be doing this, that and the other but as well as being involved in the ‘Players Together’ fund, Ben and Danny were aware that they should do something personal as well which they wanted to do,” Brammer told Goal. 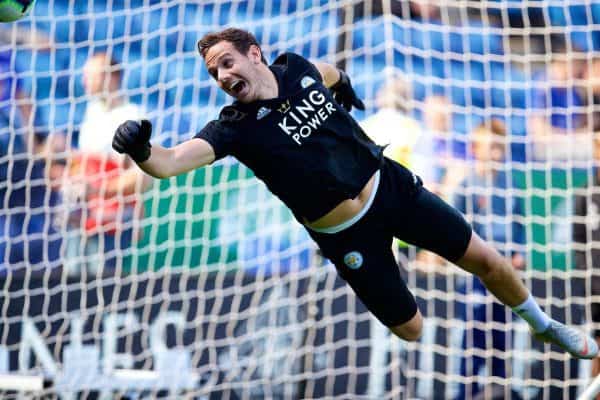 “Along with a friend of mine who owns the Hickory’s Smokehouse chain of restaurants and The Emily Ffion Trust, we decided to do something together.

“There are that many people trying to do stuff but if you can help a little bit, it’s great.”

The money raised by Woodburn and all those involved will go directly to family centres and will be used for essentials which include: food, toiletries, household bills and activities for kids.

In addition to the funds raised, Hickory’s in Chester will also provide 1000’s of meals for families in the area.

It is yet another welcome initiative from within the club with Woodburn, who has made 11 senior appearances for the Reds and 13 at Oxford, following on from the likes of Mohamed Salah, Sadio Mane, Jordan Henderson and Andy Robertson who have all reached out to their local and wider communities.

And it is heartwarming to see him link up with his national compatriot and former teammate Ward, who remains at Leicester City following his move from Anfield in 2018, six years after he first joined the Reds.

* You can donate to the Cash 4 Kids appeal here.