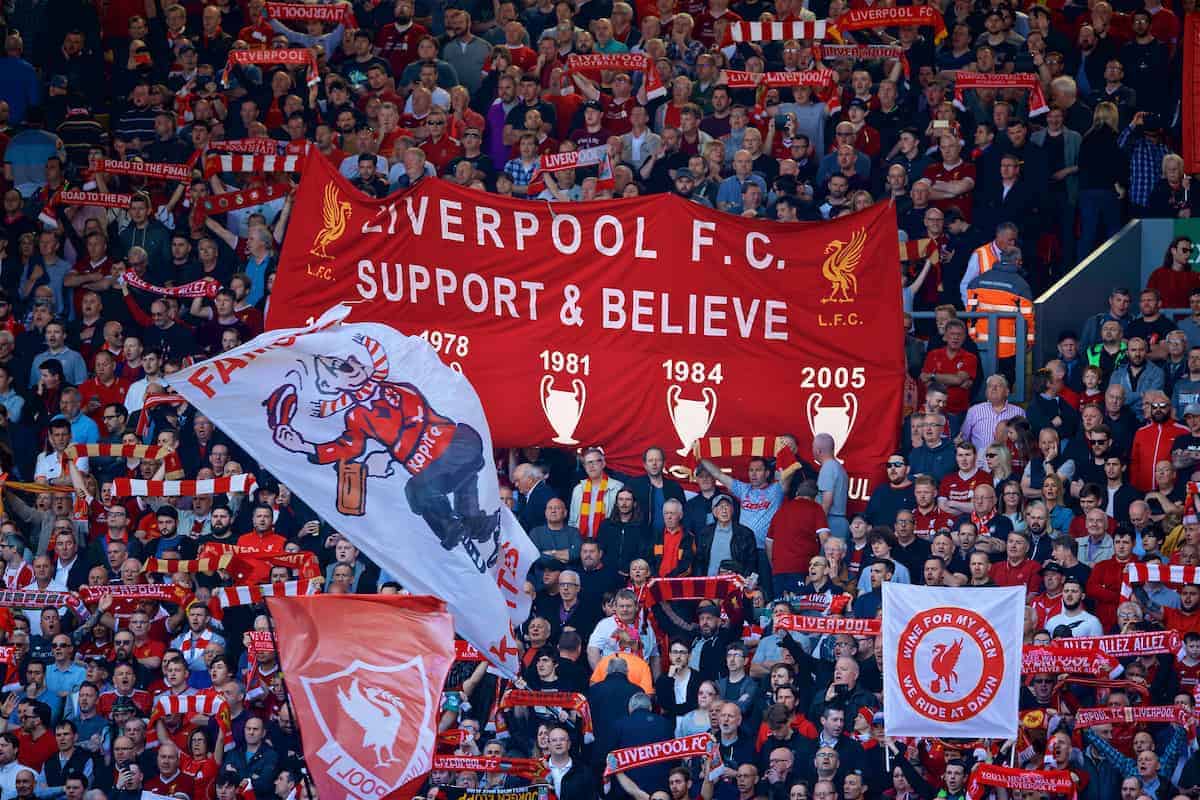 FSG were acknowledged for “admitting a mistake” as the “impact of fans” prompted the Liverpool owners to take a U-turn in their plan to furlough non-playing staff.

The club’s announcement on Saturday that they would be utilising the government’s scheme to cover 80 percent of their furloughed staff’s wages, topped up by a further 20 percent themselves, was widely criticised.

For an institution with the turnover of Liverpool to draw upon funds that are desperately needed elsewhere was deemed irresponsible at best.

That prompted, over two days later, the confirmation that the club would no longer be pushing forward with their plans to furlough staff, with a statement claiming they are “truly sorry” and had “opted to find alternative means.”

It was a much-needed change of tack, and taking to Twitter after the news broke fans, journalists and supporters’ groups reflected on the decision.

Clearly, the U-turn was hailed as the “right decision”…

Well done to #LFC for reversing their furlough decision – they didn't have to, and they deserve some credit for doing so.

But it's still staggering it took a public backlash for them to realise that would be the reaction – that should have been obvious from the start.

I hold Liverpool to a higher standard than any other company in the world. I did not expect them to U-turn but my word I'm glad they did.

Never too late to do the right thing @LFC @PeterMooreLFC ??

Well done @LFC you seen the error of your ways and rightly reversed the furlough decision…#LFC ?

FSG were praised for admitting their mistakes…

It's never too late to do the right thing. #LFC have listened, admitted they made a mistake, reversed it, apologised and are committed to finding alternative ways to ensure all staff are protected.https://t.co/Wvv2mnAUB2

Credit where it’s due, @LFC take on board criticism about furloughing staff and make a u-turn like they did over ticket prices in 2016 when fans’ protests hit home and resonated across the Atlantic, 3 days of hugely-negative PR could so easily have been avoided though https://t.co/Vt28tsro4R

The one of the things I will give FSG huge credit for is that they listen to reaction and fans, they are not perfect but it goes a long way to show and admit your mistake. Fair play.

A sign of decent owners, who are not afraid to admit when they make a mistake… https://t.co/A7Dq9EhDJC

It would obviously be better if they hadn't done it in the first place, but once again there's a clear willingness from FSG to listen and respond quickly when they've made a bad call. https://t.co/xwcqLstcYC

However there was a sense that it was an unnecessary error…

So much damage done, not sure "soz, we're not doing that now" works by itself.

Not applauding them for "coming to their senses", either. Digging their heels in would have been collective suicide.

They had literally no other way to turn.

It would be preferable if they didn’t keep doing stuff they had to apologise for, but at least LFC don’t dig their heels in and will admit when they get it wrong. That counts for something at least. And once again, proud to be part of a fanbase that doesn’t accept shit like this.

Thank god for that.

Not going to overly applaud this after the awful original decision, but fair play for changing their stance. https://t.co/Jb7xNzRtzA

The power of fans was key…

A note to fans of other clubs. This shows what YOU plus current/legends and fan groups can do when clubs go awry.

The right decision for LFC to reverse this. And right to mention the engagement they’ve had with @spiritofshankly and others https://t.co/Ni1JRhrfM6

Well done all the ex Liverpool players and their own fans whose reaction has led to an about turn from @LFC on furloughing ??

Liverpool shows impact of fans pushing against decisions they see as damaging to their club, rather than defending owners.

Once again it was the public anger that led to an institution in this case Liverpool FC to reverse course. Reminder Spurs, Newcastle and Norwich the Premier League teams still seeking govt funds to furlough staff

Your club listens, sometimes. If they've fucked up, shout at them. It works.

And as Liverpool join the two Manchester clubs, focus turned to Spurs and Co…

A shocking own goal corrected with a good one at the other end. With the two Manchester clubs rejecting furloughs Liverpool were exposed. Fans must be so relieved. https://t.co/Yawqb5mYdC

Liverpool have done the right thing, following the lead of Man City and Man Utd. Spurs and Newcastle may or may not take Liverpool’s example…

But no disgrace in admitting a mistake in fact it’s a sign of listening to people – will Spurs now follow suit?

Good to see Liverpool reversing their original decision. FSG initially desperately wrong in their decision, but happy to listen to fans, hold their hands up in admission and are now doing the right thing. Ultimately that’s what matters. Hope Spurs and co. follow suit.