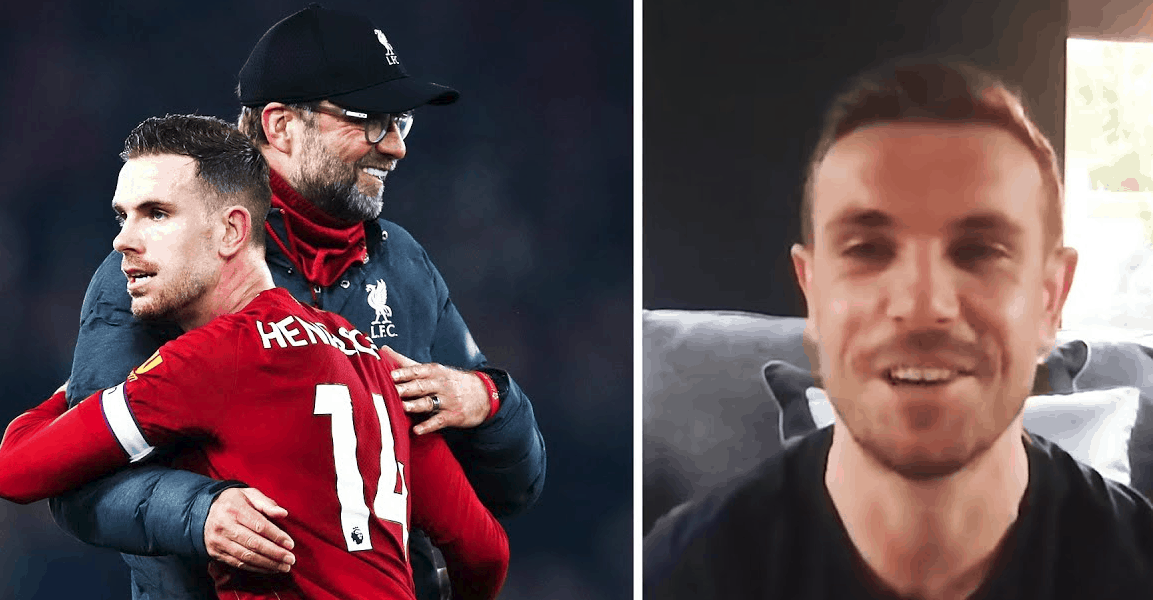 The Reds were 25 points clear at the top of the Premier League when the programme was halted by the coronavirus pandemic.

Henderson told Sky Sports News: “I feel as though that’s something the manager started to instil in the squad when he first came, right from the beginning.

“I can remember him talking about never stopping and changing our mentality in a game. Always keep going, no matter what the score, right to the very end.”

Henderson cited the fightback from 3-1 down to win a Champions League match against Klopp’s former club, Borussia Dortmund, 4-3 in 2016.

The midfielder continued: “Look at games like Dortmund, coming back like we did, and little games in the Premier League that people might not have picked up on.

“I think it’s a progression over a few years. This season has been massive, the consistency of it, it’s part of our identity that no matter what happens in a game we never stop and change our mentality until the game’s finished.”

Henderson added that players are training and in touch with each other during the current coronavirus pandemic.

He explained: “We’ve been given our own programme to do, to keep things ticking over. And we’re staying in contact.”