An alternative Premier League table, based on results without VAR decisions, has revealed that Liverpool would still be 18 points clear of Man City at the top.

The introduction of VAR was one of the biggest talking points of the campaign prior to the current suspension, but now controversy over the technology has rightly dimmed.

For Liverpool, of course, it had already become a small matter due to the margin of their lead at the Premier League‘s summit, with 25 points separating them and City.

But according to ESPN, an ‘Anti-VAR’ table would still see the Reds establish a significant gap between themselves and the chasing pack.

Research by Thomas Curran of the London School of Economics has determined that Liverpool only gained two points from VAR overturns this season, leaving them with 80 in their alternate table.

Who benefits the most from VAR?

No other team has gained more than 2 points. https://t.co/WeCKjaqCKM pic.twitter.com/2Uc3B6GRnC

City, meanwhile, have gained five, reducing the gulf to 18 points and lifting them further away from third-placed Leicester, who drop a point without VAR, and Chelsea, who gain one.

Incredibly, Man United would drop five places in a world without VAR to 10th, with Wolves, Sheffield United, Everton, Arsenal and Tottenham all moving ahead.

The shape of the relegation battle would change slightly, with Aston Villa moving out of the bottom three as Brighton take their place, while West Ham step away from the drop zone emphatically to 13th. 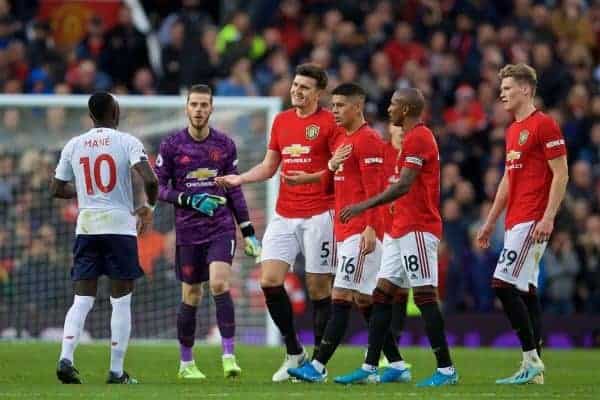 ESPN note that one of the games in which VAR hindered Liverpool was the 1-1 draw away to United in October, with an accidental handball by Sadio Mane ruling out his first-half strike.

This, in turn, aided United, which highlights how VAR has impacted the Premier League this season, for better or worse.

But Liverpool’s place at the top of both tables proves that Jurgen Klopp‘s side have been undeniably and unstoppably strong in 2019/20—and dispels the LiVARpool myth.