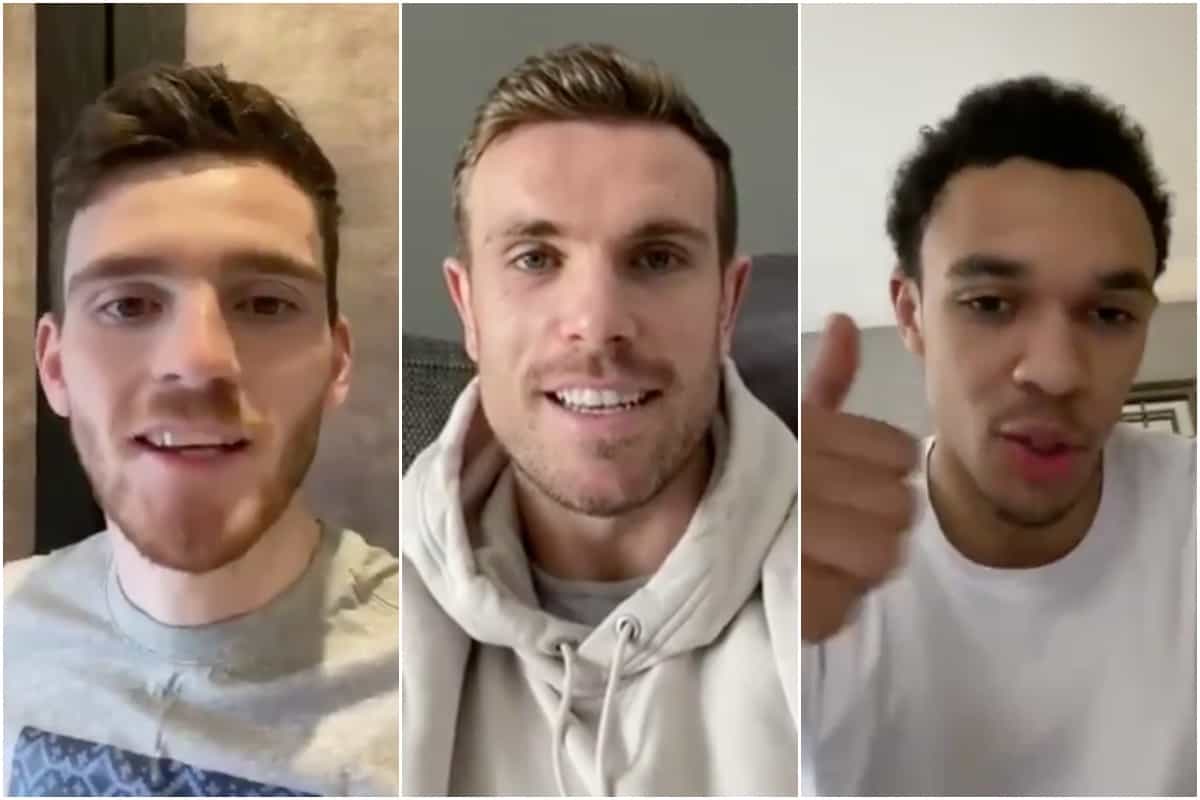 Liverpool’s players have once again banded together to show appreciation for the critical work being undertaken by health workers, sending them a message and gift of treats to raise spirits in a difficult time.

The squad have played a proactive, leading role over the past month when it comes to supporting those most in need during the coronavirus pandemic.

From supporting foodbanks to organising the #PlayersTogether initiative to support the NHS, Reds such as Jordan Henderson and Andy Robertson have shown an incredibly caring, humanitarian side, acknowledging the role they can play and helping others and actively looking for ways to contribute.

Now, both those players along with Trent Alexander-Arnold have recorded a thank you message to the staff at Alder Hey children’s hospital, encouraging them to keep going at a time when the nation needs them most—and making sure they know their efforts are noted and appreciated.

Our wonderful friends @LFC have donated lots of treats to us and our fellow #Liverpool hospitals ?? to help staff get through these testing times. Not only that, @JHenderson, @andrewrobertso5 & @trentaa98 have sent this fantastic message to staff, too! ?? pic.twitter.com/F1h8503YVP

Along with the video tribute, the squad have sent motivational gifts to workers at all the local hospitals—delicious chocolate treat hampers, by the looks of the photos!

Notably, it’s not just front line NHS doctors and nurses who are heralded with the display of appreciation, but all staff.

IT workers, catering teams and other workers are all shown enjoying the gift boxes, showing they are a team just as much as the Liverpool squad are. 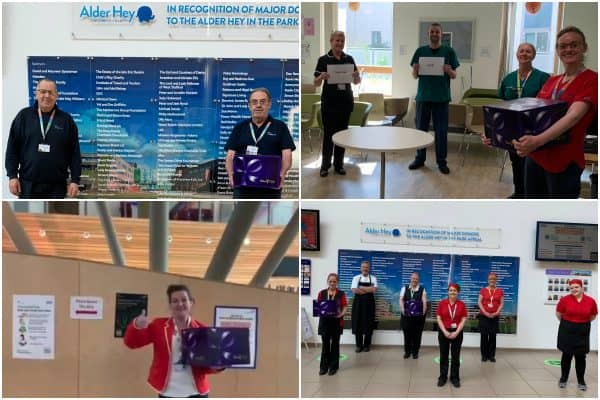 Liverpool’s players continue to do themselves, the club and the city proud and when the current crisis is over, their role in helping distribute everything from funds to smiles to keep key people going shouldn’t be forgotten or underestimated.

As they say in the video message, it’s the everyday workers keeping the country moving who are the real heroes—but there’s no question that some of those in a position of influence have helped the wheels roll more freely.

Henderson and Co. have certainly played their part in that once more have shown there is far more to their personalities than merely what we see on the pitch.