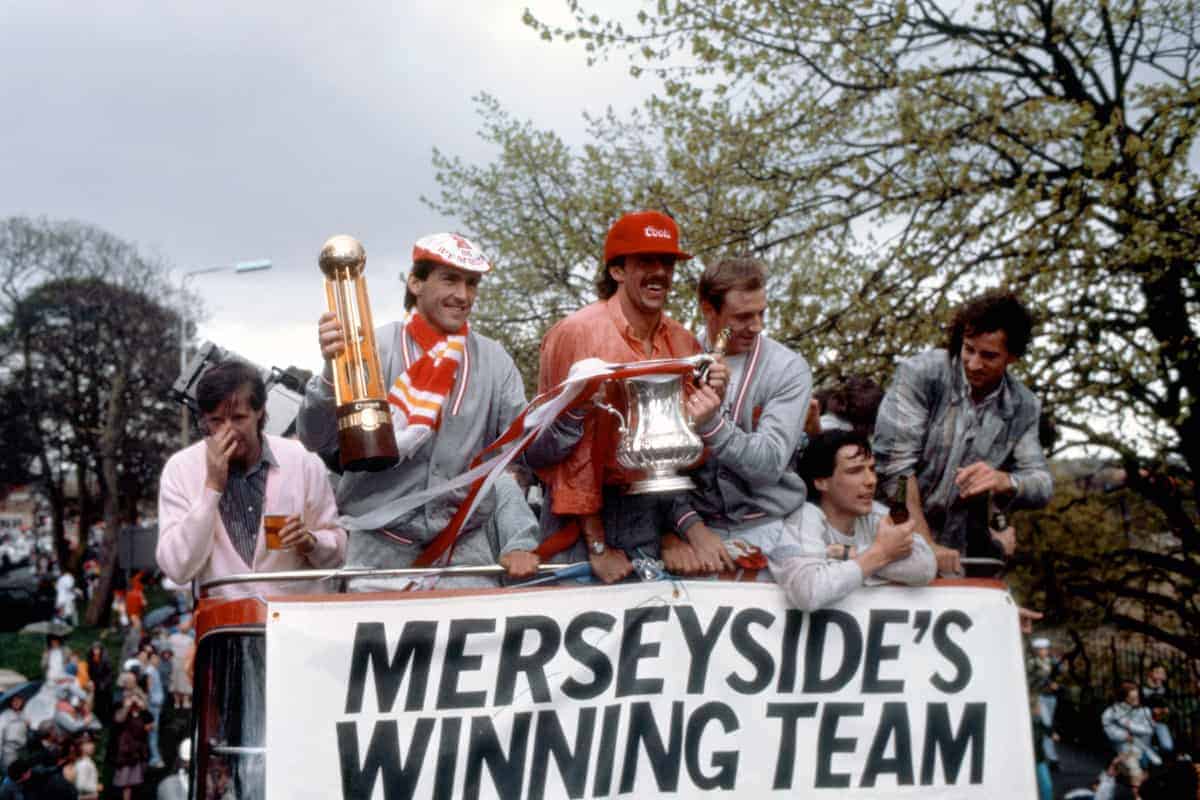 Change and uncertainty was in the air at the start of 1985/86, but by the end of it Liverpool would have two crowns to their name.

Throughout the 1970s and 1980s, Liverpool had found the secret to success and there was nothing they had yet to conquer.

By the time the 1985/86 season rolled around, the Reds had added 20 major honours to the board since the turn of the 1970s but had just bid farewell to the third revered member of the original Boot Room in Joe Fagan.

The fallout from Heysel was ongoing, there was a cloud of uncertainty hovering over the club and Kenny Dalglish was an untested boss who was to take the mantle as player-manager moving forward.

Everton had won their eighth league title the season prior, Diego Maradona had scored with the ‘hand of God’ and Alex Ferguson would soon take the reigns of Manchester United.

And the job was now in Kenny’s hands to steer the Reds to yet another piece of silverware, one he fulfilled twice over – and he even had the chance for a trifecta.

After all, he was a winner and he would accept nothing less from his side. 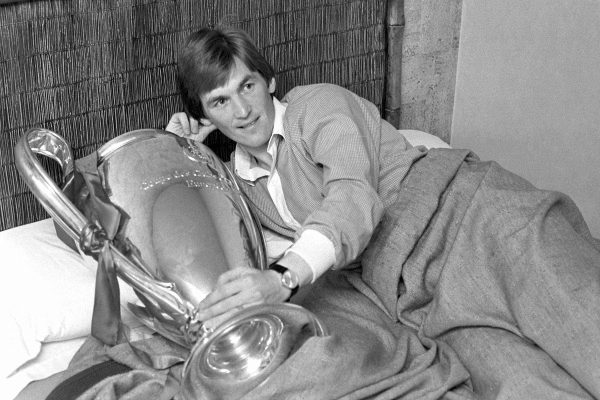 Arsenal awaited in the season opener and Kenny selected himself to start in the 2-0 win, a game which failed to be televised due to a strike, meaning only those present witnessed the game.

In the nine league games which followed, the Reds lost just once -to Newcastle- meaning they had picked up 21 points from the 30 available to sit second behind only Manchester United, a run which included a memorable 3-2 win over Everton.

They were nine points adrift as United had opened the campaign with a perfect start, but by November 30, they had capitulated and their lead at the top had been cut down to just two with the chasing pack breathing down their necks.

In that time, Liverpool’s following run of 11 games reaped a return of seven wins, three draws and just two defeats, ensuring they along with Chelsea, Arsenal and Everton were on United’s coattails.

But it would soon become apparent that the Reds’ greatest threat for the title came from across Stanley Park.

Following a dip in December and February, the Reds moved outside of the top two and a 2-0 defeat at the hands of the Blues at Anfield saw Liverpool move eight points behind Everton at the top with 12 games left.

Kenny’s side would be dismissed by some as ‘the worst Liverpool team for 20 years’ and their title hopes dismissed, but little did the doubters know, it would be the last defeat Liverpool would face.

A dramatic last gasp win over Tottenham the following matchday, which Alan Hansen claimed “if we’d drawn that game we would never have won the league,” preceded a further 10 wins and one draw.

With Kenny becoming a more prominent figure in the team once more, having played every minute in the final seven games, Liverpool had found their stride and with four games left they were sharing top spot with Everton.

They crumbled and put the destiny of the title into Liverpool’s hands, one which was seized by Kenny himself with two games remaining, scoring the only goal at Chelsea to see the title return to Anfield.

Liverpool were champions for the 16th time.

“When Everton beat us at Anfield we were 13 points behind them and then we came up with this incredible run and won something like 12 games out of the last 13.

“We went to Chelsea and our confidence was high. It was typical Dalglish, taking the ball on his chest and the next thing it’s in the back of the net. To win the championship in his first season as player-manager, especially after being so many points behind at one stage, was terrific,” Hansen explained.

Alas, the season did not end there as further punishment for the Merseyside neighbours awaited.

On the final matchday of the season on May 10, Liverpool and Everton met in the FA Cup final for the first time.

Norwich, Chelsea, York City, Watford and Southampton had been conquered on the road to Wembley, a ground Howard Kendall’s men were eager to exact revenge on having lost the title to the Reds.

Dalglish would start from the off and for “two-thirds of the match, superiority was balanced on a knife-edge,” but it was Everton who took control of the scoreboard in the first half through Gary Lineker.

The pressure was proving taxing on Liverpool, but as the Liverpool Echo’s Ian Hargraves noted:

“It was at that very moment that Liverpool’s fortunes were at their lowest, that the players suddenly reached down into that remarkable reserve of fighting spirit that puts them apart for any other club in the modern game.”

And it showed as, in a lethal seven-minute spell, Liverpool struck twice through Ian Rush and Craig Johnston after the break, before Bruce Grobbelaar showed his prowess and Rush put the final nail in the coffin.

The scoreboard read 3-1 Liverpool and the FA Cup was back in the red half of Merseyside for the first time since 1974, the last trophy of Bill Shankly’s era.

And in his fellow Scot, Kenny would complete the set with Liverpool and kickstart a new era with a momentous trophy haul, one which saw the club become the third that century to clinch the prestigious domestic double.