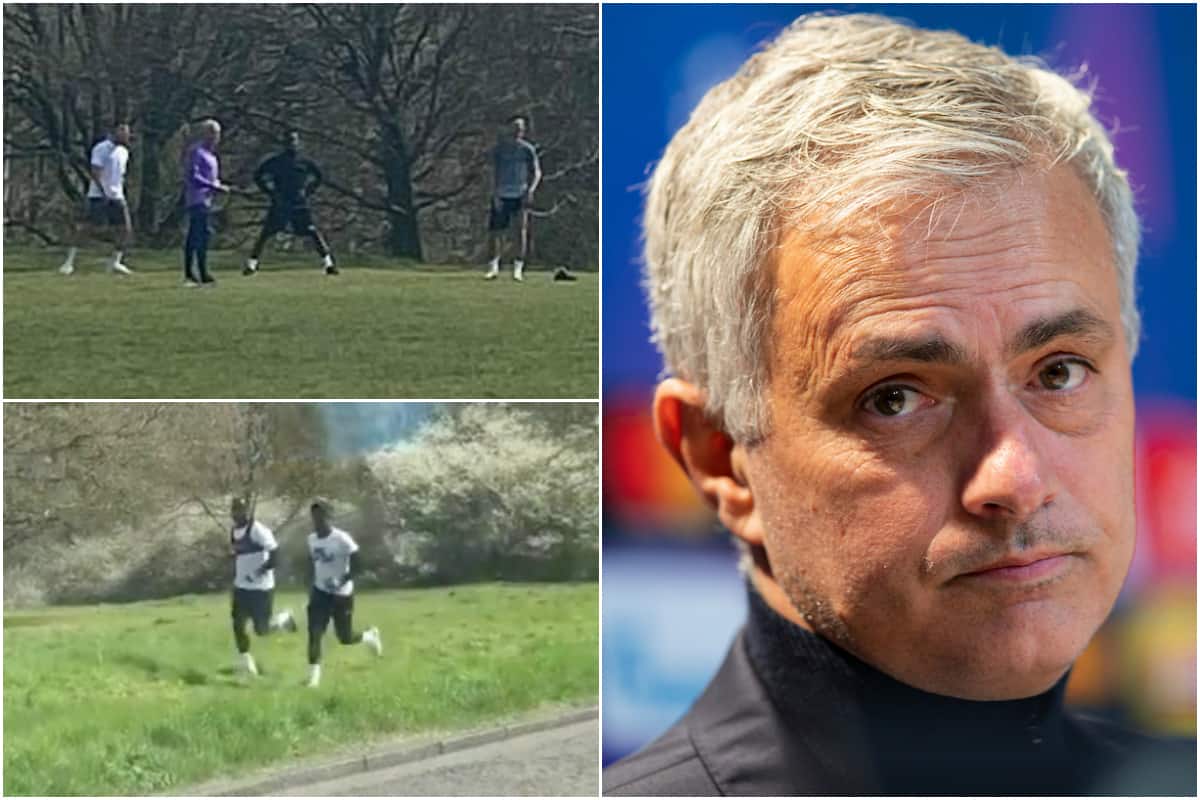 Jose Mourinho and members of his Tottenham squad appear to have flouted social distancing rules to train in public during the UK’s coronavirus lockdown.

The public are still instructed to stay in their homes unless necessary, and though the government has been expected to review their advice on April 16, this is now likely to be postponed.

One of the rules of the lockdown is that one form of exercise a day, along or with members of your household, is permitted, which has clearly proved an issue throughout the UK during a spring heatwave.

And on Tuesday, Mourinho was pictured on Hadley Common in north London, leading a training session along with Spurs midfielder Tanguy Ndombele and two others, while wearing his purple club tracksuit.

The same day saw Ryan Sessegnon and Davinson Sanchez running alongside one another, while Serge Aurier shared a video of himself doing similar on his Instagram story.

There are no issues with training in public—and according to the Guardian, Mourinho is “adamant distancing was respected during his session on the common”—but it is highly questionable all parties live in the same household.

The situation is said to have “aggravated the hierarchy at Spurs,” forcing the club to release a statement stressing that “all of our players have been reminded to respect social distancing when exercising outdoors.”

Given it follows high-profile—and decidedly less virtuous—incidents of the likes of Kyle Walker and Jack Grealish flouting lockdown measures, it is hugely disappointing. 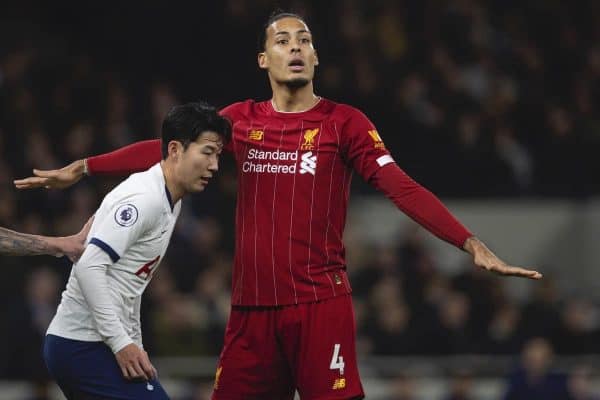 Such news would not typically find its home on a Liverpool website, but in this climate all transgressions could have an impact on the resumption of the Premier League.

One of the most likely scenarios with the return of top-flight football is that players and staff will stay in ‘quarantine hotels’ while fixtures are played out over a shorter space of time, possibly at neutral venues.

This would reduce the risk of spreading the coronavirus while the Premier League calendar runs on, allowing significant financial commitments to be fulfilled.

However, to do so would be contingent on all parties involved being tested and cleared of the virus before doing so, and any complications could delay a return to play, with a two-week isolation period advised if symptoms are shown.

There is no guaranteed means of avoiding contracting the virus while undergoing permitted tasks in public, but obviously the less contact with others the better.

At best Mourinho’s public training session was irresponsible, and it is baffling that a London common was deemed appropriate given the proliferation of camera phones and social media culture.