The first steps towards getting sport back up and running throughout the UK could be taken next week, with reports that government officials will meet top medical figures from sports to discuss proposals.

Coronavirus has decimated not just the football world, but the entire sporting calendar in 2020.

A few stand-in competitions have been arranged, such as an at-home darts competition and the FIFA ePremier League Invitational tournament, but it’s all a rather poor substitute for the real thing.

Health and safety concerns for participants and society are the overarching priorities, but the start of talks between officials will begin the possibility of sport restarting, with BBC Sport saying some could resume “within weeks.”

Each sport has its own unique set of circumstances when it comes to teams, competitors or spectators, while with regard to football specifically there is also the questions of media coverage and attendance, medical staff, ground staff and more besides.

The report suggests that “testing, social distancing, hygiene standards and strict limits on the numbers of people allowed in venues would all be debated” when sport and government health officials begin the meetings. 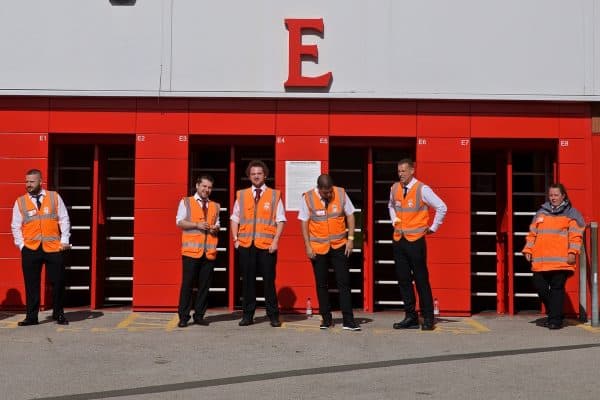 Fans should not expect to see the Reds in action just yet, however.

It is probable that some other sports will get the go-ahead first, either because they are easier to arrange, have less people involved on a match-day or do not need close contact as a football match does.

Discussions will be more deliberate and detailed when it comes to the Premier League, not least of all because of the vast amounts of money at stake.

Aside from Champions League qualification and relegation, both of which have huge economic impacts on teams, there is also the television revenue deals from the current campaign to consider.

Earlier reports had suggested that free-to-air games might be shown, but the Mail suggest that Sky Sports and BT Sport will “resist pressure” to show the matches for free which they have paid so much for.

Instead, a compromise might be sought which sees the non-scheduled games shown for free, likely via a red button service rather than with free-to-air broadcasters.

Liverpool need just two more wins to wrap up a first Premier League title in 30 years, which has now been delayed further by the most improbable of global circumstances.