Harvey Elliott, Curtis Jones and Rhian Brewster are clearly making their mark in training at Liverpool, with the trio proving a “nightmare” for goalkeepers.

Jurgen Klopp has made great strides with promoting a host of youngsters to the first-team setup on a permanent basis this season, with Elliott, Jones and Brewster among those to benefit.

Brewster is spending the second half of the season on loan with Swansea, but Elliott and Jones, along with the likes of Neco Williams and Pedro Chirivella, are regular fixtures with the senior squad at Melwood.

For Alisson, Adrian and Andy Lonergan, this is providing another big challenge, with goalkeeping coach Jack Robinson hailing the youngsters for their application.

“You sort of get an idea for how good they are,” Robinson said of his impressions of Elliott, Jones and Brewster from working with England’s youth teams.

“But then you put them into the environment that they’ve had with Vitor [Matos] and the first team, and with the finishing sessions that Pep [Lijnders] and Pete [Krawietz] put on as well, they are a nightmare.

“They hit the ball with such pace and such precision. It’s a real test for our goalkeepers—but that’s what we want as well.

“We want them to test our goalkeepers because, ultimately, when they step out on the pitch, they’re going to come up against the best players in the world—whether that’s with the U23s or with our first team in the league or Champions League.

“We want them to be tested in training as well.

“It’s a good process in both ways, but it can get competitive at times as well!” 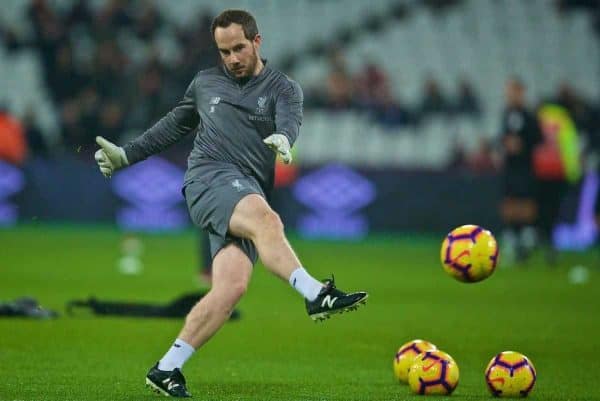 The emphasis on youth at Liverpool is impressive, even though the demands are so high with the world champions, and beyond the obvious concessions in the FA Cup and League Cup this season there have been many opportunities to play.

Elliott and Jones have tallied a combined 15 appearances for the first team in 2019/20, including three outings in the Premier League, and this could increase upon the top flight’s resumption.

This faith in the youngsters stems from the impressions they make in training, and by testing the likes of Alisson and Adrian they are proving that they can be trusted on the big stage.