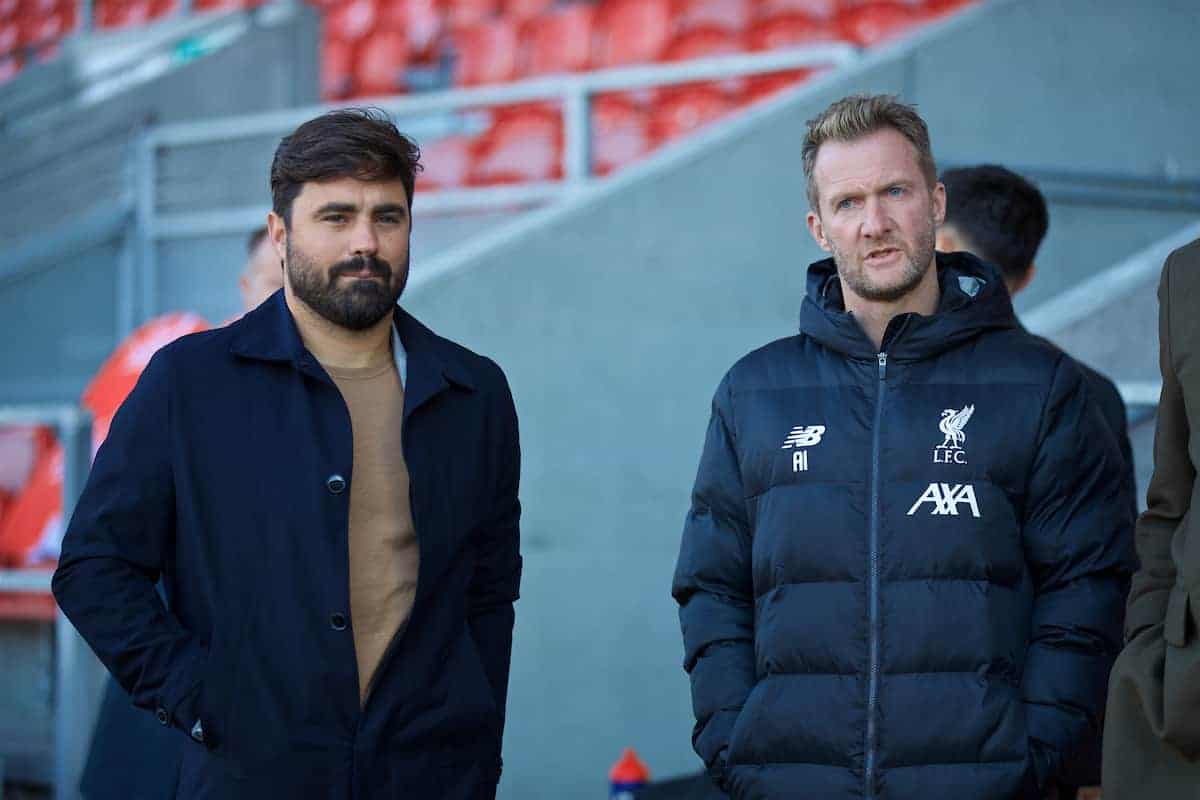 It’s claimed that Liverpool are “head to head” with Man City in the pursuit of Vranckx, as the Reds look to continue boosting their youth ranks.

Liverpool’s academy has been trimmed in recent years to allow for a clearer route for progression through the ranks, with quality taking precedence over quantity.

The likes of Ki-Jana Hoever, Vitezslav Jaros, Sepp van den Berg and Harvey Elliott have all been added to the fold and the search for emerging talent across Europe and the world is a continual process.

And one such name to emerge for the Reds is 17-year-old midfielder Vranckx, with the Mirror’s David Maddock revealing Liverpool have watched the youngster “on at least three separate occasions” following his breakthrough into KV Mechelen’s first team this year.

Vranckx is expected to demand a fee in the region of £1.5 million, with the Reds and Man City also joined by the likes of Bayern Munich and Feyenoord in showing interest.

A big congrats to yet another impressive ?? prospect Aster Vranckx (17). ?

Vranckx has nine appearances in Belgian’s topflight this season, five of which came in swift succession prior to the coronavirus pandemic forcing fixtures to be suspended.

Liverpool have been scouting the versatile and athletic midfielder since he made his senior debut at 16 years old last year, a feat similarly achieved by the Reds’ Elliott with Fulham.

With the Belgian league preparing to vote next week on whether to end their season, Maddock claims “Mechelen will almost certainly need to sell this summer”, and Vranckx, who has five caps at U19-level with Belgium, is one of their biggest assets.

He would be unlikely to immediately burst onto the first-team scene at Anfield but like fellow 17-year-old Talles Magno, the pair would add further quality to the academy ranks where a clear passage to the first team is open under Jurgen Klopp.

Magno, a Brazilian striker, was similarly name-checked by Maddock and reports from his native Brazil have also linked him with Liverpool.

The 17-year-old is considered one of Brazil’s most promising young talents having made 17 appearances, scoring twice and notching one assist, for Vasco da Gama before their season concluded in December.

Brazilian outlet Bolavip explain that the financial crisis that the coronavirus will have on Brazilian football means Vasco are “ready to do business” for Magno “as long as the proposal is good for the club.”

They are set to be willing to listen to offers in the region of €1 million (£873,000) for their striker, who features in the Guardian’s list of the 60 best young talents in world football, after Benfica made a bid earlier this year.

As is the case with youth, both Magno and Vranckx would prove to be low-risk signings during a time of financial uncertainty and at 17-years-old they would be provided with the time and space to develop and adjust.