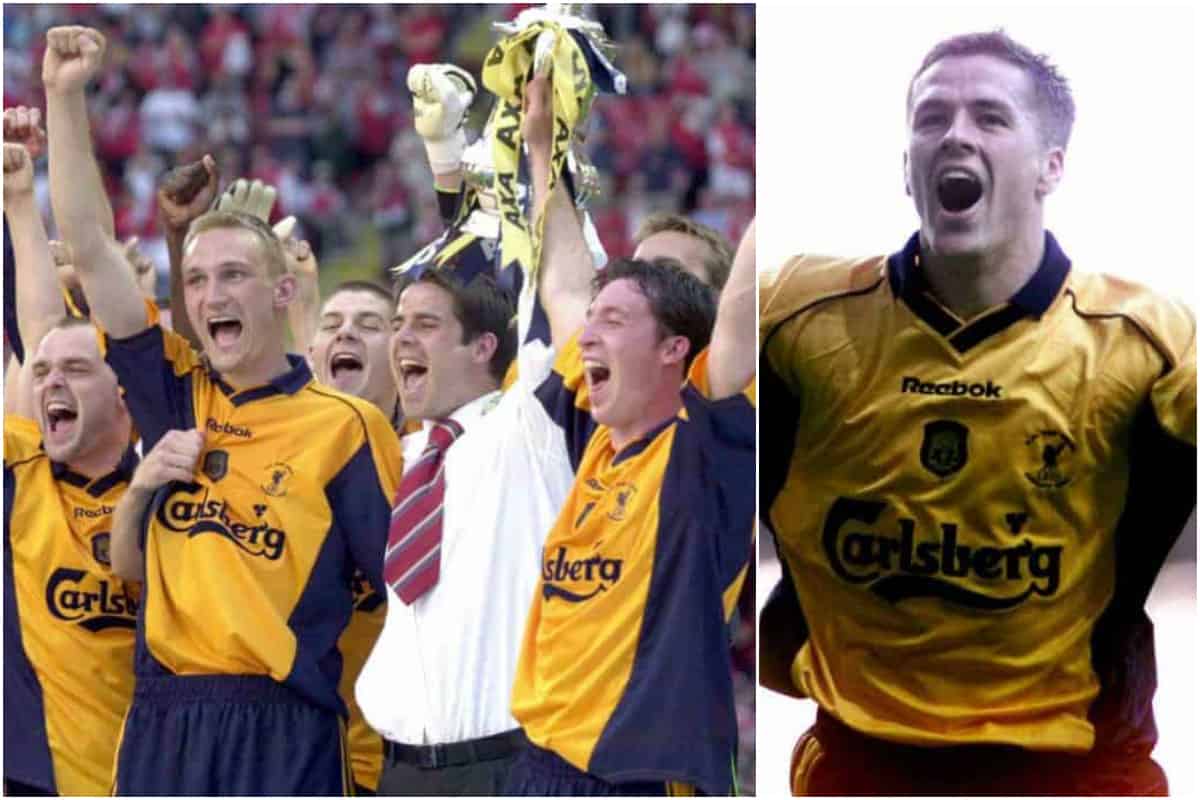 On May 12, 2001, Liverpool took on a formidable Arsenal side in the FA Cup final, with some backs-to-the-wall defending and Michael Owen’s double sealing the win.

The Reds had already clinched the League Cup earlier in the season, by virtue of a penalty-shootout win over Birmingham, and had reached the final through a 2-1 win over Second Division side Wycombe.

By 2001, Gerard Houllier had put together a strong squad, boosted by the arrivals of Markus Babbel and Gary McAllister on free transfers, but they were up against an established Arsenal.

Arsene Wenger’s side had finished second in the Premier League the previous season, and were vying with Liverpool for an opportunity to repeat this on the final day of the campaign.

Houllier fielded his established back four of Babbel, Stephane Henchoz, Sami Hyypia and Jamie Carragher ahead of Sander Westerveld in goal, with Danny Murphy and Vladimir Smicer flanking Steven Gerrard and Didi Hamann in midfield.

Up front were Owen and Emile Heskey, who had scored 43 goals between them throughout the season—Heskey led his strike partner with 22 to 21 ahead of the trip to the Millennium Stadium.

What ensued was a chaotic clash that saw Thierry Henry shine but Liverpool produce a number of vital clearances to keep Arsenal at bay.

This included a possible handball on the line from Henchoz to keep Henry out at the near post, along with two from Hyypia to deny Ashley Cole and Freddie Ljungberg.

Hyypia could do little to thwart Ljungberg for the eventual opener, however, as a poor pass from Westerveld allowed Arsenal back in, and eventually the Swede rounded the ‘keeper and turned it home.

Liverpool were cut open time and time again, despite the efforts of Hyypia and Henchoz, with Arsenal‘s movement and interplay causing problems at the back.

But with the Reds facing defeat, Owen produced five minutes of magic that turned tragedy into triumph, scoring twice in the closing stages; his first was a half-volley of brilliant instinct, and his second a trademark display of pace, power and composure.

Owen was just 21, but had turned the final on its head, and four days later Liverpool sealed an historic treble as they beat Alaves in a remarkable UEFA Cup final in Dortmund.

The 2001 FA Cup final remains a hugely memorable tie for the Reds, with the images of Houllier’s blossoming side—with Jamie Redknapp holding the trophy aloft in shirt and tie—enduring through the years.