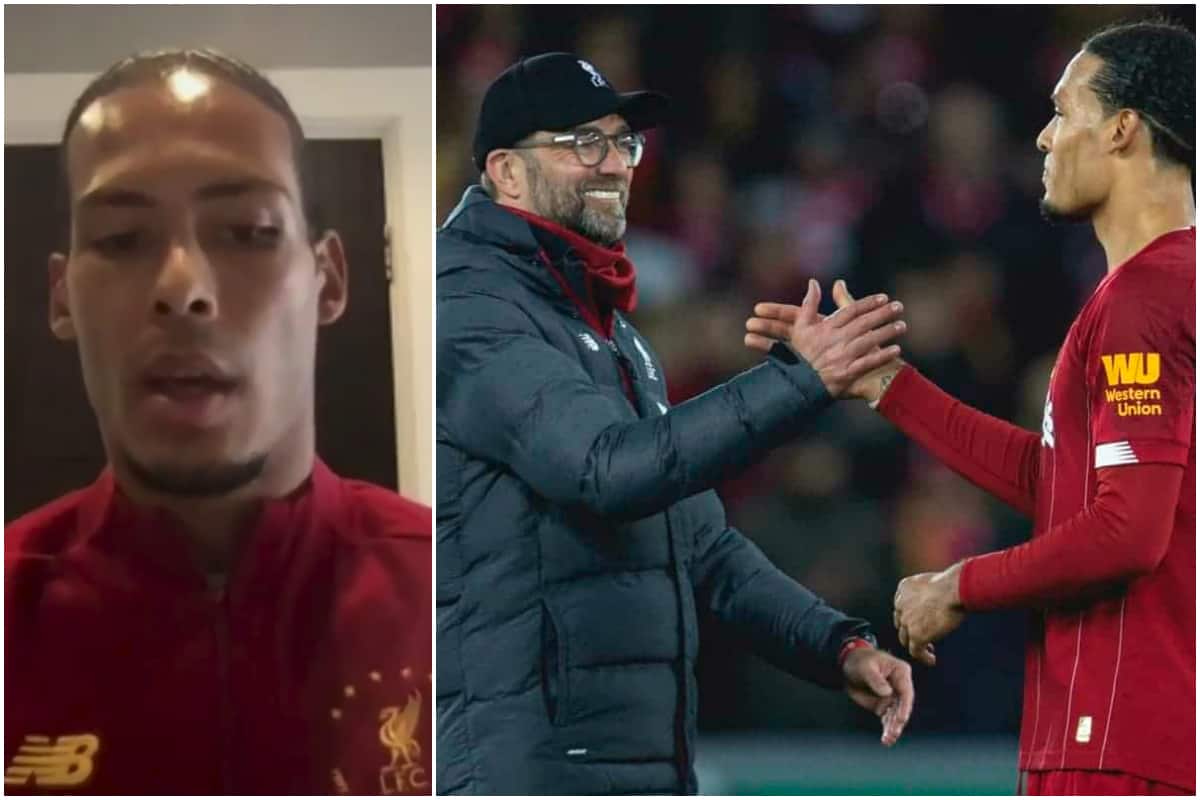 Being the best defender in world football, Virgil van Dijk could be forgiven for thinking he has reached his peak – but he’s only focused on improving even further.

Since joining from Southampton he has been a revelation, improving the Reds’ defensive organisation immeasurably, showing incredible consistency in his own game and helping Liverpool become European and world champions under the management of Jurgen Klopp.

And it’s the manager’s expectations of him which pushed Van Dijk to get this far, he explained, with Klopp’s “demands” on all levels meaning our No. 4 had to reach new levels.

“To be absolutely honest, in the first six months that I joined we had more training sessions. It was intense, there were a lot of different things that were going to be asked of me,” Van Dijk said.

"I speak when I want to speak, and feel like speaking, not just for the sake of it."

"Even when we concede and win I'm still grumpy"

“And I enjoyed it, I enjoyed it a lot – the hard work, the discussions that I had with certain players about the way Liverpool, the way we, play.

“The manager demands a lot from me and it all helped me become the player I am today. It’s a lot of tactical work, a lot of thinking.

“Obviously as a defender we try to keep a high line, try to put the opponent under pressure at all times. You leave a lot of space sometimes behind you so you had to deal with that as well.”

Of his own character, Van Dijk acknowledged that he was always, in turn, demanding more from others—which we see on the pitch with him instructing, berating or applauding team-mates.

Importantly, that same trait means there’s even more to come from Van Dijk, despite being the best in the game already. That’s great news for Liverpool, and rather less so for the rest of the league.

“I’m not a guy that is quiet to be fair, I try to speak when I want to speak obviously when I feel like speaking.

“And I love winning, hate losing. So when we lose or when we concede and still win I am still grumpy in the beginning.

“There is always room for improvement; I know it and I just try to keep looking for it and keep working on it.

“With the help of all my teammates and obviously the manager, and also the manager of the national team – Ronald Koeman – that will definitely help me get better even now. So, I just keep doing that.”

Van Dijk has again been a stand-out model of consistency and quality as the Reds have gone within touching distance of the Premier League title, and he’ll deserve his medal as much as anyone as and when the Reds are able to wrap up the two more victories they need to be officially crowned champions.