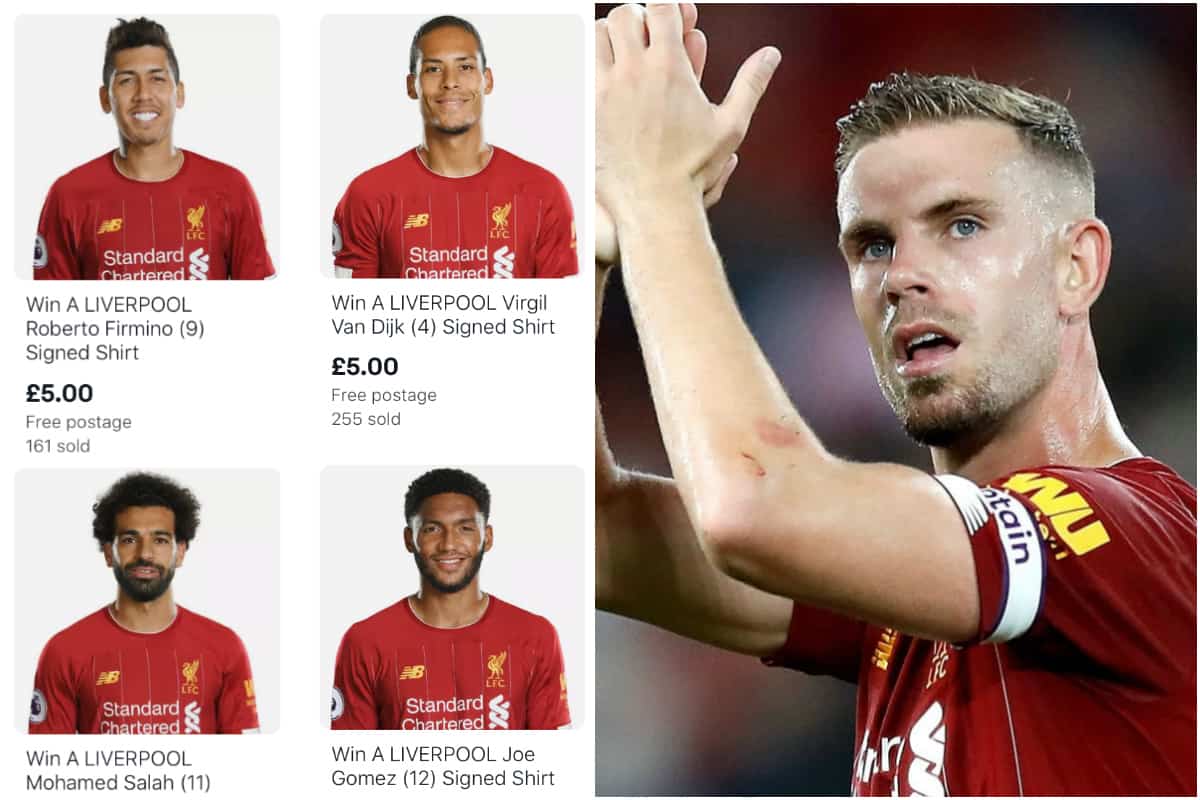 The Liverpool first team have joined a Premier League-wide #ShirtsForHeroes initiative by raffling off their signed shirts to raise further funds for the NHS.

Jordan Henderson has been widely lauded for his role in charity endeavours throughout the coronavirus pandemic, including the organisation of a #PlayersTogether donation to the NHS in April.

The Reds captain has now spearheaded another fund-raising campaign that will see over 500 players across the Premier League donate signed shirts for a raffle on eBay.

Kicking off at 7pm on Wednesday night, the auction site are selling tickets at £5 a pop, with supporters able to put their name in the hat for a player of their choice.

All money raised will go directly to the NHS, with the raffle closing at 7pm on June 14.

The majority of the Liverpool first-team squad have been included, with 28 players in total, giving fans a range of options as they select their favourite.

At time of writing, shirts from Henderson (242), Roberto Firmino (228) and Virgil van Dijk (328) are among those to have sold the most tickets, with better odds of winning shirts from the likes of Caoimhin Kelleher (six), Sepp van den Berg (five) and Ki-Jana Hoever (seven).

#ShirtsForHeroes #PlayersTogether have donated our shirts to go live in a raffle on @eBay_UK to help raise funds for NHS Charities Together. The raffle is now live now at https://t.co/CPRF9cFT8k pic.twitter.com/gegZsxJroM

It is another great cause propelled by the generosity of the Liverpool captain, helping the NHS during a continually testing period in the coronavirus pandemic.

Furthermore, it gives supporters an opportunity to win a unique piece of Reds merchandise, with every player from Alisson to Takumi Minamino involved—along with youngsters such as Harvey Elliott and Curtis Jones.

To enter the raffle for the signed shirt of your choice, head to the eBay page for #ShirtsForHeroes here.