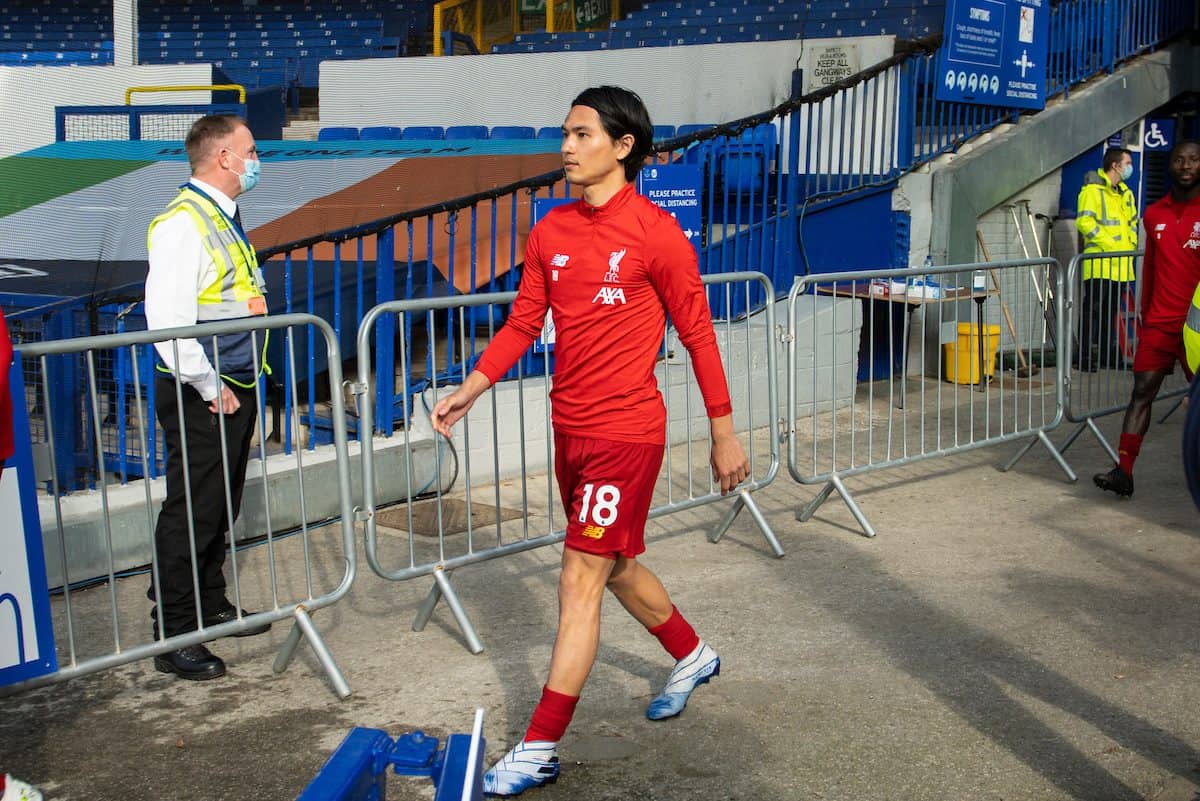 Liverpool are back in action after over three months, and Jurgen Klopp has named Takumi Minamino in his starting lineup for the clash with Everton at Goodison Park.

The Reds return to their Premier League assault with the 236th Merseyside derby, looking for three of the six points required to seal the title.

Coming up against an injury-hit Everton is the perfect restart for Klopp’s side, and the visitors are boosted by a healthy squad, allowing the manager to name a strong lineup.

Alisson is back between the sticks, having seen Adrian deputise before football’s suspension, with the Brazilian setting his sights on a second consecutive Golden Glove.

Ahead of the No. 1 are Trent Alexander-Arnold, Joel Matip, Virgil van Dijk and James Milner, with Andy Robertson missing out.

Fabinho marshals the midfield, joined by Jordan Henderson and Naby Keita, with Minamino starting alongside Sadio Mane and Roberto Firmino in attack.

With Klopp able to name nine substitutes due to the extenuating circumstances on the Premier League‘s restart, the likes of Neco Williams and Harvey Elliott are afforded a place on the bench.

Mohamed Salah is also available in reserve, having recently return to training.

Man City avoided a slip-up at home to Arsenal in midweek, with their next clash coming on Monday night as they host Burnley, so for now, Liverpool can only treat the title as within six points’ reach.

This evening will be a decidedly different derby, played behind closed doors and under strict health guidelines, but Klopp can hope for the same intensity as usual from his players, with the prize of a first-ever Premier League trophy as motivation. 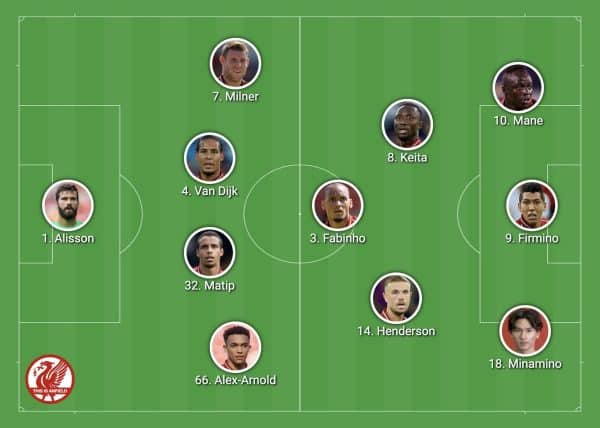