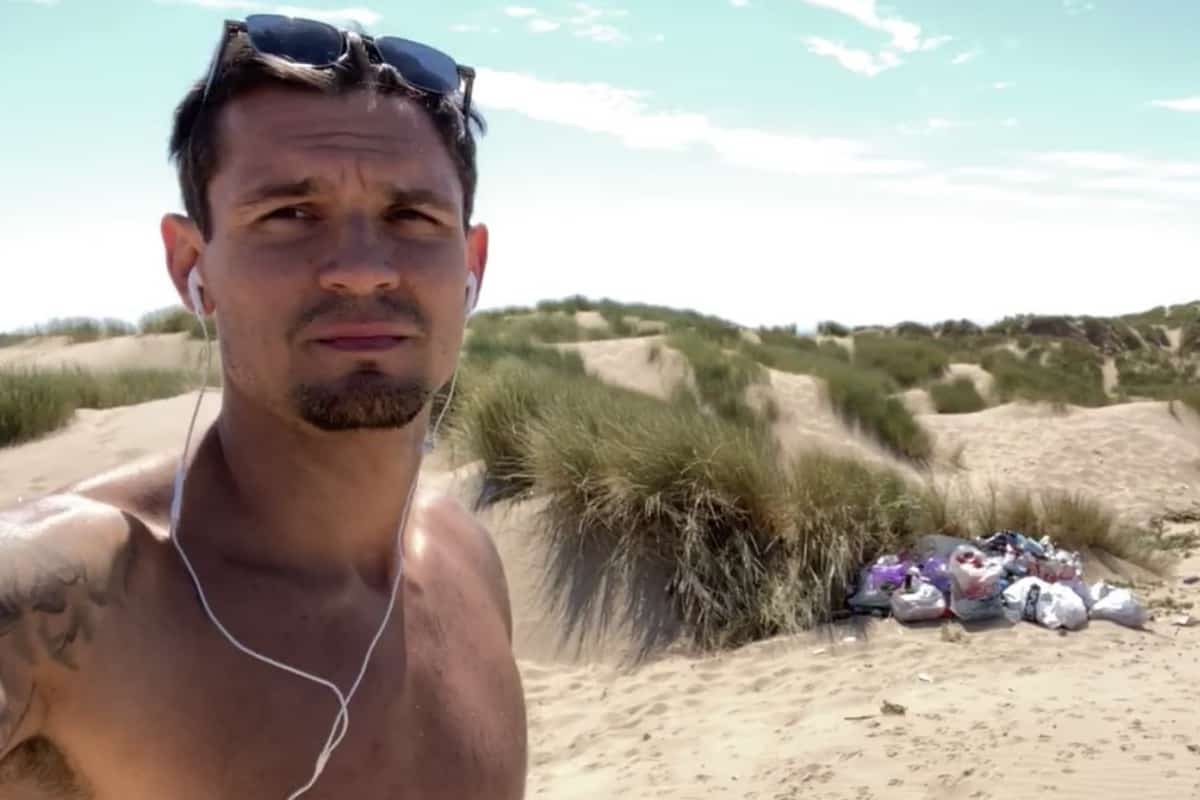 Dejan Lovren has shared an impassioned message on his trip to Formby beach, with the Liverpool defender shocked at the levels of rubbish left by the public.

It has been well-documented that, in the wake of the government’s relaxation of exercise restrictions, beaches across the UK have been flooded with people.

With social distancing measures still in place, it is shocking how thousands have turned up to hotspots around the country with little response from those in charge.

This is particular apropos given the pressure on Premier League clubs including Liverpool to hold their upcoming games at neutral venues, with there being little faith in football fans to avoid mass gatherings.

But beyond the blind idiocy of those crowding out beaches, the impact is felt further by the rubbish that is left behind, and Lovren discovered this on his day off on Tuesday.

“Just came to the beach for a day off, walking, and what I noticed usually I don’t talk about. But this time I will not keep quiet,” he said in a video on Facebook.

“As you can see—what is this? This is garbage. The sand is full of glass, bottles, plastic, everything.

“I cannot accept this, it is impossible to try to understand people who can leave their garbage.

“You come with your friends, you come to the beach, you’re having fun, and then you just leave it there.

“Take the responsibility. We need to wake up, as some things don’t make sense at the moment, and we should work on ourselves.

“Especially on our environment, and about caring for each other. It’s not only about the world, it’s also about the animals, it’s about other people that we care about it, it’s about my children.

“What if somebody steps on that and cuts themselves, or something like this?

“Let’s start to be serious. I beg you, wake up and think about the decisions you make today, because we should be a part of the solution today, not a part of the pollution.

“So please, make your own thing and think about it, and don’t leave your dirty garbage here. Thank you.”

It is a strong message from Lovren and he is right to send it, as it is only common sense that everything that is brought to these beaches should be taken away by those who visit them.

With the Liverpool squad serving as role models to many, the hope is that Lovren’s plea gets through to at least some; it is a problem beyond the current situation, with so many lacking any regard for the environment.