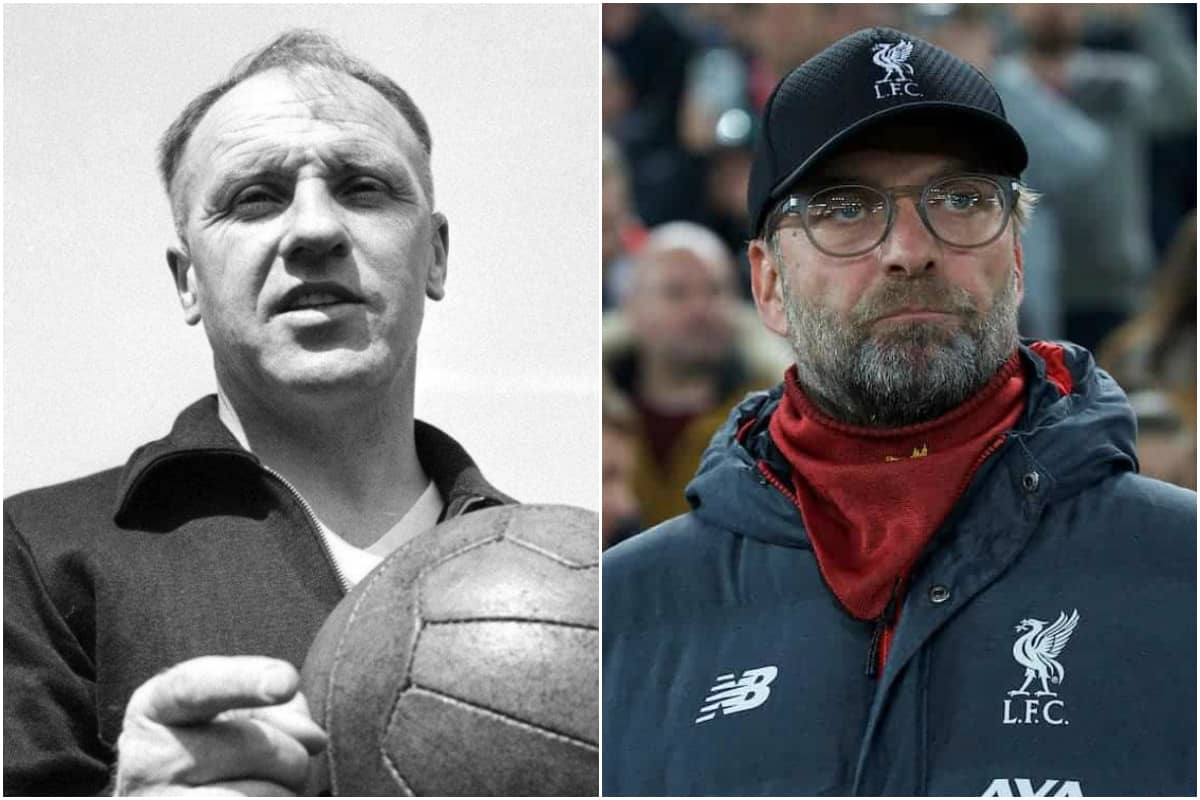 Jamie Carragher has compared Jurgen Klopp to his legendary predecessor as Liverpool manager, Bill Shankly, for his way with words and empathising with the people.

Klopp is six points away from emulating Shankly in bringing the top-flight title back to Merseyside, with the Reds on the brink of their first-ever Premier League trophy.

It will be a fantastic achievement for the German, who has also won the Champions League, Club World Cup and UEFA Super Cup in his time at the club so far, and the belief is this will be the springboard to more success.

But beyond his influence on the pitch, it is Klopp’s personality and affinity with the city and its working-class roots that makes him such a captivating character, perfect for Liverpool.

He is similar to Shankly in many ways, and Carragher summed this up in comparing the two men to sit in the Anfield dugout.

“Like Shankly, the supporters look to what Klopp says about every situation—and he always finds the right words,” he explained, as reported by the Mirror.

“Jurgen claims he doesn’t prepare what he’s going to say, but I don’t know if I believe him. He has a great ability to communicate, he has this special quality to say the right thing.

“He brings people with him—and makes people believe in him. Throughout the pandemic, he didn’t ever say anything that crossed the line.

“It wasn’t ever about wanting Liverpool to win the league and not being worried about what the world was going through, although he was so close.

“He always said the right words—not only for Liverpool fans, but for football.

“Klopp can be very funny, but, on the flip-side, when something serious happens, it feels like he is the go-to manager for the league.

“He always nails what needs to be said and how people are feeling.”

It would be difficult to argue with Carragher’s assessment, as in Klopp, Liverpool have found a rare manager who understands and aligns with the principles of not only the club, but the people who support it too.

On the pitch, he appears on course to build a legacy similar to Shankly, who lifted the Reds up and led them to three First Division titles, paving the way for greater glories under Bob Paisley.

The only manager to win more top-flight titles than Paisley in the history of English football is Alex Ferguson, and furthering Carragher’s assertion, Wayne Rooney argued that Klopp can help Liverpool dominate like Ferguson’s Man United.

“Liverpool’s squad is young and all the key players are tied down on long contracts. They have huge potential to win more trophies,” Rooney wrote in his column for the Times.

“Klopp says it’s impossible for any club to dominate like United once did but he is wrong. There’s a simple way for Liverpool: let Klopp go on and on.

“United dominated because Fergie stayed so long. I think if Klopp, who is only 53, stayed at Anfield for the next 10 years Liverpool would win at least five Premier League titles.

“He could keep building great sides because players join clubs to work with managers as good as him. 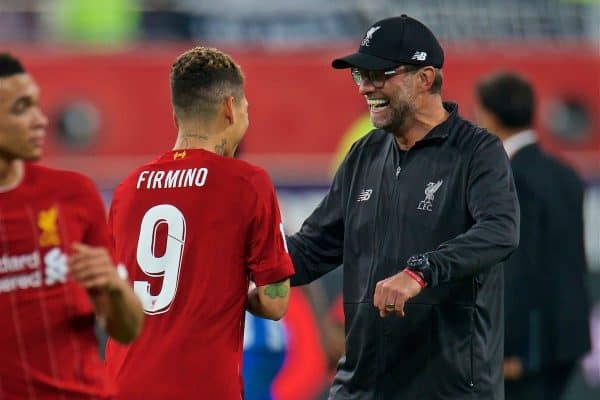 “On the flip-side, players stay at clubs because of managers, too. And if Klopp left it would be no surprise to see the likes of Mo Salah, Sadio Mane and Roberto Firmino also deciding to move on.

“If I were one of Liverpool’s owners, I would be doing everything in my power to tie him down for many years.”

Klopp is already contracted until 2024, which will mark his longest tenure in charge of any club at nine years, and it has been suggested that he could look to wind down his career soon after.

But as Rooney attests, Liverpool should be aiming to tie him down for even longer, as he is the perfect manager for the Reds.