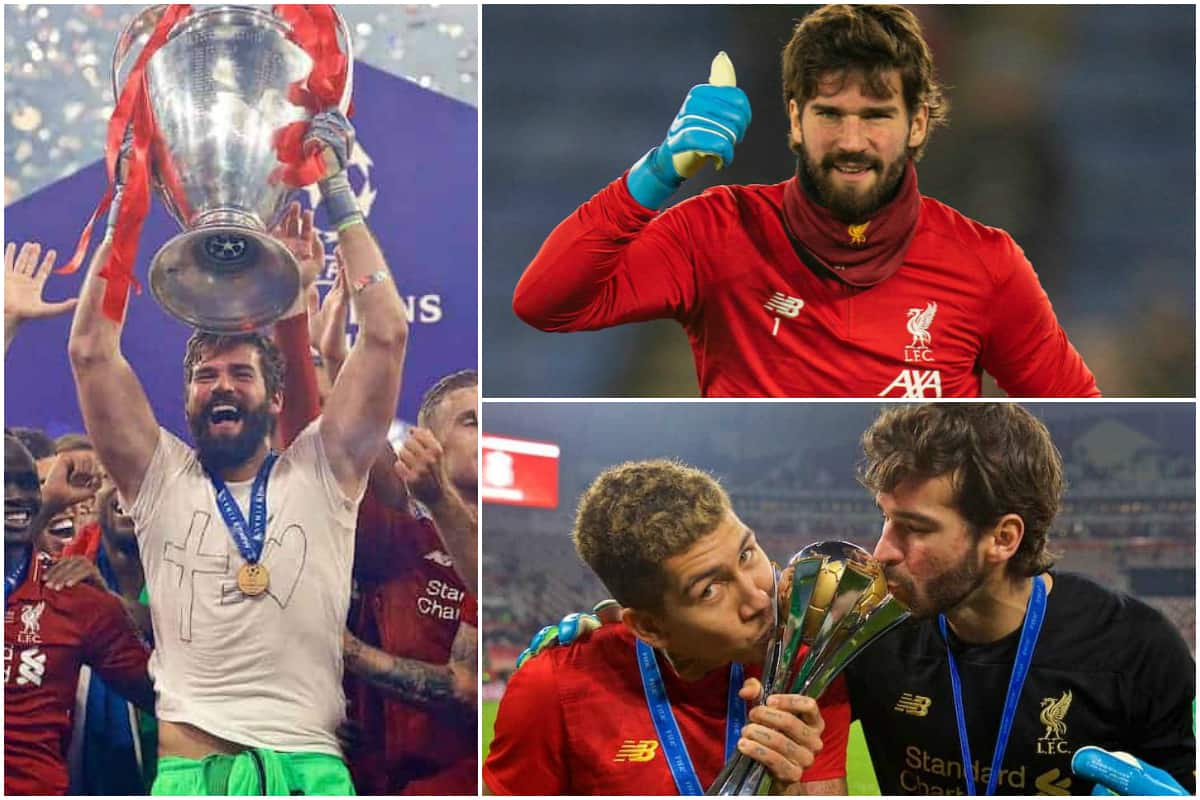 Winning breeds winning, goes the saying—and for our goalkeeper Alisson Becker, he hasn’t stopped picking up trophies since the moment he signed for the Reds.

The Brazil No. 1 is approaching two years at Liverpool now and the silverware and accolades have been non-stop through that period.

Fresh from adding the Premier League to his collection, Alisson Becker says the squad has no intention of letting this be the peak of their success: they want more, they remain hungry and are looking forward to the challenges ahead.

For Liverpool fans desperate to see recent success sustained throughout a run of seasons, it’s music to their ears—and having Ali at the back of the team gives us an advantage over most going into each game.

The Brazilian has now played 81 games for the Reds, with three trophies to his name in that time after winning the Champions League, Club World Cup and now the domestic league.

That’s without counting his Copa America success with Brazil last summer, and the fact he helped the Reds get to the European Super Cup, which was won while Alisson was injured.

He was also UEFA’s Goalkeeper of the Year for 2019 and he won the Premier League Golden Gloves award last season—and is in the running to repeat the trick this term.

All that success should make him a candidate for being extremely high in the running for the Ballon d’Or later in the year, but in the meantime he has his sights set on more trophies with the Reds, as he told the club website.

“It’s been amazing. I expected a lot of things when I came here, I expected to fight for those things [trophies and individual awards] but you never [think] it will happen so quick, in two years.

“But when you see what this team is capable to do, you see that this can happen any time. We fight for this. It’s not only about my performances, it’s about the team performances because individual trophies and individual awards came together with the championships and the team success.

“What we did, again it’s special and I want to do more. I want to keep doing that, keep winning things.

“When you win the first title, the Champions League [for us], the desire for winning just grows inside of you so we want to keep winning.

“I think only we put limits [on ourselves] and God, so I believe God gives us the choice to choose what we are going to do, what we want to do. We did already something special for this club, but you can see from what every player says inside the dressing room that we want to do more.

“This is our desire, we want to win more, win more titles for this club, win more individual awards.

“We want to be the best team and to be the best we can, the best version of ourselves. The sky is the limit so we need to keep pushing, we look forward also for the next challenge.

“Now the next challenge is the next game, but in a long perspective we have the next season and we will do everything to win that again.”

Alisson spoke of his “maximum respect” for Jurgen Klopp as manager and how his team-mates make him “feel special inside”, making Thursday’s celebrations with them even more meaningful. 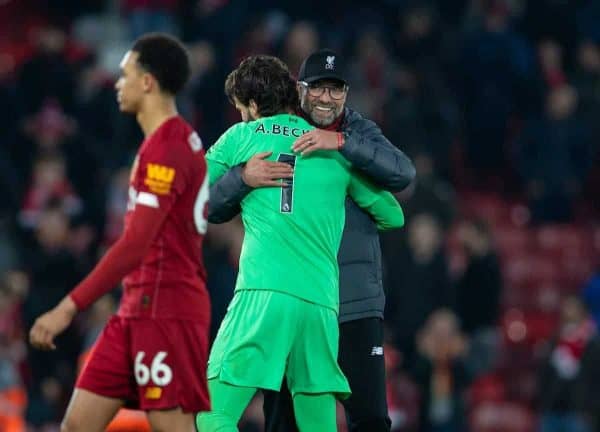 But the stopper also told of his happiness at how he has been given the chance to become a “legend here for Liverpool” and his delight at the atmosphere generated by all inside the club—staff, players, coaches and fans alike.

It’s enormously clear that the man who wears AB1 on his gloves is another player who has been welcomed so warmly at Anfield that he will be forever linked with Liverpool.

“This is becoming something really special for me, for my life,” Ali continued.

“This club will be part of my life and part of my history until the last day.”

He’s not even 100 games into his career on Merseyside, but already Alisson Becker’s name is one which has been indelibly written into folklore.

With him at the back and the squad as good as it is, Alisson has it exactly right on how much further we could go: “the sky is the limit”.