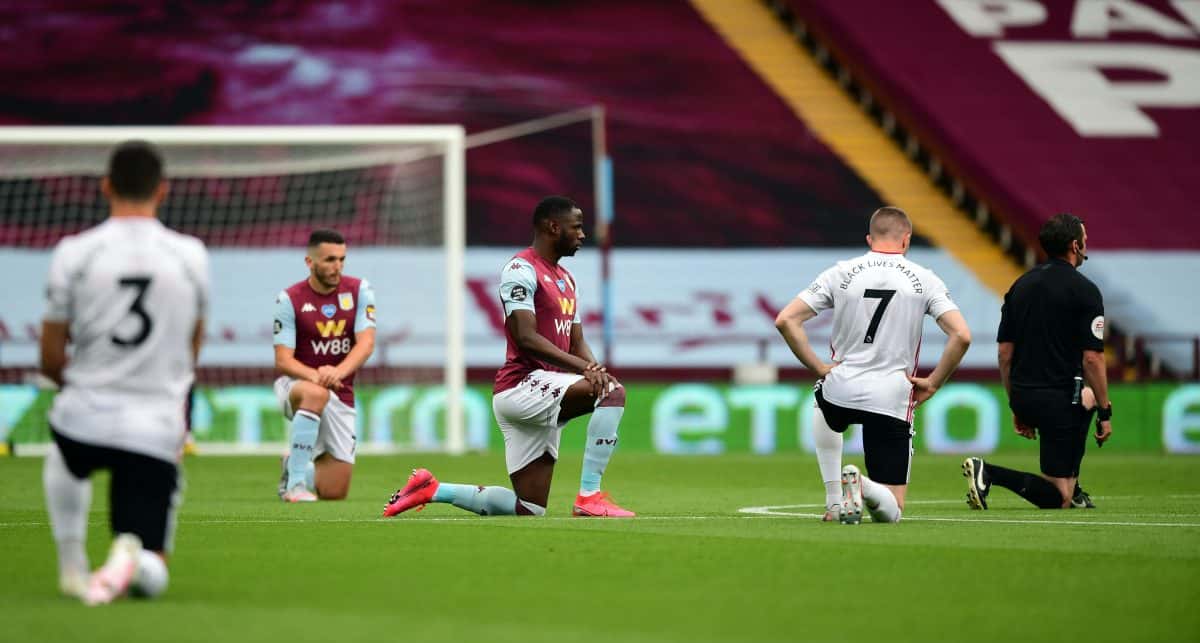 All players and match officials took a knee at the start of the match at Villa Park in support of the Black Lives Matter movement.

Referee Michael Oliver blew the whistle for kick-off, before he and his officials joined all the players in kneeling for around 10 seconds.

As will be the case across the Premier League, the players all warmed up in Black Lives Matters movement t-shirts with names on the back of the match shirts replaced with the same message.

Aston Villa released a statement, which read: “Aston Villa and Sheffield United were proud to stand in solidarity with the actions of the players and coaching staff of both football clubs during the first ten seconds of tonight’s Premier League fixture, expressing our collective support for the Black Lives Matter movement.

“In the first Premier League fixture of Project Restart both clubs hope that the act of ‘taking a knee’ will send a strong message of unity and amplify the many messages of support from Premier League players and the wider football family.

“The directors of both clubs, Dean Smith, Chris Wilder, Jack Grealish and Billy Sharp and the players of United and Villa are in full support of this action.

“We believe that ‘taking a knee’ at the start of the fixture and after the pre-match minute’s silence, allowed both clubs to pay their respects to COVID-19 victims and to show the deep gratitude we all feel for our brave and selfless front-line workers.”