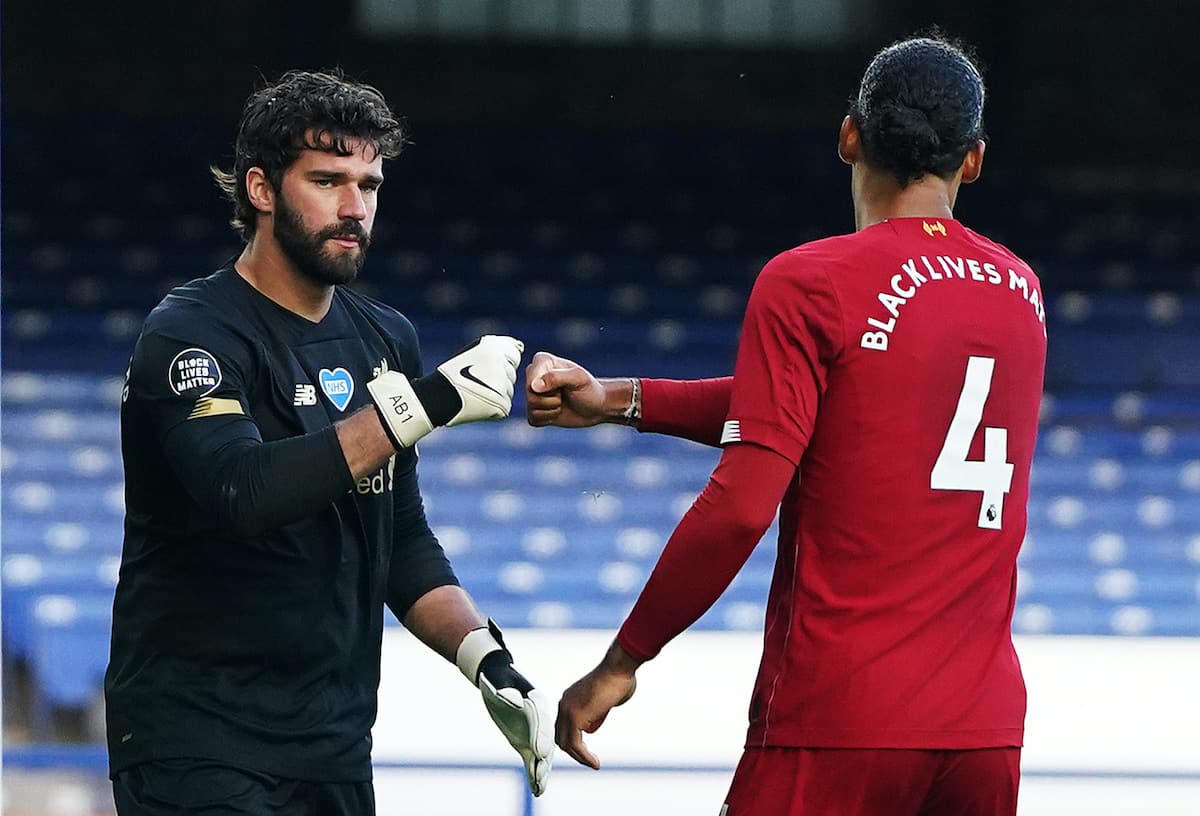 The overriding, positive message from the Liverpool squad following the 0-0 draw away to Everton on Sunday was that they are “one point closer” to the Premier League title.

Expectations surrounding the Reds’ return to action after a three-month break were perhaps unrealistically high, as no amount of training can fully prepare players for competitive action.

Played in an empty Goodison Park, with none of the canned atmosphere provided to supporters at home, it will have been a strange evening for Jurgen Klopp‘s side.

They struggled to really test Jordan Pickford throughout, with Joel Matip going closest with a free header that he powered wide, and at the other end Alisson was required to deny Dominic Calvert-Lewin a possible winner at the death.

In that regard, it could be considered a point gained, and the clean sheet was Jordan Henderson‘s focus as he analysed a performance that “just lacked that bit in the final third.”

“I think we can be a lot better of course. We know that, [but] there were still some positive things that I thought were good,” he told LFCTV.

“We tried to adapt to the situation but overall obviously we are disappointed because we wanted to come here and get the three points.

“But there are still plenty of positives, a clean sheet and I thought we defended really well. We just lacked that bit in the final third.” 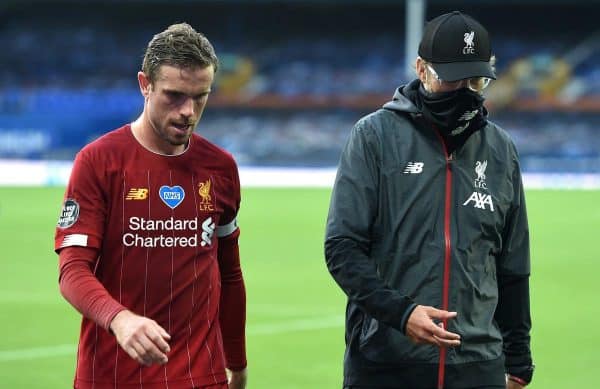 A failure to win is, of course, a disappointment, but Henderson remains optimistic as he looked ahead to Wednesday night, and the tight turnaround ahead of the visit of Crystal Palace:

“Every game in the Premier League is tough and each team.

“You look at our next game against Crystal Palace, who performed well on Saturday, so every game we play will be tough.

“We’ve just got to perform as best as we can and try and win as many games as we can.”

On social media, the keyword was “closer,” and it cannot be overlooked that despite not being able to take all three points, Liverpool still picked up one more of the maximum of six required to clinch the title.

Henderson, Virgil van Dijk and Joe Gomez embraced a feeling no doubt shared throughout the squad, that it was simply “great to be back out there”:

Great feeling being out there again, looking forward to our last 8 games! ?

Great to be back out there! Now onto Wednesday! ?? #YNWA

Great to be back out there, focus turns to the next one ??? #LFC

For Gini Wijnaldum, it was “not the way we wanted to return,” but a point is a point and with just two days until the visit of Palace, there is a need to “refocus”:

Not the way we wanted to return, but we knew this would be a tough game. One point closer to our goal, we will refocus and be ready for the next match ?? #EVELIV #MerseySideDerby

Trent Alexander-Arnold kept it simple, posting a powerful image of his No. 66 shirt complete with the phrase Black Lives Matter, along with another of his boots from the game:

Adrian was an unused substitute at Goodison, and while he admitted it was “not the score we wanted,” the Spaniard stressed the message of being “one point closer”:

It is still unclear when Liverpool will win the title—though there is universal agreement that it is already theirs—and the hope is they can return to winning ways before their coronation.

Palace made light work of Bournemouth on Saturday, and should not be underestimated when they arrive at Anfield, but the Reds will be eager to celebrate another three points closer come the end of Wednesday night.